‘Truth is my best defender’: Russian ‘spy’ Maria Butina suspected of trying to infiltrate the GOP breaks her silence from prison and shares never-before-seen photos of the moment the FBI raided her apartment while she was baking banana bread

Gun-loving Russian ‘spy’ Maria Butina has spoken out from prison for the first time to insist she is not working for the Kremlin and share photographs of the day the FBI raided her apartment while she was baking banana bread.

In December, she gave a series of recorded interviews to James Bamford. They are detailed in The New Republic on Monday and were featured on Good Morning America on Monday.

Among them are recordings of Butina saying that her ordeal has caused ‘so much pain’ for her family. 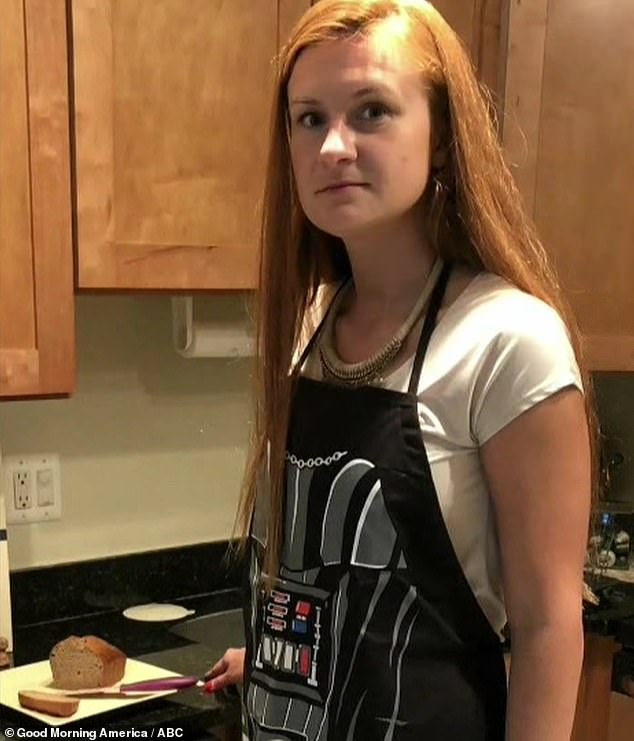 Maria Butina, 30, is shown in a photograph she had taken on the day FBI agents raided her Washington DC apartment in April while she was baking banana bread. She is now incarcerated in a Virginia prison awaiting sentencing for infiltrating political groups but insists she has never worked for the Russian government as she is suspected of 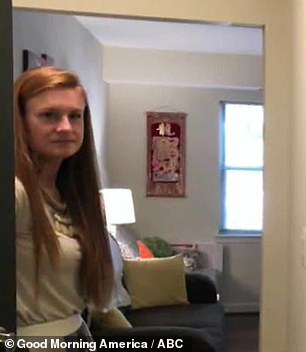 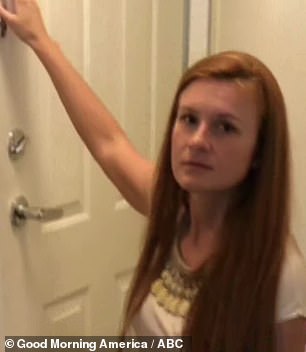 She also denied the allegation that she was working for the Russian government by trying to infiltrate the Republican party through her connections to the NRA, saying: ‘If I would be invisible Russian spy, you would never see me in public. I would be the most unseen person on earth.

‘Truth is my best defender here.’

When the FBI raided her Washington DC apartment in April, she was wearing an apron and baking banana bread, she said.

Photographs she had taken after agents had left show her posing in her kitchen with a loaf of bread, wearing the apron, and looking stunned as she opened the door.

She said the wholesome domestic image shocked the agents who ‘pounded on her door’.

‘I was completely shocked. They pushed me in and realized that I’m wearing an apron. 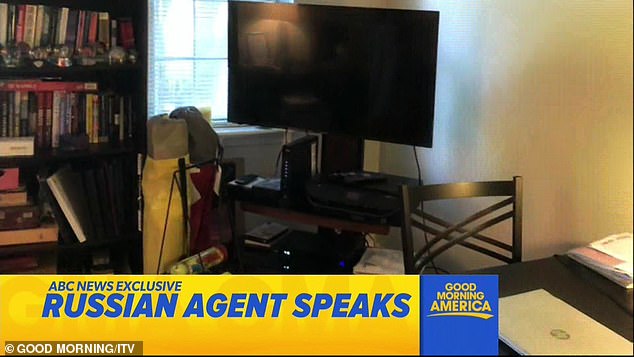 She also shared photographs of inside her apartment from after the raid which show her belongings in order. She claims she was studying at the time in Washington

‘Me, making banana bread. That was the picture,’ she said.

Butina, who was in a relationship with conservative political operative Paul Erickson, 57, also lamented her prison life. 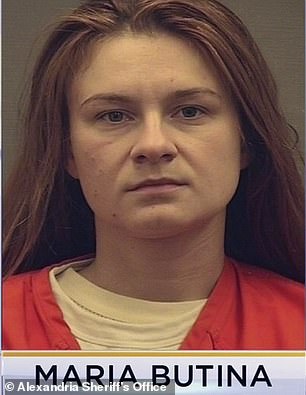 Butina is pictured in her July mugshot. She is cooperating with the authorities while she awaits sentencing

In other interviews with Bamford, she complained that she was now hated by her home country, which believes she is working for America, and in America.

‘Look, I imagined I could be in prison in Russia. I could never imagine I could go to jail in the United States. Because of politics?

‘I didn’t know it became a crime to have good relations with Russia—now it’s a crime.

Butina is facing a maximum of five years behind bars but her sentence has not yet been confirmed.

She is cooperating with officials but she has not been interviewed by Special Prosecutor Robert Mueller’s team as part of its probe into the Trump campaign. 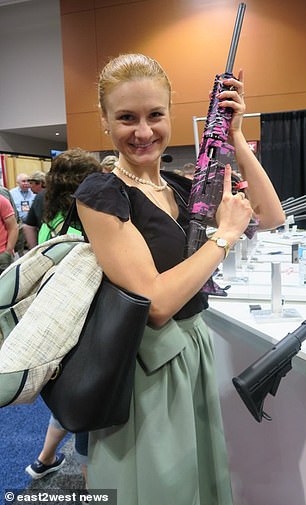 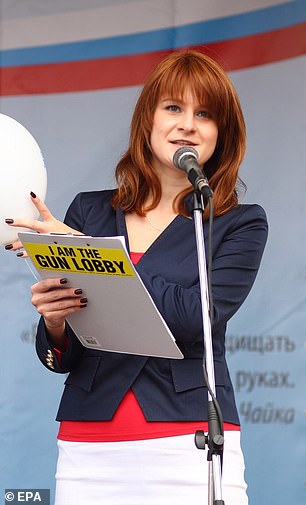 Hiding in plain sight? Butina argues that she would be the ‘worst’ spy because she led such a visible life and planted herself at the heart of NRA events where she posed with weapons (left) and also lobbied 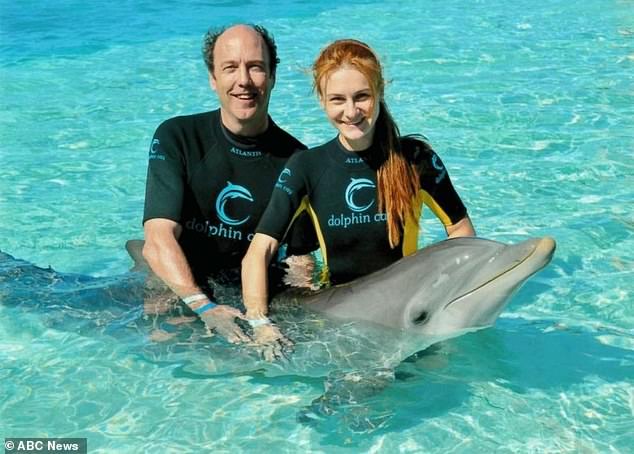 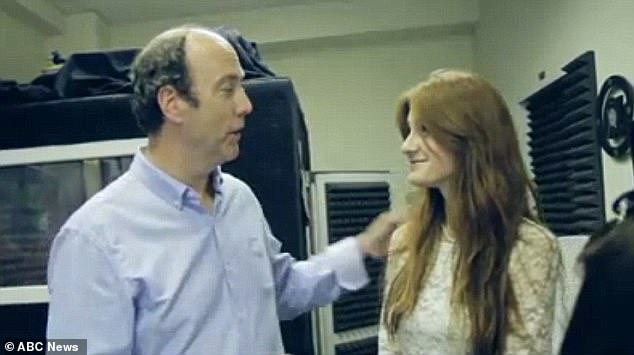 The par are pictured recording a song together. His case is not thought to be related to Butina’s 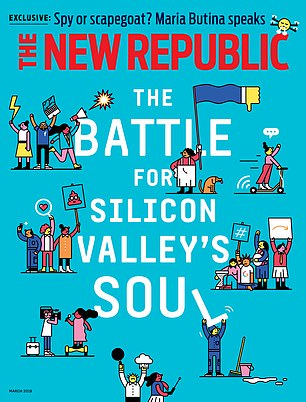 He is a well-known figure in Republican and conservative circles and was a senior official in Pat Buchanan’s 1992 Republican presidential campaign.

Prosecutors said Erickson defrauded ‘many victims’ from 1996 through August 2018.

The indictment accuses Erickson of concocting a variety of schemes to carry out well over $1 million in fraudulent transactions in South Dakota and elsewhere.

He is accused of recruiting investors for a string of elder care homes, developing a wheelchair that allowed a person to use the bathroom from the chair, and home-building in North Dakota’s booming oil fields.

Erickson made false representations to get people to invest in the schemes, according to the U.S. Attorney’s Office.