EuroMillions winner Adrian Bayford has suffered a new blow after the sale of his £6.5m luxury mansion fell through – after two years on the market.

Horseheath Lodge – complete with pool and 189-acre grounds – was put up for sale in 2018 but according to sources, Mr Bayford found an American buyer a few months ago who planned to use it as a wedding venue.

Ex-postman Mr Bayford, who raked in his massive £148m lottery win in 2012, paid £6.5m for the Grade II-listed Georgian manor house and estate in Linton, near Cambridge, soon after his win and moved in with then-wife Gillian. 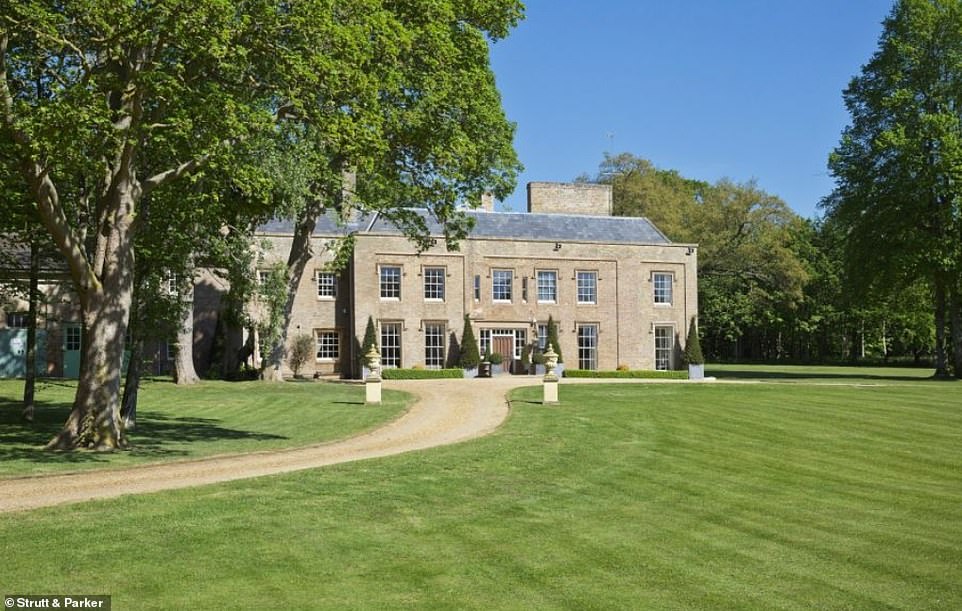 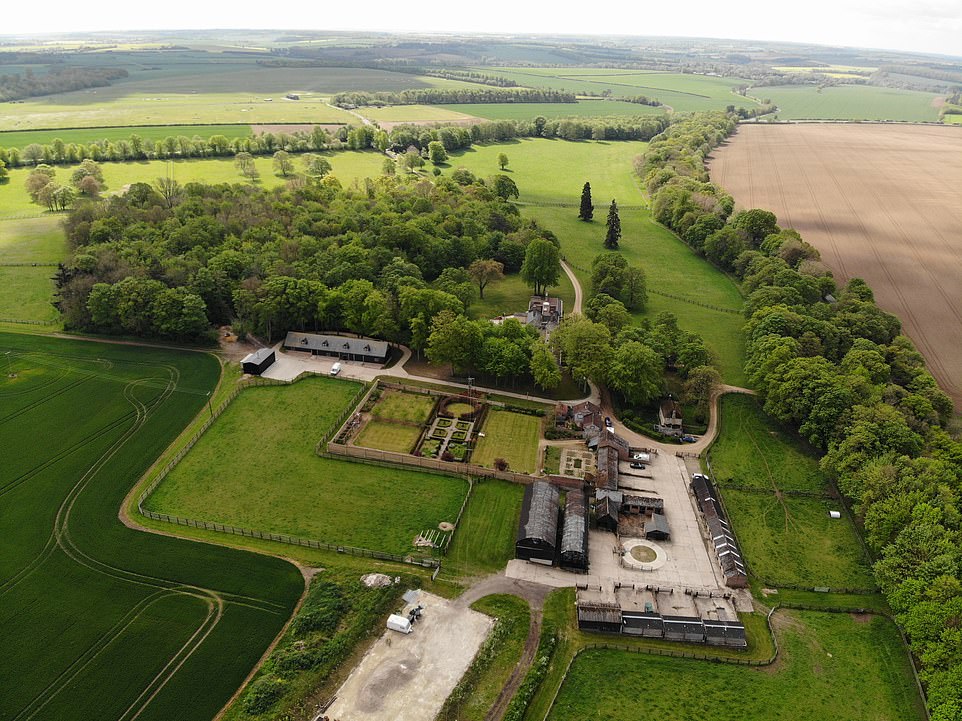 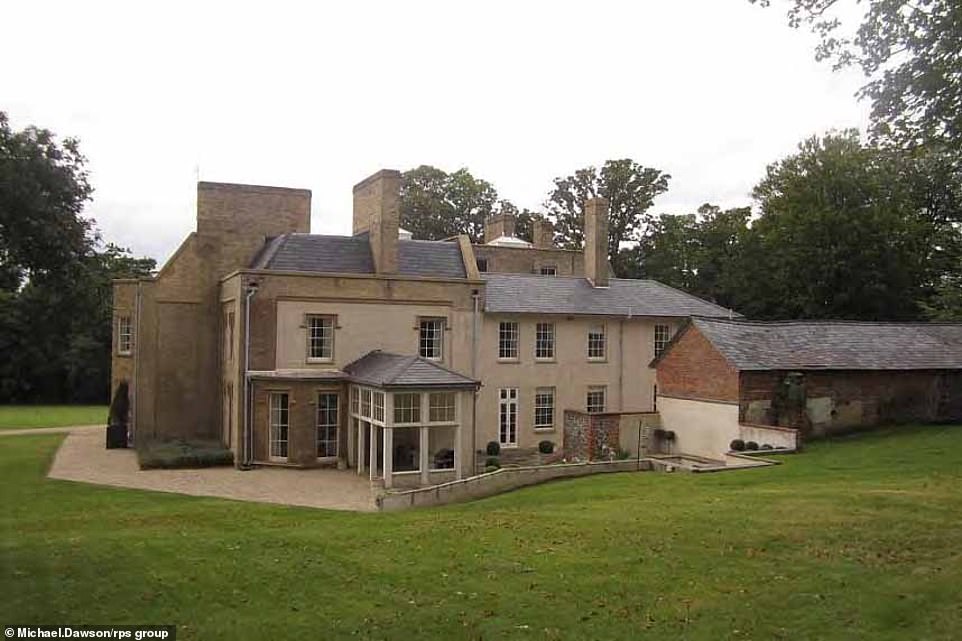 Ex-postman Bayford, who raked in his massive £148m lottery win in 2012, paid £6.5m for the Grade II-listed Georgian manor house in Linton, near Cambridge, soon after his win and moved in with then-wife Gillian 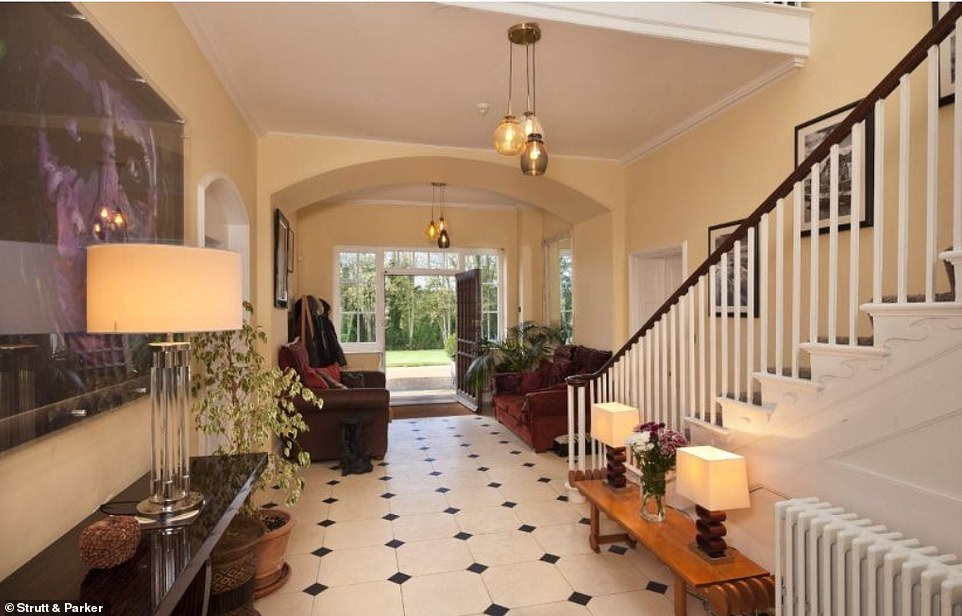 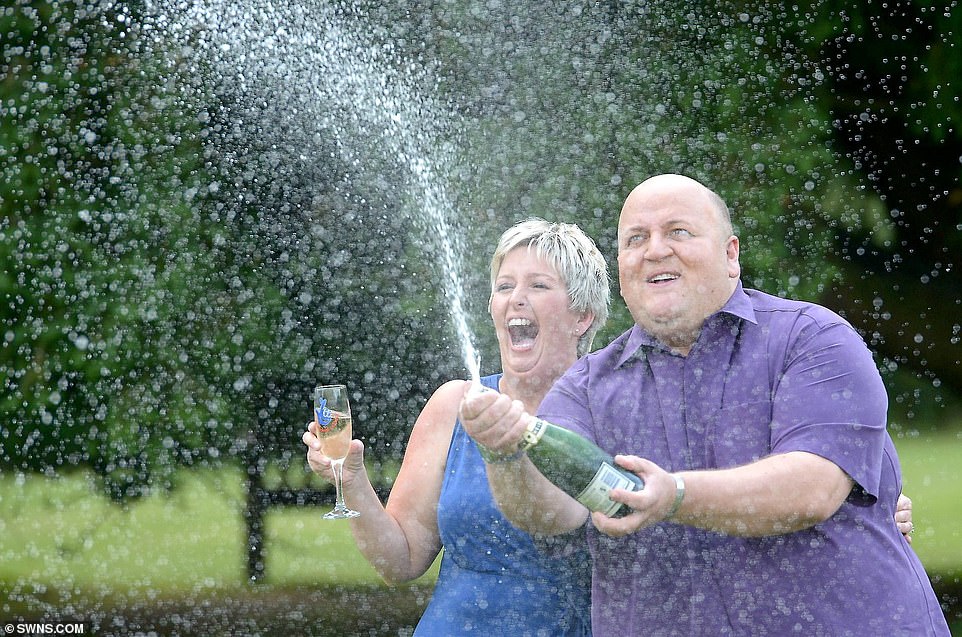 Friends say he is keen to sell as quickly as possible having suffered heartbreak there with Gillian, from whom he split the following year because of the stress of the win

But friends said the lottery millionaire has been desperate to be rid of the house and its estate because it is a constant reminder of his bad luck since Gillian divorced him and two girlfriends subsequently left. 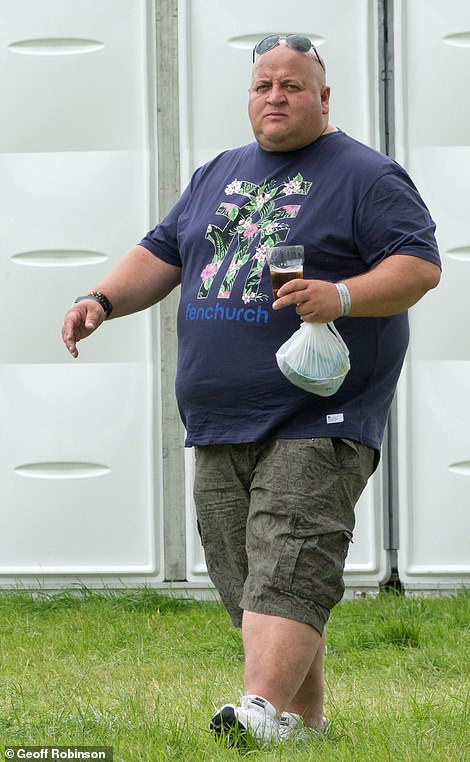 According to a source, he accepted a ‘blind’ offer early in the lockdown from a US businessman, who couldn’t travel to the UK to view it because of the pandemic, but based his valuation on the estate agents’ brochure instead.

But last month, as the sale was about to be finalised, the buyer suddenly withdrew their offer.

‘Adrian’s really upset about the sale falling through,’ said the source. ‘He just wants to move on as the house represents a lot of things that have gone wrong since his big win.

‘After Gillian left, he began to live in just a few rooms on the ground floor and a lot of the house was a bit unlived in and neglected. It’s a shame because it has so much potential.

‘He regrets ever buying the house, and feels he’s actually bought it twice, because at the time of the divorce in 2014, he bought it from Gillian for about the same as he paid for it.’

Mr Bayford moved out of the house a year ago and bought one in Scotland, to be nearer to where his ex-wife had moved with their children.

Horseheath has stood empty since then and in August Mr Bayford was forced to step up security after squatters started using his swimming pool and gym.

As well as the outside swimming pool, there are five further cottages, equestrian facilities and a barn with office space. 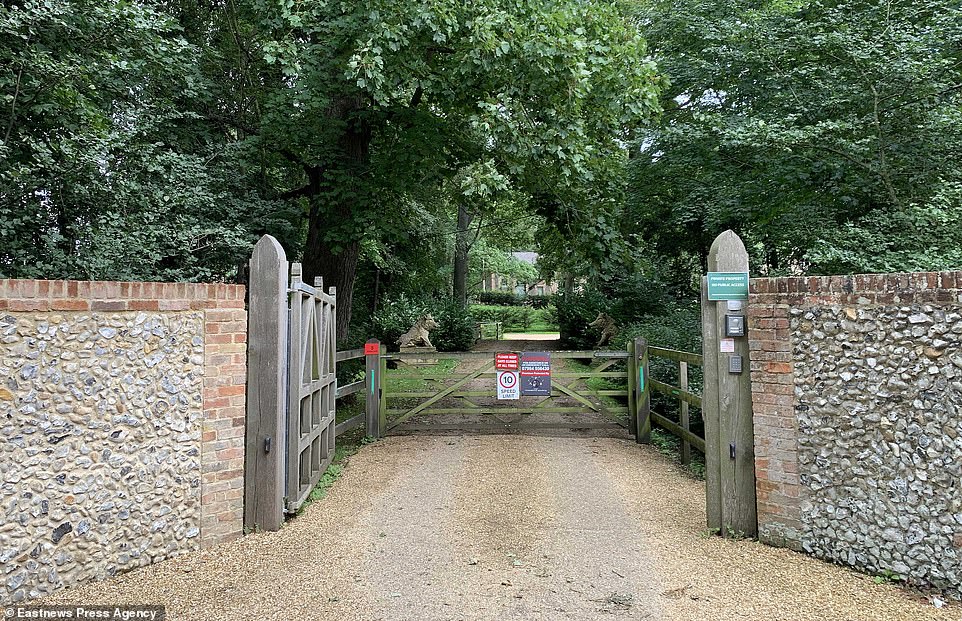 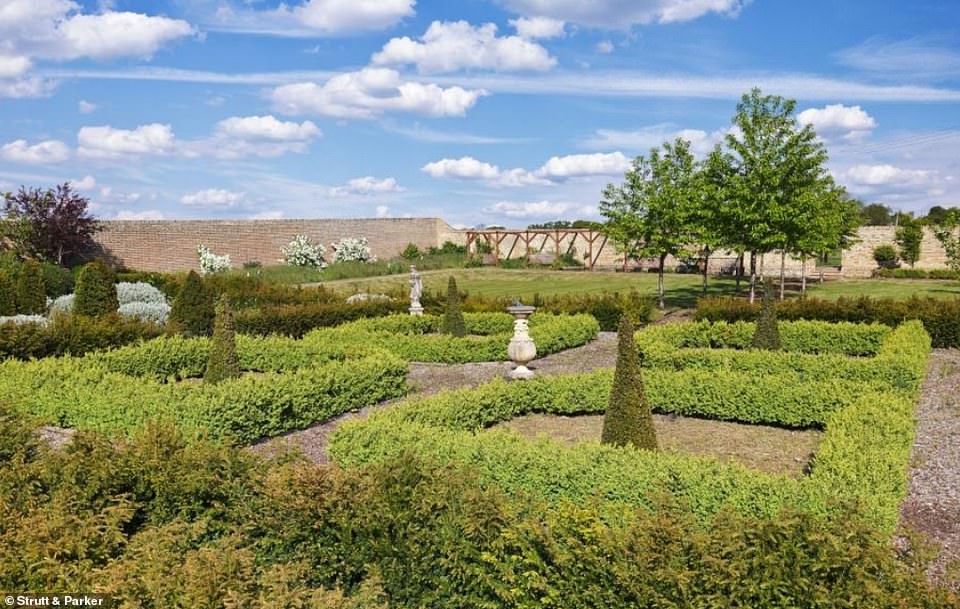 The property with its stunning garden (pictured) carries with it some bad memories for Adrian – it’s where he lived when he divorced Gillian and a fiancee called off their engagement, plus it’s where two more relationships broke down for him 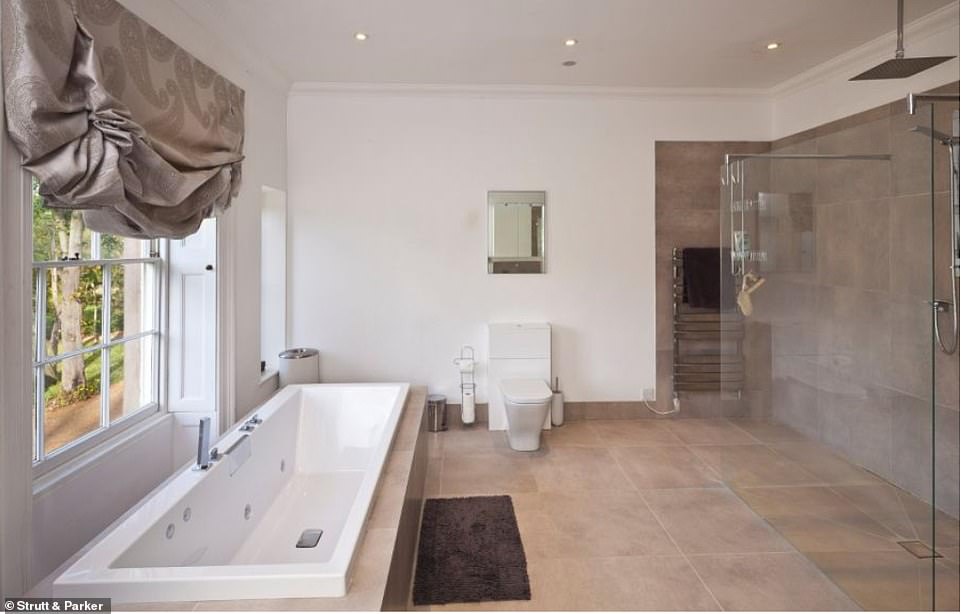 Now that the sale has fallen through, Bayford is putting it back on the market hoping to tempt a new buyer into purchasing it 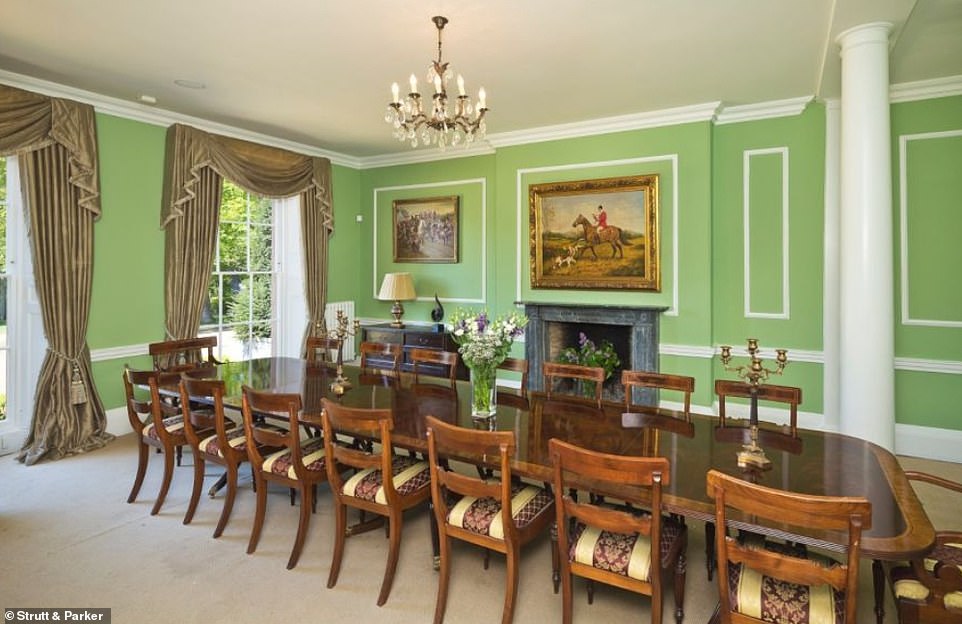 The rising price of goods in the years since means the 189-acre estate would cost more than £7.2m today, but the ex-postman is still marketing the house for £6.5m

At one stage following his divorce, Mr Bayford vowed to sell up and move to begin a new life in Australia because of his disastrous love life.

Horseheath Lodge is one of 38 properties Mr Bayford bought after he won his millions. The rest of his property empire is in his home town of Haverhilll, Suffolk, some of which he has already sold off.

He also bought two record stores there, but closed them as he planned to up sticks and move Down Under.

Security lights are now being left on at Horseheath throughout the day and patrols are taking place in the grounds.

The case against Christian B: Experts examine evidence as paedo becomes prime suspect in Madeleine's disappearance

'People are dying, and you are doing nothing!': Florida gov heckled