The father of slain 6-year-old Jace Young is lashing out against liberal San Francisco District Attorney Chesa Boudin’s “broken” criminal justice system as his son’s convicted killer could serve less time in prison than the age of the boy who was shot to death.

When gunfire rang out on July 4, 2020, in San Francisco’s Bayview District as neighbors were outside for a fireworks show, bullets struck 6-year-old Jace Young, who was rushed to the hospital but did not survive.

Investigators quickly identified two of the assumed four gunmen, then-17-year-old Deshaune Lumpkin and 18-year-old James Harbor. But months would pass before Harbor was arrested on Jan. 6, and more time would go by before Lumpkin was apprehended on Aug.11 – over a year from when Young was killed.

Following a two-week hearing in juvenile court, Lumpkin, now 18, was found guilty Monday of four of the six counts against him related to the child’s Fourth of July killing.

But the slain boy’s father, Jason Young, said the guilty verdict was no victory and has left his family “devastated” because Boudin ran on the campaign promise of never allowing an offender who commits a crime when he or she is under 18 to be tried as an adult – no matter how heinous the offense might be. 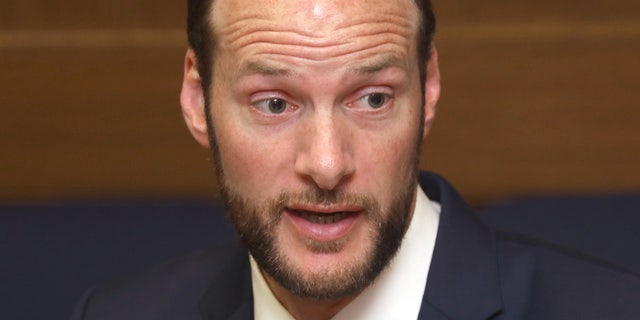 Boudin, a Democrat who’s been at the helm of the Bay-Area prosecutor’s office since the start of 2020, is facing a second recall effort after the first attempt at his ouster failed earlier this year.

Because he was tried as a juvenile, Lumpkin can only be held for a maximum of eight years until his 25th birthday. And despite the shooters only being months apart in age, Harbor, now 19, was tried as an adult and is potentially facing 50 years to life for Young’s death.

“I am so angry with Chesa Boudin right now. He makes San Francisco’s criminal justice system a complete joke,” the boy’s father said. “The killer of my 6-year-old son will likely serve less time than the age of my son because of Chesa’s campaign promise. Boudin’s campaign promises do not protect San Franciscans and ensure justice – they only allow criminals, and in this case, murderers, to return to the community.”

The elder Young, whose statement was distributed by a group leading the second recall effort against Boudin, further asserted that San Francisco has a district attorney and public defenders aiding criminals, “while crime victims and residents have no one fighting for them.”

“Some wonder why the Black community doesn’t have faith in the justice system,” the grieving father continued. “We cannot help but feel that if this had happened to a White child in another neighborhood, we would not be having this discussion; we would not have this result from a dismissive, out-of-touch district attorney. At the very least there would be some real accountability in Jace’s case.”

“As the cycle of violence continues in San Francisco, our family and everyone else affected by this senseless crime and lack of accountability is traumatized,” Young said. “To be a victim of crime in San Francisco is a complete nightmare under District Attorney Boudin. This is just another example of how he is failing our community and the city of San Francisco. This isn’t justice for Jace, and this isn’t what our city deserves either. No family should ever go through what we are going through.”

Fox News Digital has reached out to Boudin’s office for comment.

Fun rides or death traps? E-scooters to be made legal on our roads