Neighbouring buildings shook during the suspected gas blast in Sapporo, with some residents saying they thought the blast was an earthquake. 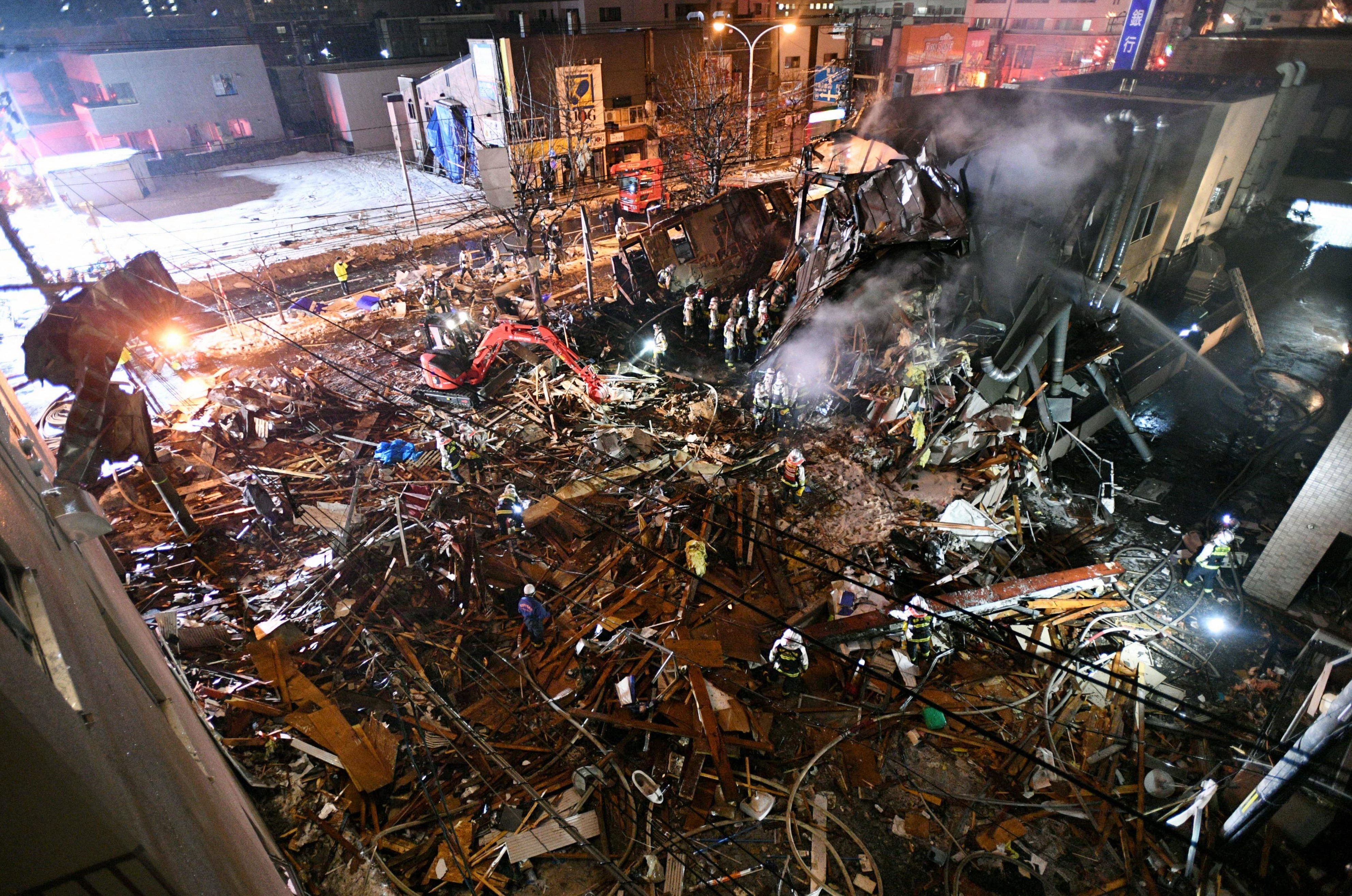 A total of 42 people were injured, with just one in a serious condition.

A man told The Japan Times that he heard a loud "bang" that sounded like thunder.

Footage has shown the extent of the damage after the explosion, with rubble shown strewn across the street and the restaurant completely destroyed as well as an estate agents which was in the same building.

Another eye witness said the blast had shattered windows. 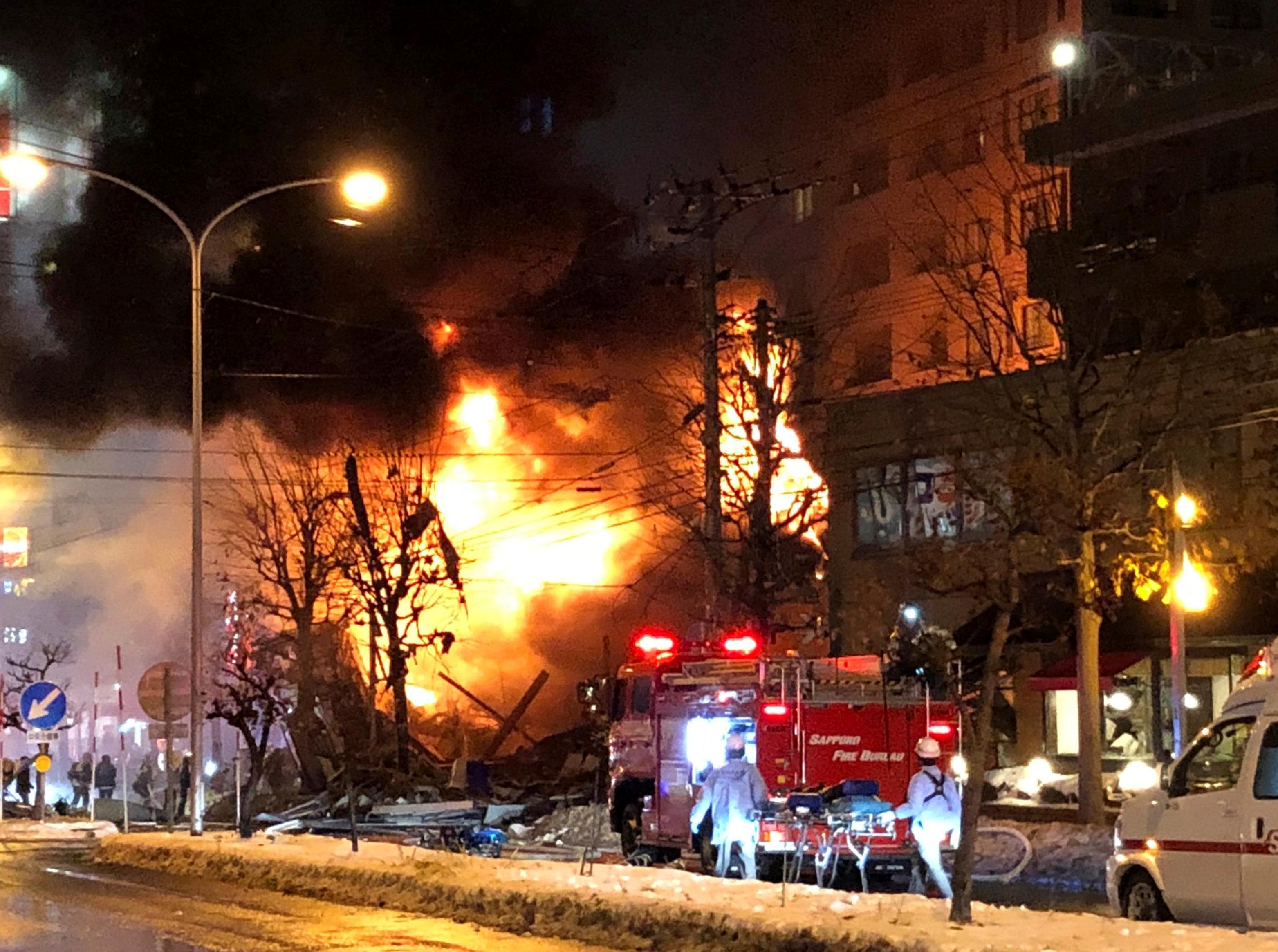 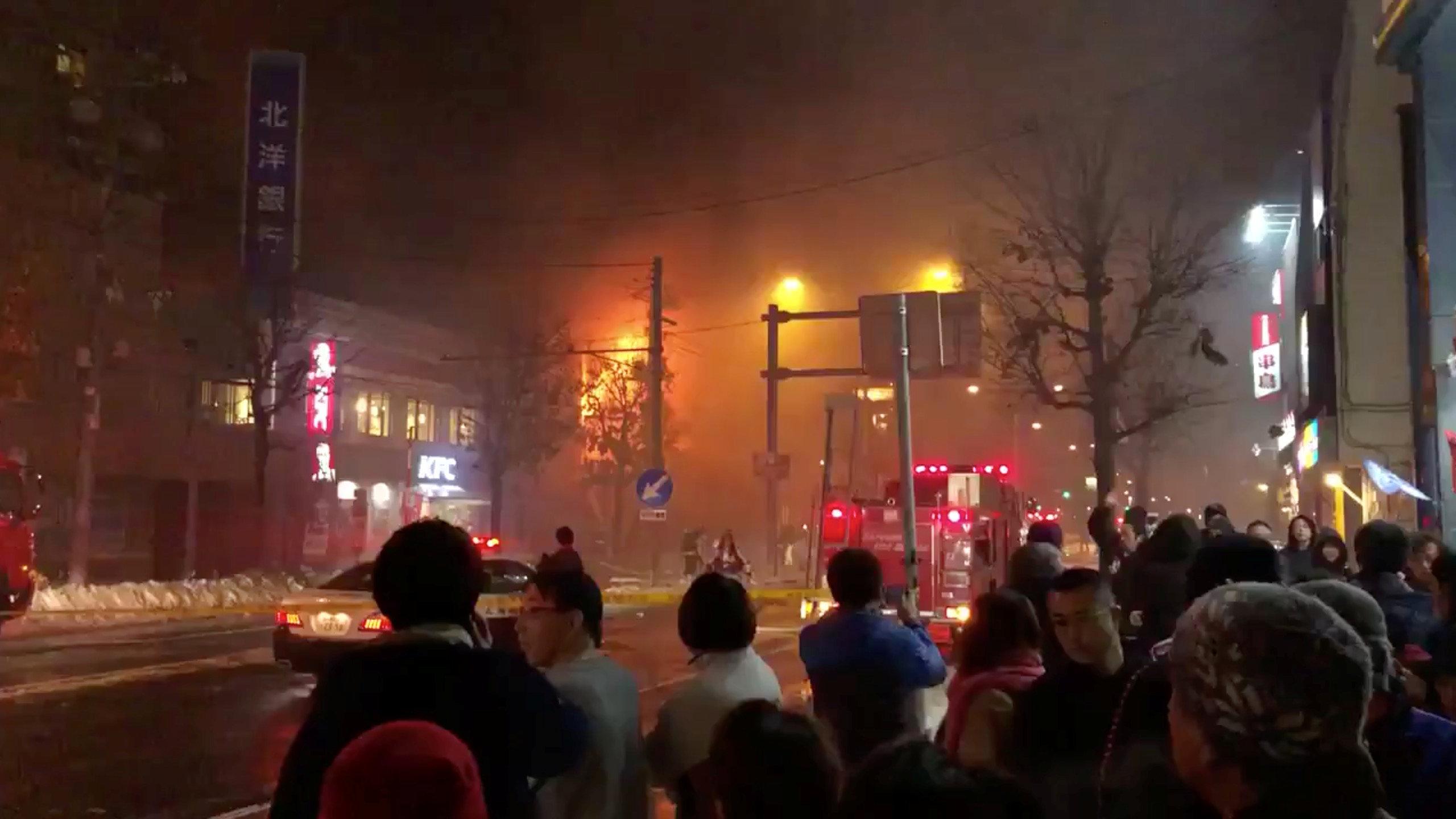 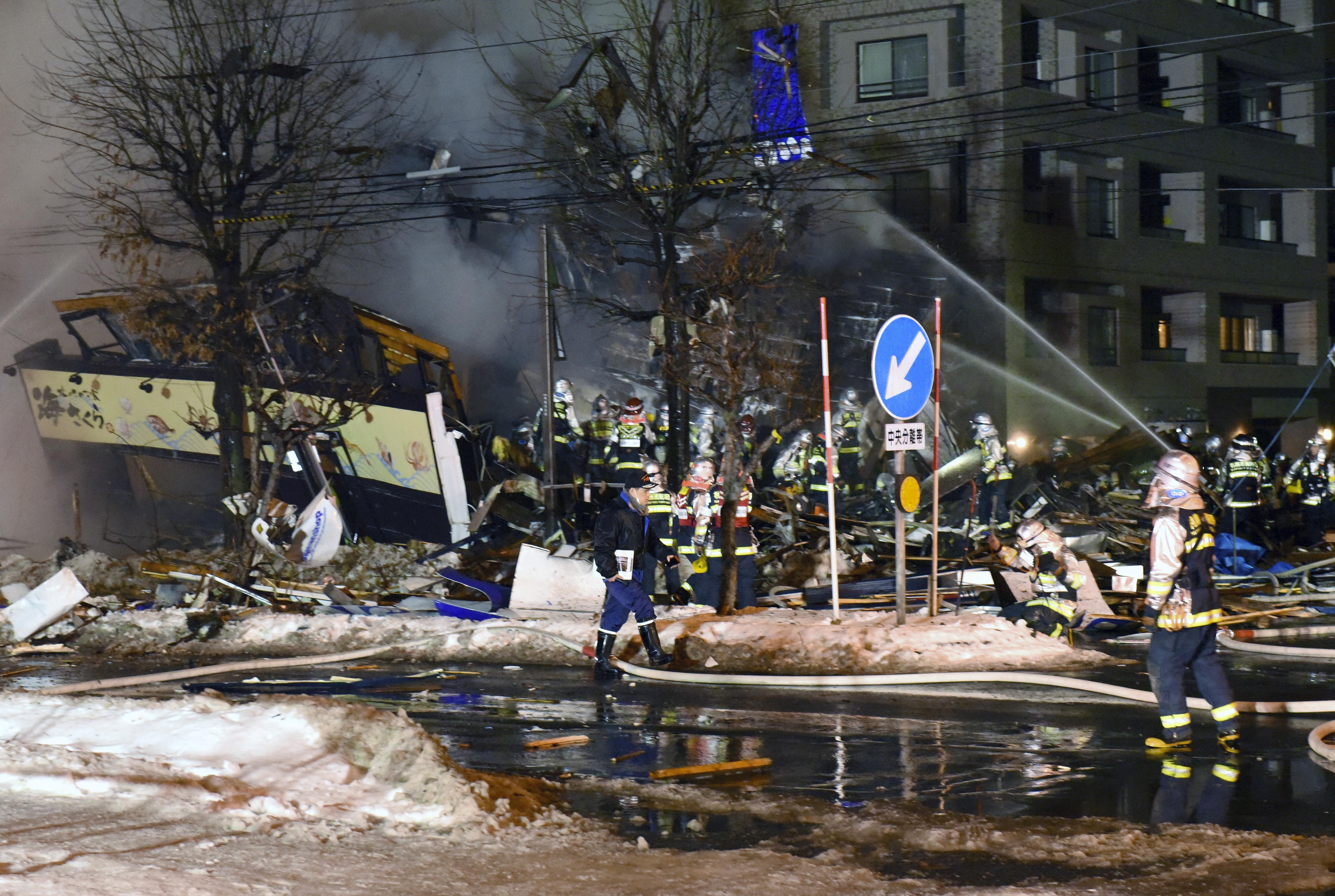 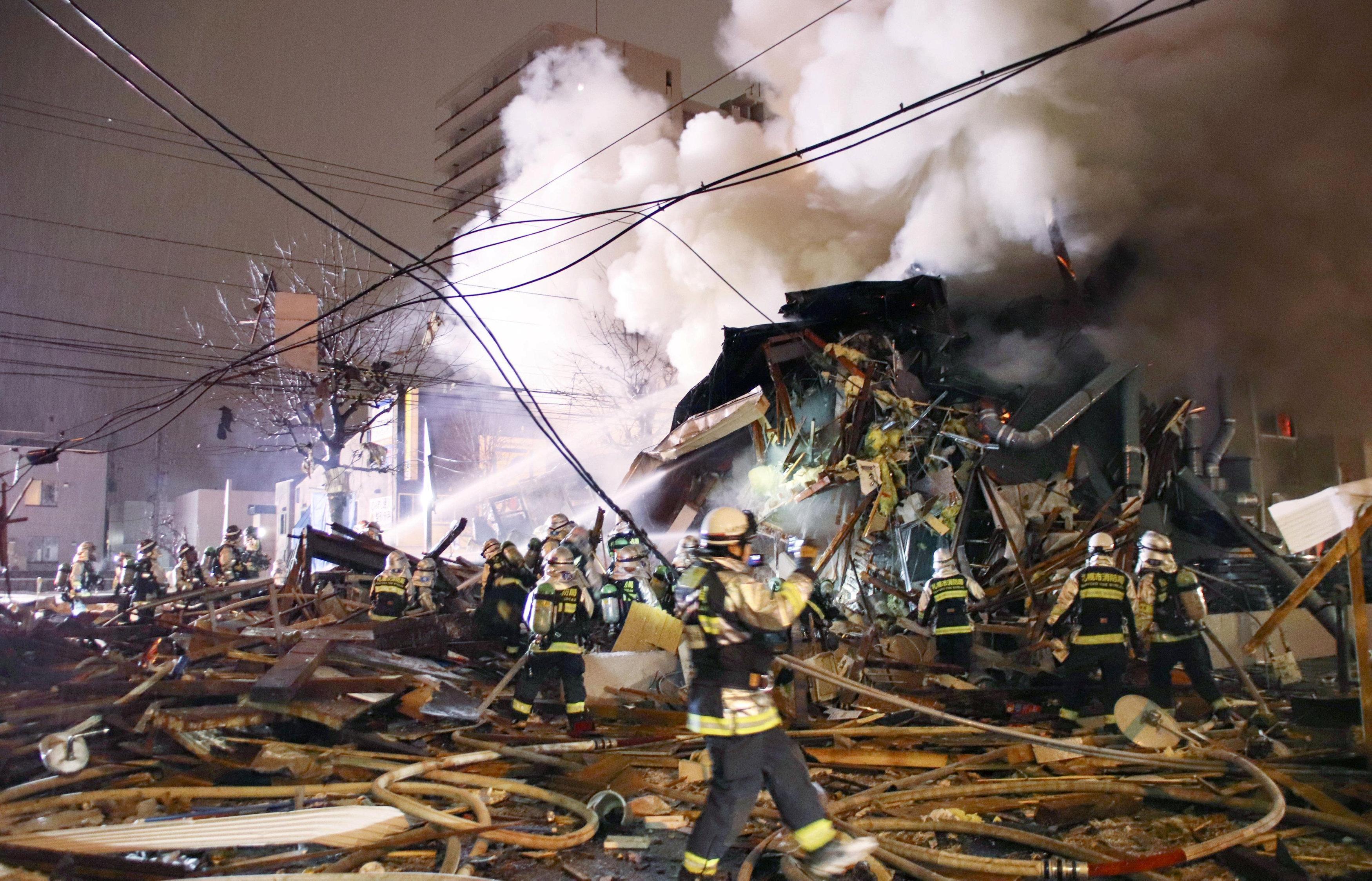 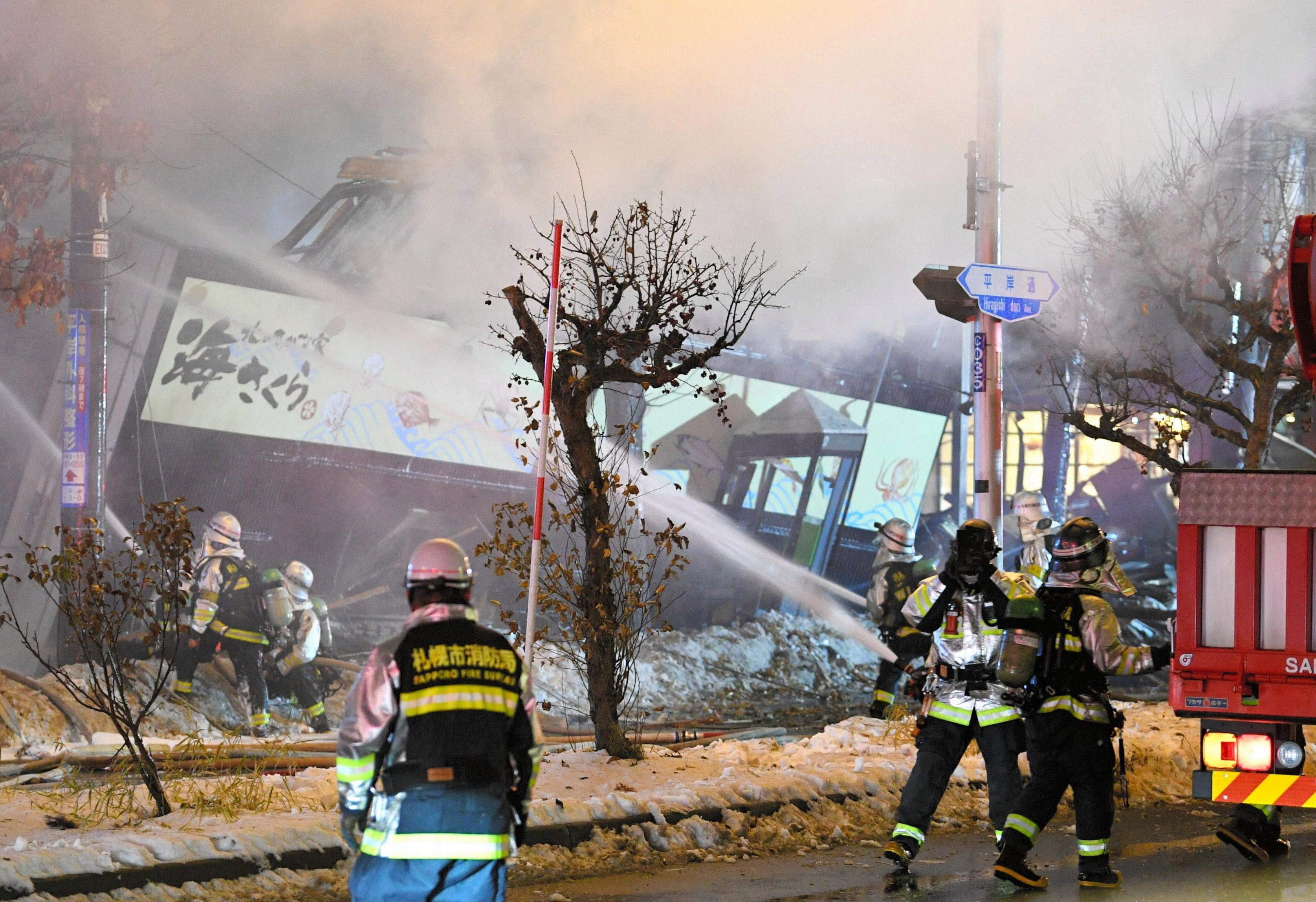 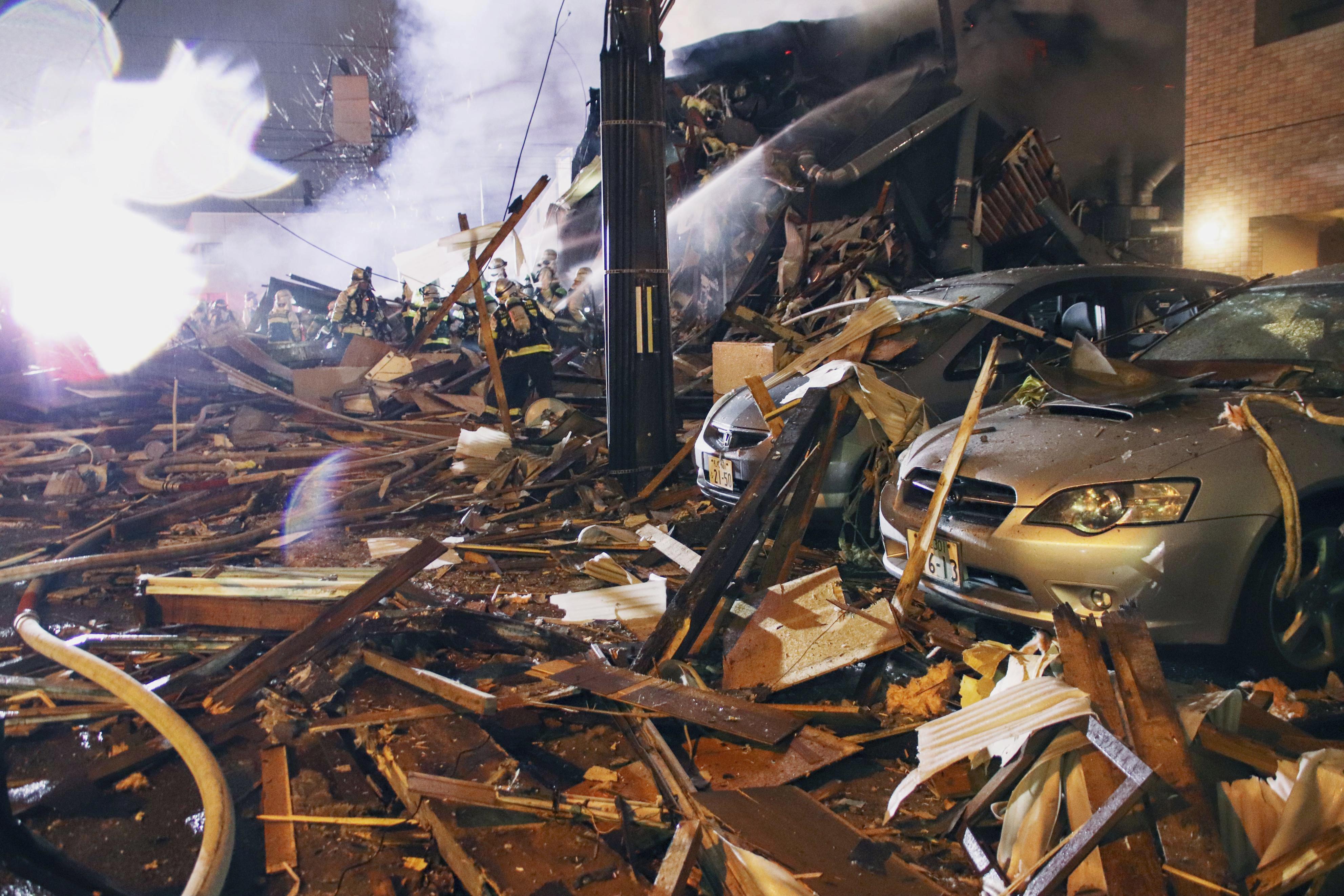 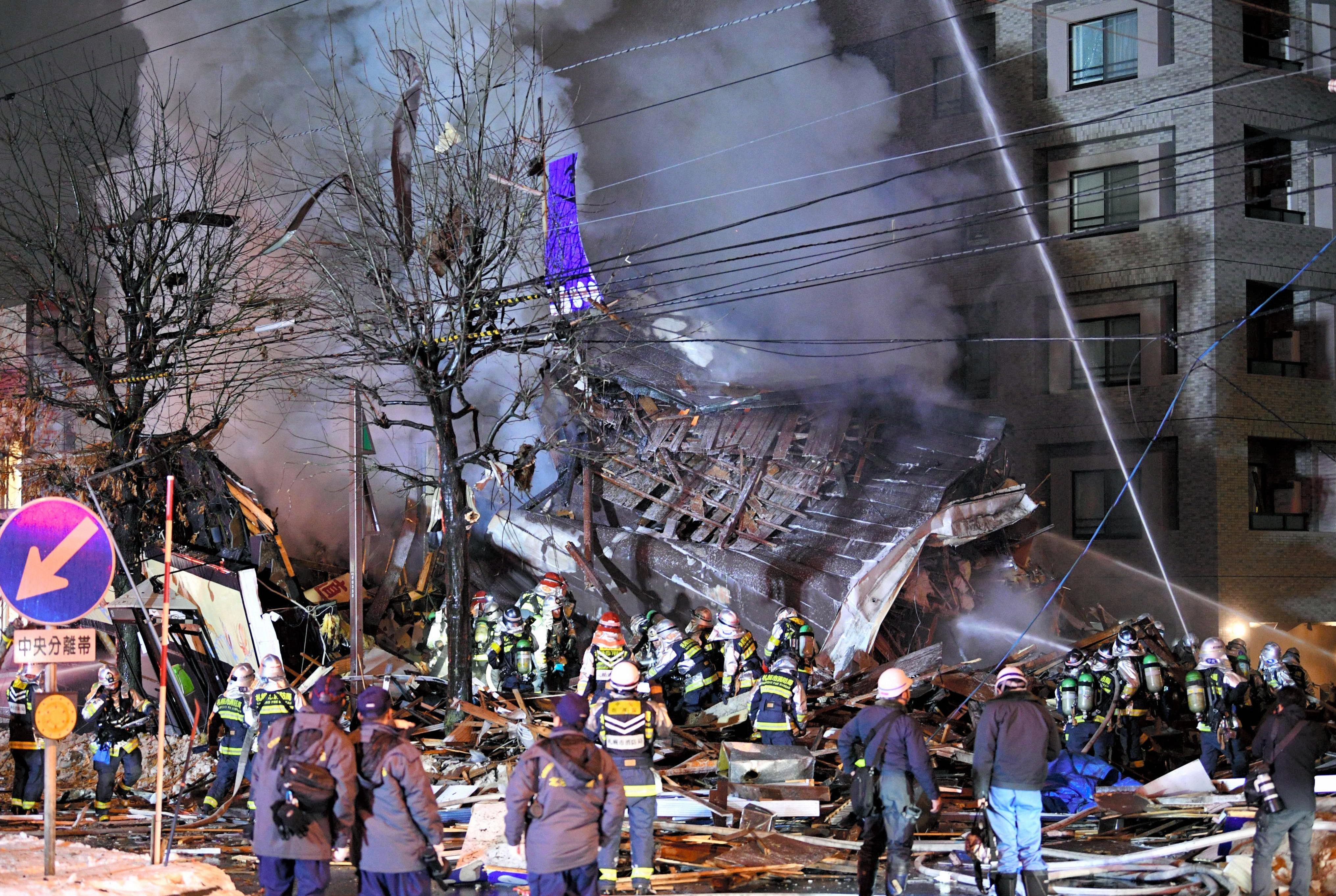 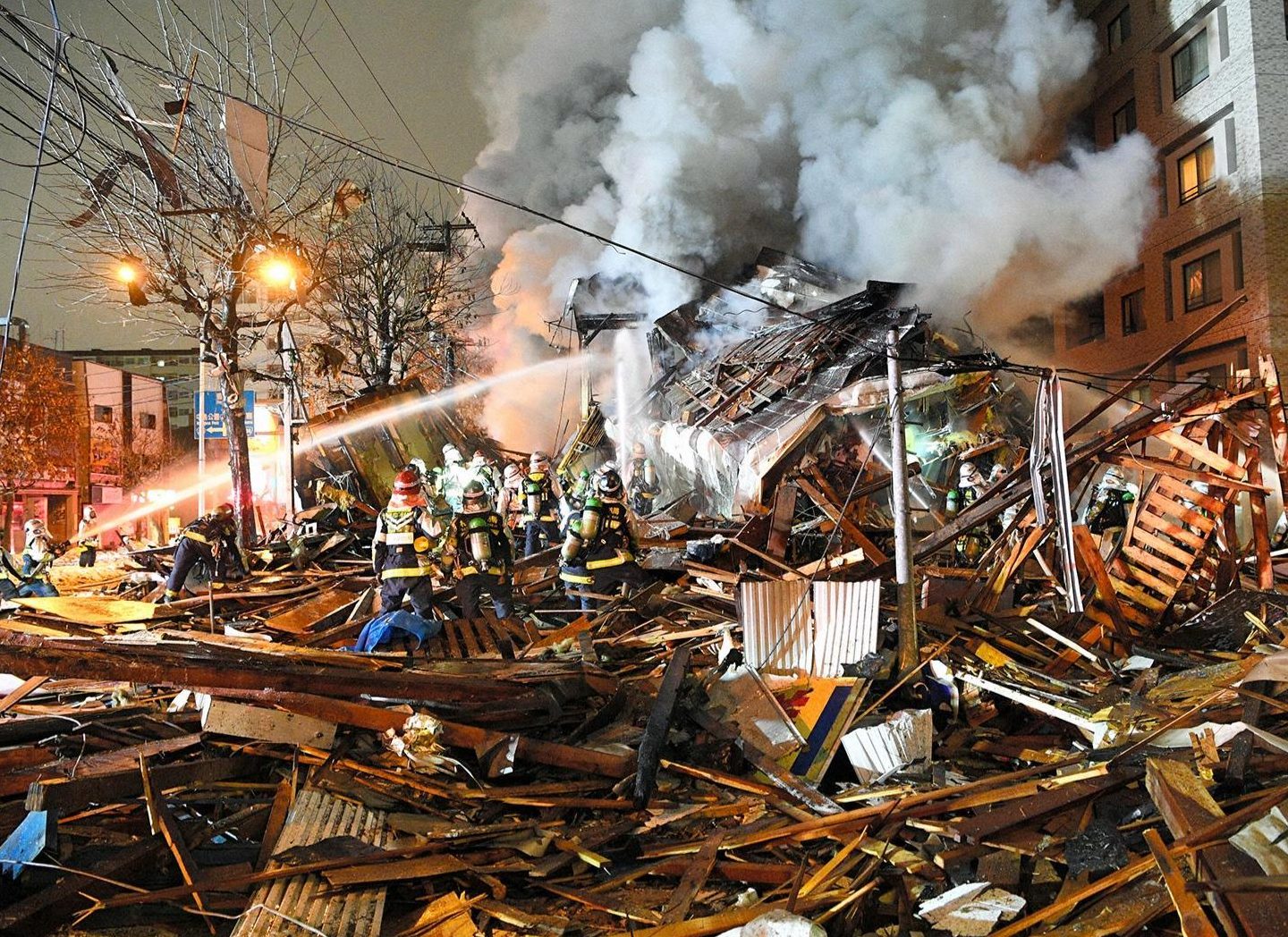 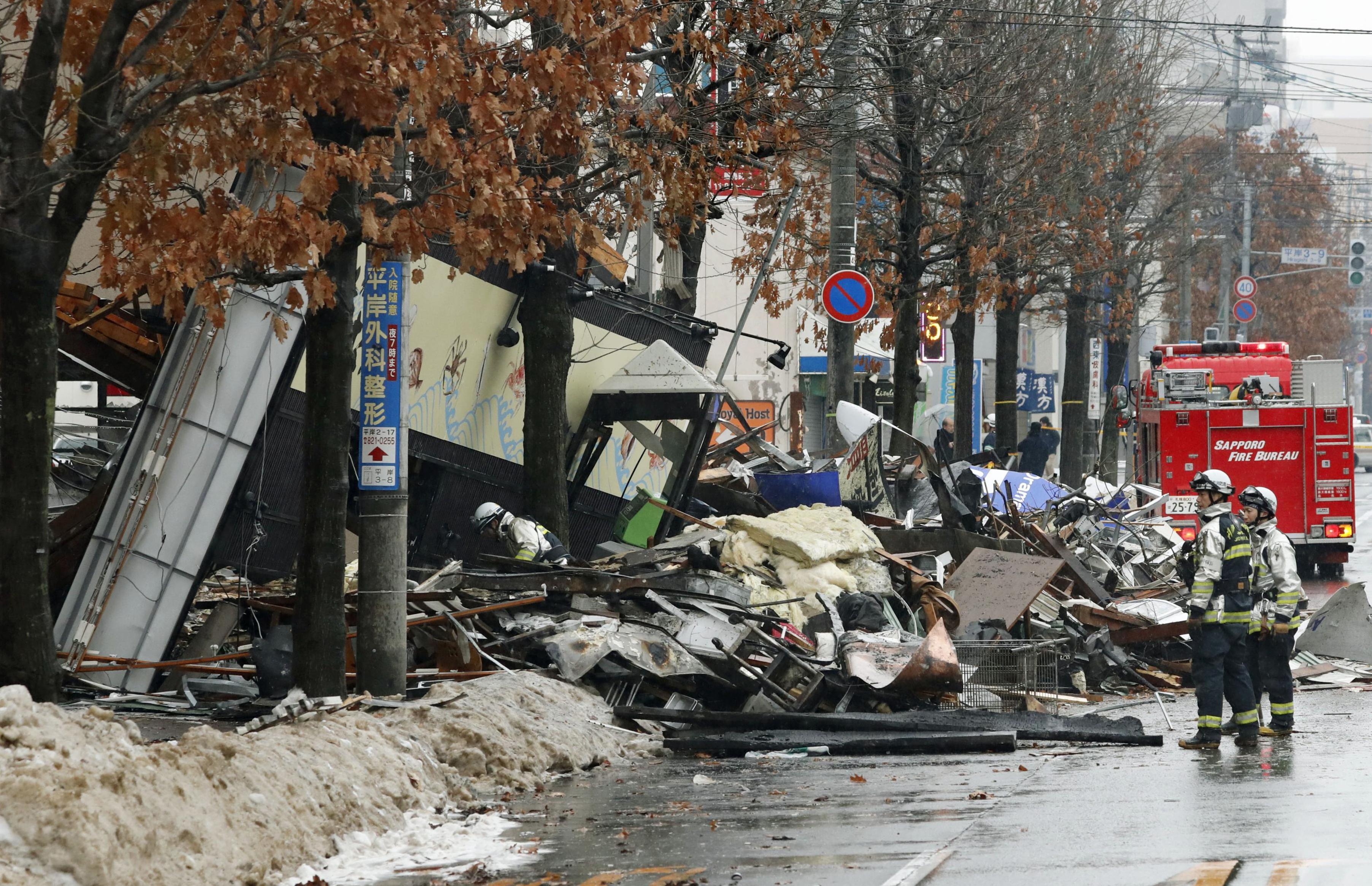 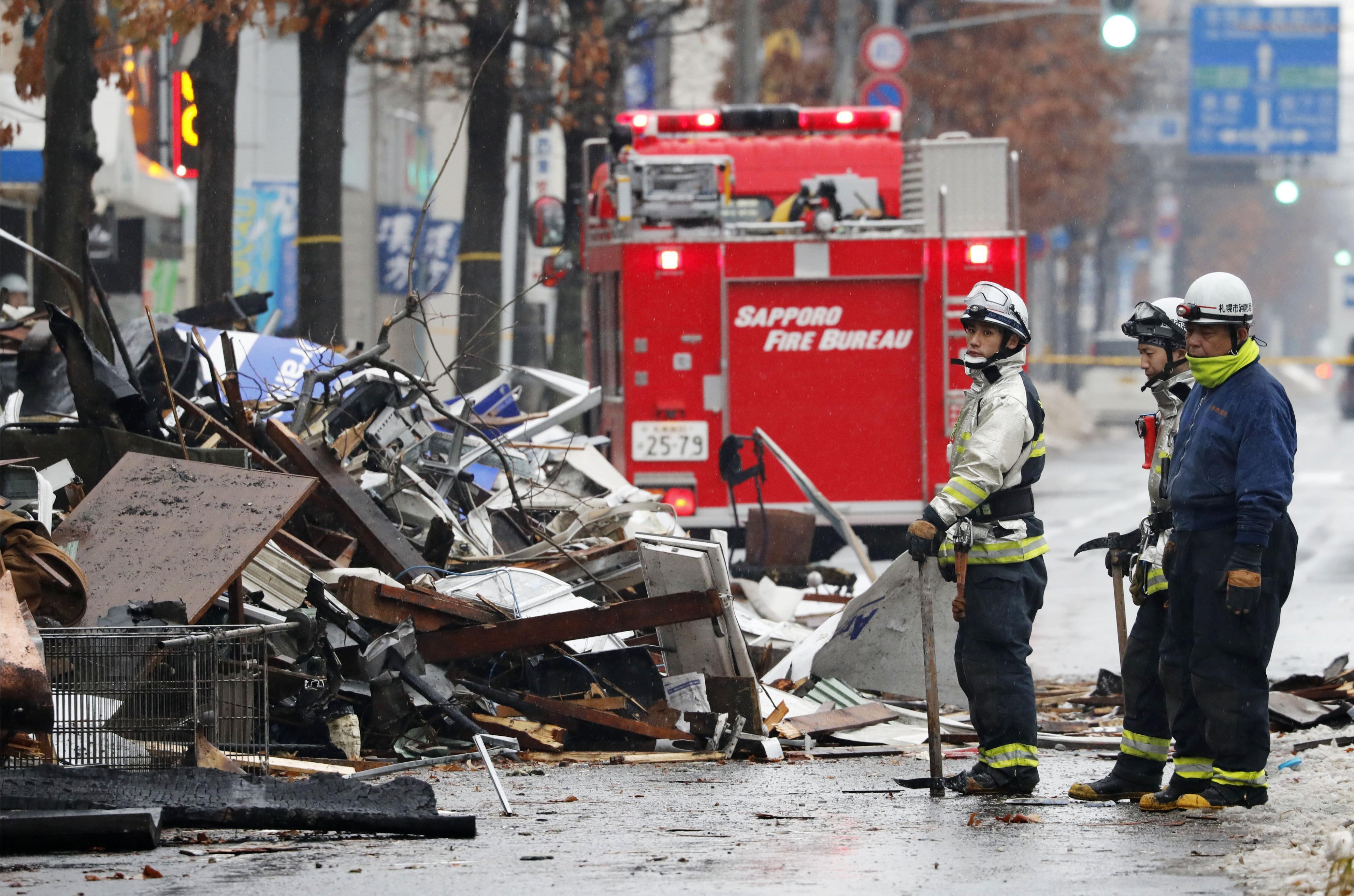 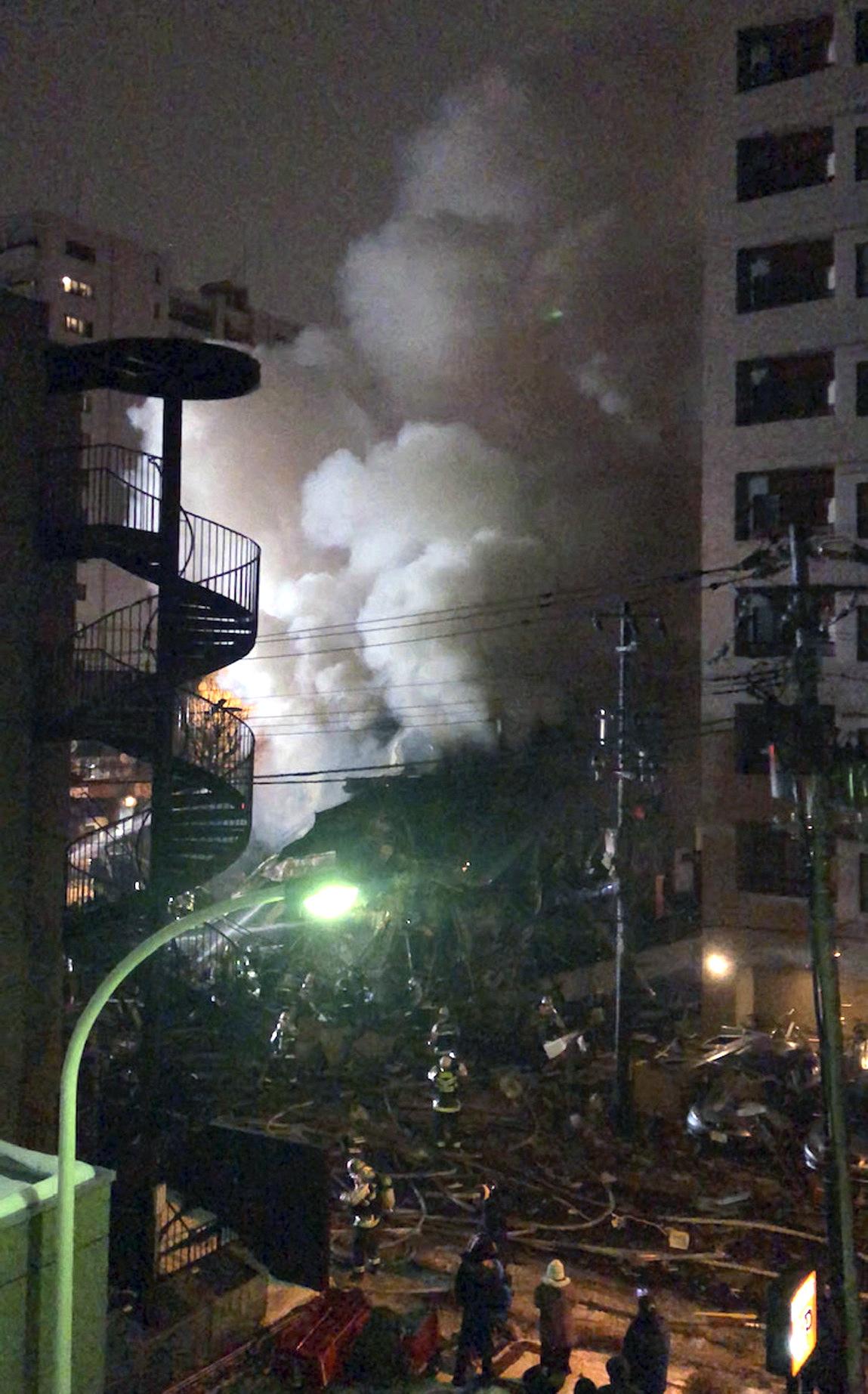 The two-storey restaurant was reduced to rubble and surrounding buildings were badly damaged.

The Kyodo news agency reported that a gas safety centre official noted five propane gas tanks outside of the pub and two outside the real estate office.

The fire burned for nearly six hours, Kyodo said, and photographs and TV footage showed smoke rising above charred, collapsed debris as dozens of firefighters poured water onto the building.

Windows on an apartment building next door were broken, and cars parked outside were partially covered with debris that had fallen on them.

The blast in the Hiragishi district of Sapporo’s Toyohira Ward on the country's north island Hokkaido happened at around 8.30pm local time.

Passenger ‘infected with coronavirus’ wheeled out of airport in quarantine box