Tensions have been bubbling between the two countries in recent weeks, with Kiev claiming Putin was planning an invasion. 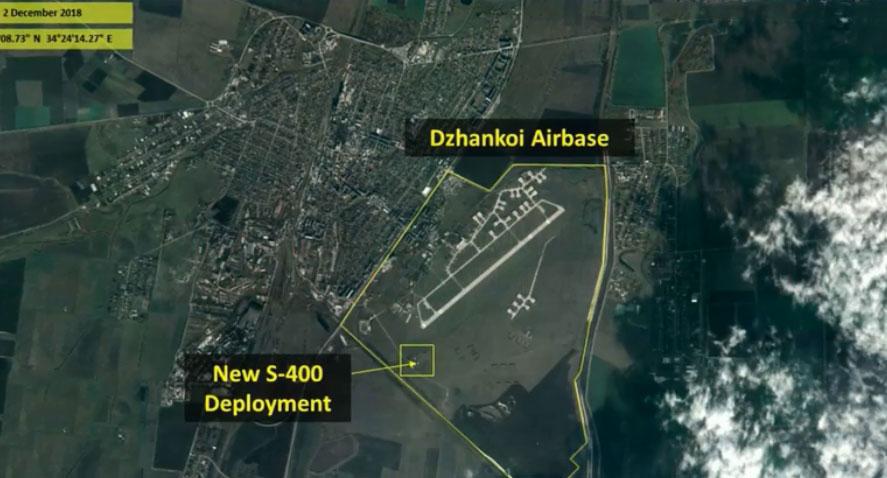 And an intelligence report by ImageSat International has now reveals infrastructure for the missiles was put in place months ago.

Images show the difference between April and November this year as the facility was constructed, Fox News reports.

And the latest shows the missile launchers themselves in place in an airbase near the Crimean border.

Eight launchers are split into four batteries, each located in the south-west of the base.

There are also two radar systems and multiple nearby trucks, one suspected to carry S-400 missiles. 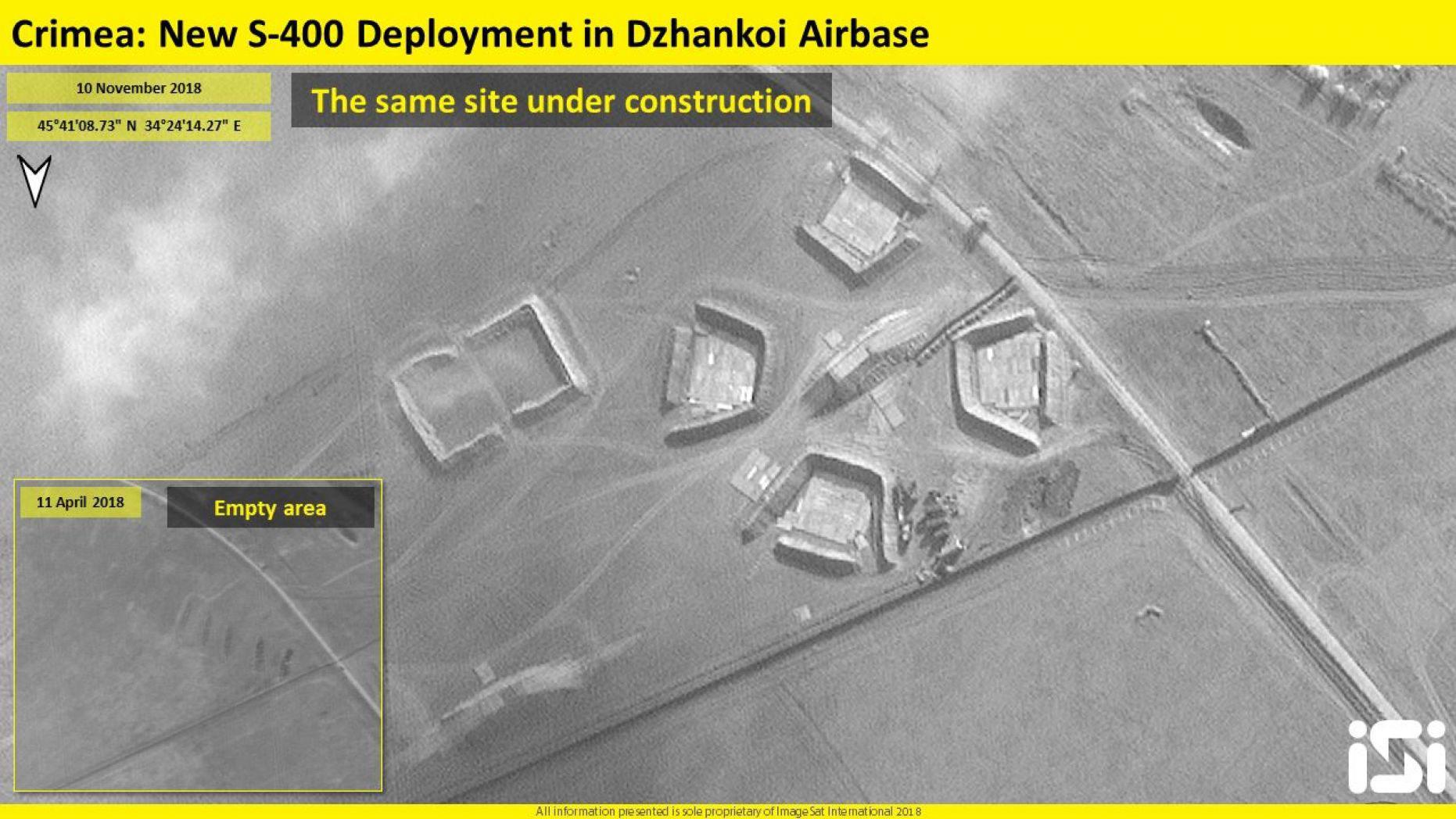 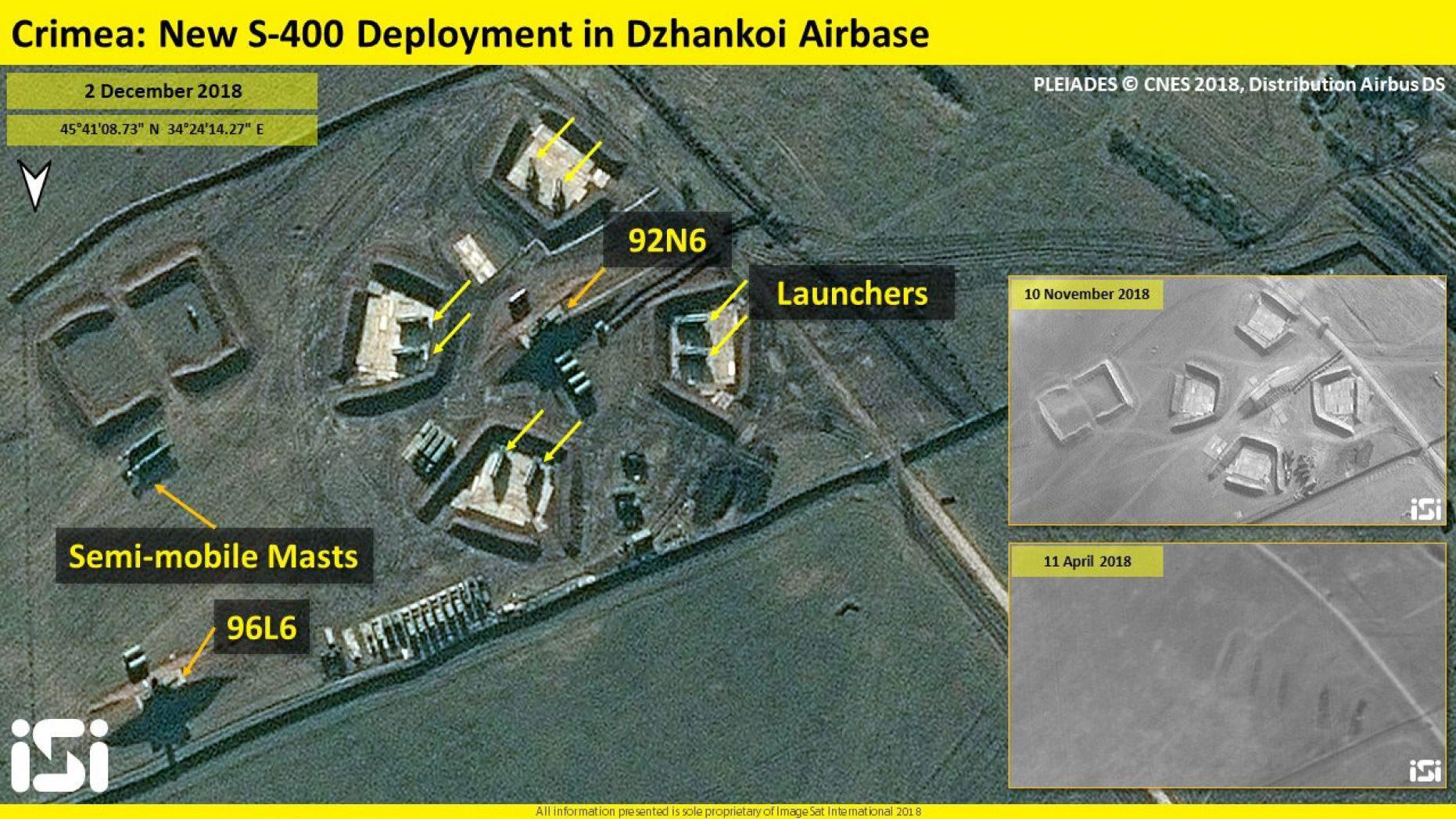 They are used to bring down aerial threats including aircraft and cruise and ballistic missiles. 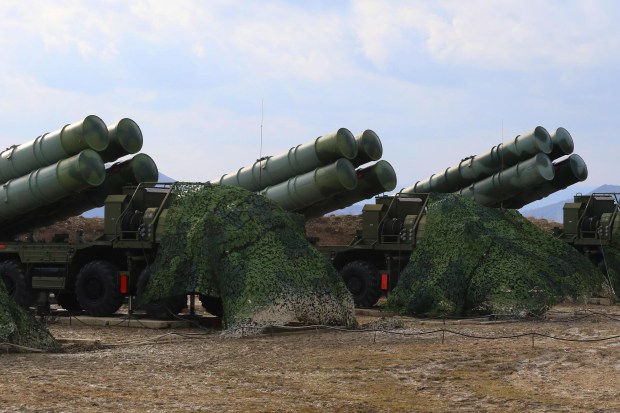 The system is said to be able to shoot down 80 planes at once from 248 miles away and is designed to destroy aircraft and missiles, including ballistic ones.

It is also reportedly capable of travelling at 10,000mph.

The $400m per unit system was first deployed in Syria in 2015 when tensions between Russia and Turkey were raised due to a Turkish jet being shot down but remains largely untested.

On November 28, 2018, the Russian defense ministry issued a statement, days after Russian warships seized multiple Ukrainian naval vessels, escalating the conflict with Ukraine over the land Russia annexed in 2014. 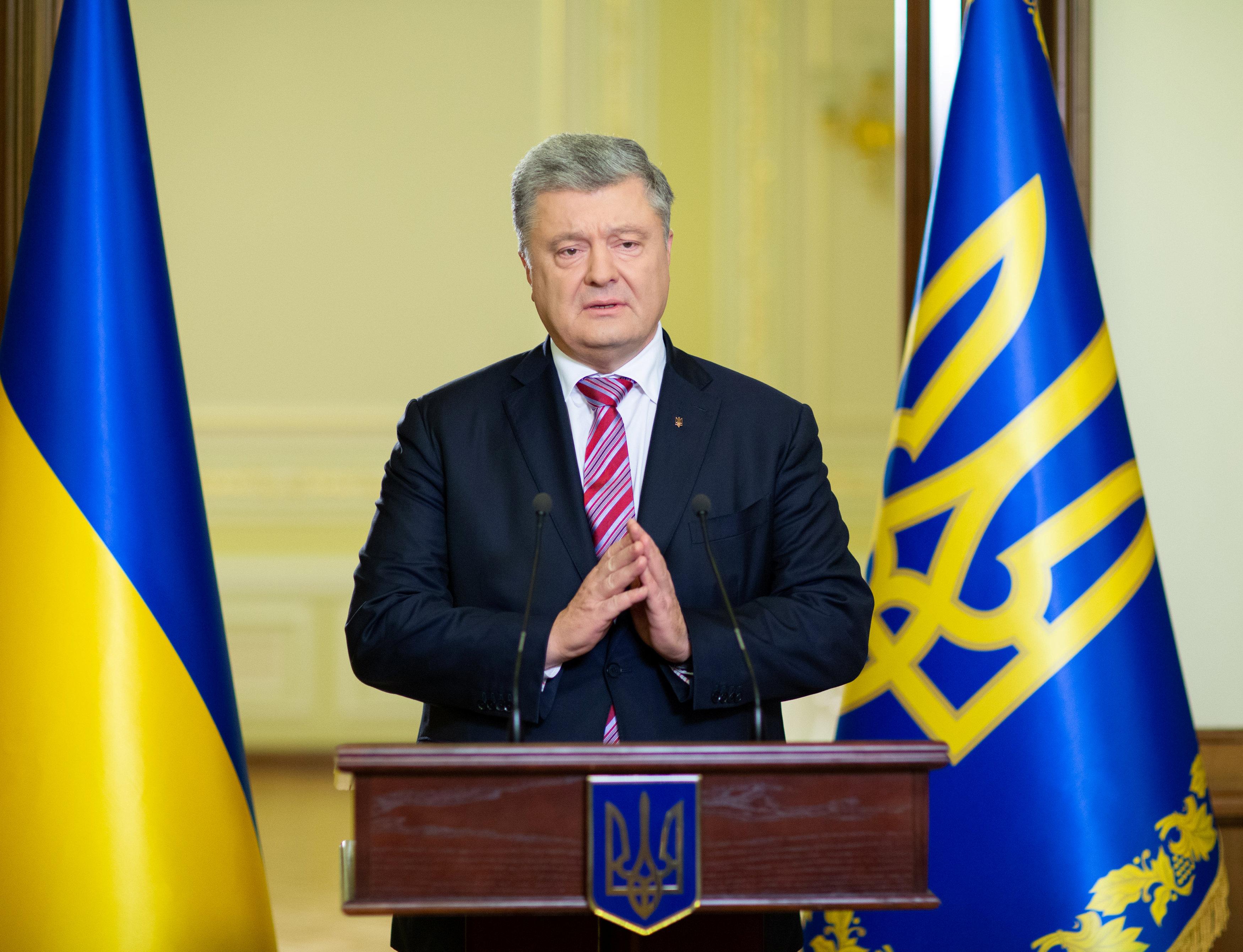 The report comes after Ukraine's president claimed Russia had moved tanks to its borders amid escalating tensions in the East.

Only days before, leader Petro Poroshenko claimed Putin was readying a ground invasion.

He told Sky reporters: "This is the tank base just 18km from our border, this was happening in September, October, and now.

"If the whole world has no reason to trust Putin, Ukraine definitely doesn't have a reason to go with him."

He made the shocking allegations in a live TV address to the nation after revealing he is introducing martial law for a month in order to "ensure security." But some critics say Poroshenko could be using World War 3 fears as a vote winner ahead of his country's elections.

Tweeting while on his way to the G20 summit, Trump called off the much-heralded crisis talks amid the increasing tensions on the troubled Crimean peninsula. 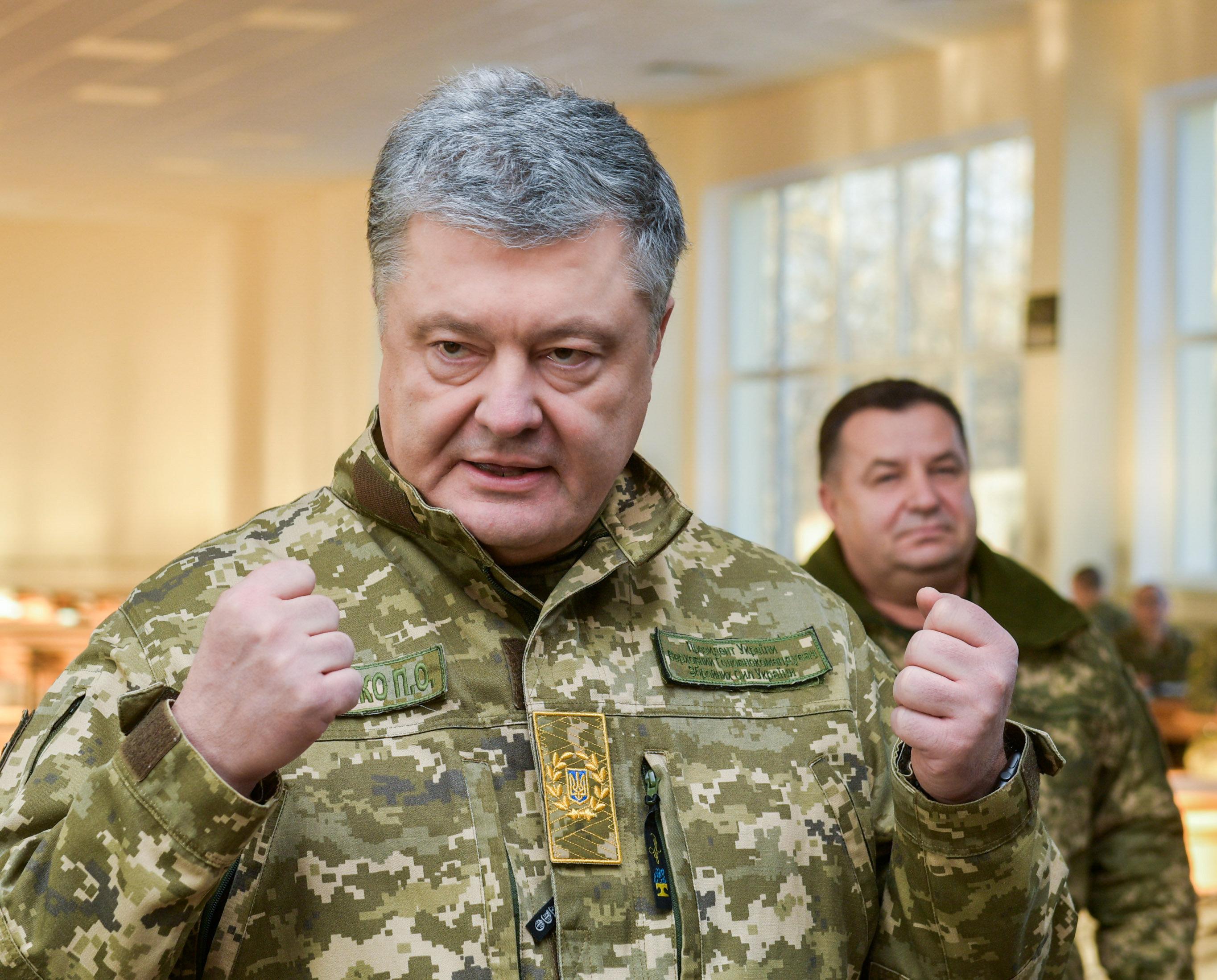 He wrote: "Based on the fact that the ships and sailors have not been returned to Ukraine from Russia, I have decided it would be best for all parties concerned to cancel my previously scheduled meeting in Argentina with President Vladimir Putin.

"I look forward to a meaningful Summit again as soon as this situation is resolved."

The shock news comes just hours after a Russian official said the two leaders would meet to discuss ways to break diplomatic deadlocks over Syria, Iran and North Korea.

But the Kremlin insider did not mention Russia's latest clash with the Ukraine which has put the Crimea on a war footing.

Putin had previously stated that Moscow and Washington need to discuss the future of the New START arms-reduction agreement.

A video – allegedly intercepted from the secret service – shows the clash which threatens to spark  a new war between the neighbours.

What will replace GCSEs and A-levels and will the system be fair?