A SEA Cadet commander accused of sexually abusing kids spent years mixing with dignitaries and was introduced to royals.

Peter Sherwin, who died in 2014 aged 67, allegedly used his position to access young teenagers who he subject to cruel and sadistic rituals. 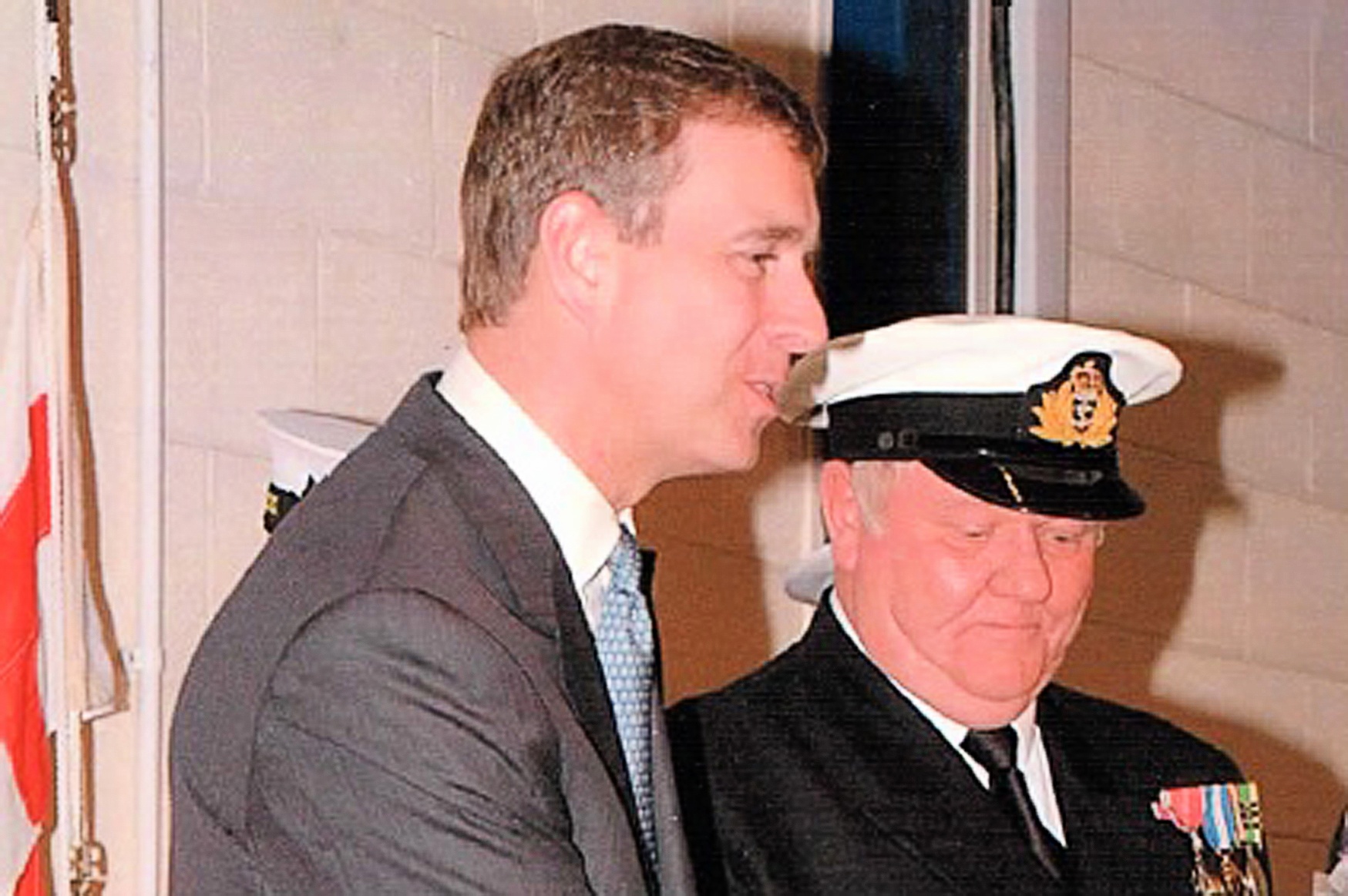 The Sea Cadets have paid out over half a million pounds in out-of-court settlements to "survivors" who say they were abused by the regional lieutenant commander.

Sherwin, who died seven years ago from lung cancer, was introduced to Prince Andrew during a 2001 royal ceremony at TS Stirling in Birmingham.

He died with an MBE and his reputation intact – but following his death, nearly two dozen alleged victims have come forward claiming he abused them.

An investigation into allegations of physical and sexual abuse made against him had been dropped months before his death by police due to lack of evidence.

This week one accuser told Birmingham Live: "He was this icon in the community. In reality, he was the classic calculating, predatory paedophile. He was straight out of the text book.

"He was a sad individual. If he was around now, would I do something that would see me put inside? I probably would."

The man, who has received a payout from the cadets, painted a sickening picture of the torment endured, as a child, at the hands of Sherwin.

Legal firm Bolt Burdon Kemp has also been approached by 22 alleged victims who claim they suffered abuse after joining the cadets.

Jessica Standley, associate solicitor at the firm, said Sherwin was the subject of complaints in the 1980s but continued to be allowed "unfettered access" to cadets.

The alleged victim, who attended the cadets in the 1970s, continued: "He sexually abused me on many, many occasions.

"He had what was called a 'blues routine' when he made you dress up in different costumes. 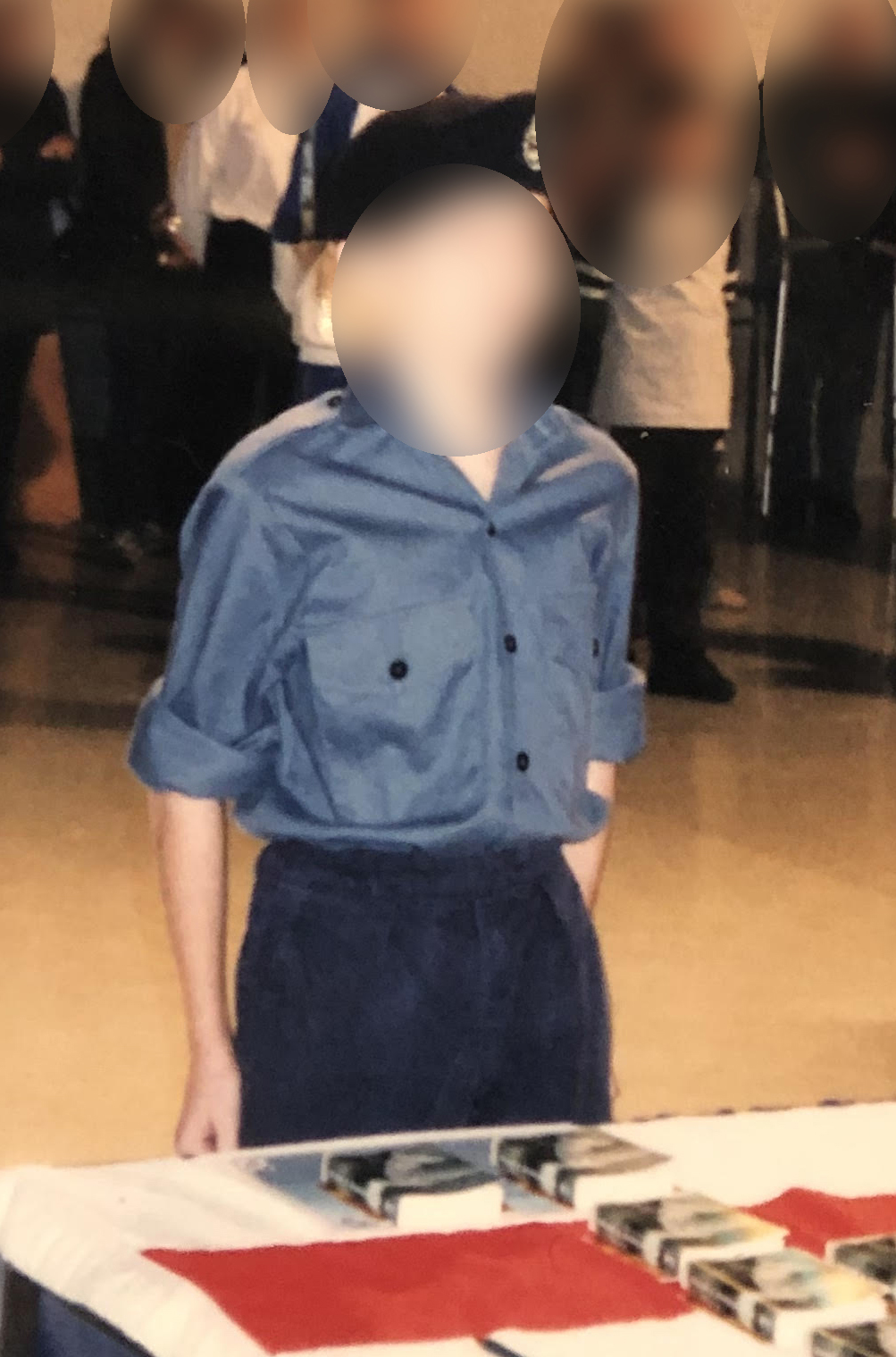 "He made me get into sports gear, white shorts. They were stained and white and dirty. You had to strip and put the shorts on.

"He'd handcuff you to a radiator pipe, it seemed like hours, and he'd whip you with a CB aerial. I used to beg him to stop hitting me.

"We had a ship's cat and one of his favourite tricks was to put it up your back, under your shirt, then hit it. It scratched.

"He'd also put it in your sleeping bag. That made me feel sick, I hated that."

The alleged victim added that Sherwin was "feared" by other grown-ups, and that he didn't come forward until adulthood because he thought no one was going to believe a 13-year-old.

The "survivor" is haunted by guilt over not attempting to expose his abuser.

He added: "One hundred per cent, why didn't I see what he was doing to other kids? Why wasn't I brave enough to stand up to this guy and report it? That goes through my body daily.

"Sherwin died a pauper and they wanted to parade him on a gun-carriage through the streets. I was fuming. I just wanted to get rid of him, get him out of the spotlight.

The Sea Cadets, an organisation that works with 10,000 young people across the UK,has stated it was only made aware of the allegations when West Midlands Police contacted its safeguarding team in July 2013.

Sherwin, suffering from lung cancer, was arrested in October of that year, but the case later dropped due to lack of evidence.

He was immediately suspended by the cadets following his arrest, but re-instated when cleared.

Sherwin's alleged victim is highly critical of the way the Sea Cadets have handled the growing storm.

"I think it's diabolical. Five of us received a letter, a generic letter with just the names changed.

"They said sorry, it's just a token. Nobody has contacted me over the phone. They are not learning.

"There is nothing in place to help adults who have gone through this in the corp."

The Sea Cadet movement – one of the country’s oldest charities – has issued an unreserved apology.

In a statement it said: “Sea Cadets unreservedly apologises for any hurt or anger felt by any victim of abuse. We are investigating the claims regarding the late Peter Sherwin.

"Based on an independent review of all records across the charity, and on interviews with former employees still alive whom we can trace, the first the charity were aware of any claims related to the accused was in June, 2013, when our safeguarding team were contacted by West Midlands Police.

“Following his arrest on October 14, 2013, Mr Sherwin was immediately suspended from Sea Cadets. The police case was dropped in mid-November 2013 due to lack of evidence. We ask anyone with any information to share it.

“Sea Cadets takes safeguarding concerns very seriously and has a zero tolerance approach to any abuse. Our specialist safeguarding team manages all safeguarding cases in line with the charity’s safeguarding policy and procedures and statutory responsibilities. The charity has a 24/7 safeguarding incident reporting line.

“All staff and volunteers are recruited following ‘safer recruitment practices’, including enhanced criminal record checks for all who work directly with children and young people.

"The charity promotes a culture of safety alongside our own safeguarding support systems, including whistle-blowing procedures, we promote external support organisations including NSPCC and Childline.

“As part of the training of all cadets, we have a dedicated programme called Shout! that teaches cadets how to identify and report any concerns.

"Our culture encourages our cadets, volunteers and employees to speak up, disclose and confront any issues. It is our aim to provide safe spaces for all to feel they can trust their environment enough to learn, grow and flourish.”

The crackdown may get tougher