Another British pub has temporarily banned under 25s due to what its landlady claims is a lack of social distancing among young drinkers.

The Red Lion in Whinmoor announced the move on Facebook on Monday, confirming those in the age bracket will be unable to enter between Friday and Sunday.

The landlady, who wished to remain anonymous, said the decision was made in order to protect staff at the establishment alongside its regular customers from coronavirus.

She added the Red Lion has some ‘good young customers’ who follow the social distancing guidelines, but a minority ‘spoil it for others’ as they have to keep reminding them to respect the guidelines in place to stop the spread of the virus.

The decision comes after official data showed that rising Covid-19 cases across July and August were being driven by people in their teens and 20s. 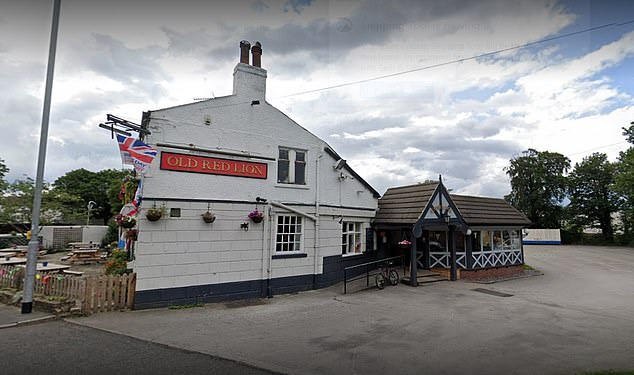 The Red Lion in Whinmoor announced the move to ban under 25s on Facebook on Monday, confirming those in the age bracket will be unable to enter between Friday and Sunday

She said: ‘It’s only a minority of young people that don’t listen, a lot of the young customers are lovely. This decision is not going to last, it’s just to give them a shake so they realise that this is serious.

‘We’re all in this together, we don’t want anyone to get poorly, we want to get back to normal as soon as we can.

‘We want to do it for a short time, to be honest. We are going to review it in a week or two.

‘We’ve got some really lovely young customers, it’s just a small minority you just have to keep repeating to them the guidelines. This is just to say: “Come on guys, this is serious”.’

Another pub on the outskirts of Leeds announced it was banning customers in the 18-25 age bracket last week.

The Oddfellows Arms in Sherburn-in-Elmet said it took the decision to avoid ‘teetering on the risk of closure’.

They said: ‘In light of recent events and an escalation in cases we are now not serving anyone in the age bracket 18-25.

‘We have thought about this very carefully, we will continue to try and ensure our community, customers and staff are all kept safe in these difficult times. 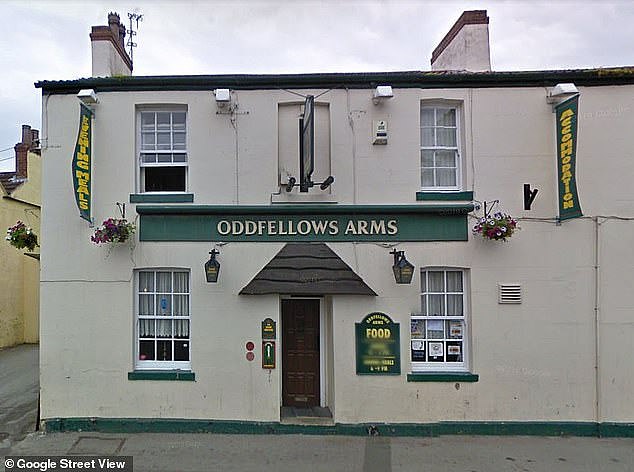 ‘Before anyone tries to say we are wrong, think of the implications for us as a business.

‘This is not where we want to be. We would rather have a safe environment than a place which is teetering on the risk of closure.

‘Please see that we are acting for everyone’s best intentions at this time.’

The Oddfellows Arms decision came after rising Covid-19 cases were reportedly being driven by people in their teens and 20s, where cases have tripled since July, official data shows.

But cases in those over 80 have dropped drastically since the height of the pandemic, when they made up the majority of Covid-19 cases, and have halved since July.

Scientists have said older groups are more likely to take social distancing rules seriously and to continue staying home to protect themselves because they understand the risks of the virus.

Calling the figures ‘concerning’, Mr Hancock told LBC radio: ‘The message to all your younger listeners [on LBC] and everybody is that even though you are at a lower risk of dying from the coronavirus, if you’re that age, if you’re under 25, you can still have really serious symptoms and consequences.’

He said the most important point to get across was that the uptick in cases in the past few days have been in younger people under 25, ‘especially 17 to 21 year olds’.