The company that provided security at the Melbourne hotel central to last year’s COVID-19 second wave has gone into liquidation while facing a class action over its role in the outbreak.

Unified Security Group is the first defendant in a class action brought by lead plaintiff Dragan Markovic, whose father Nenad contracted COVID-19 in a nursing home and died in hospital in August. 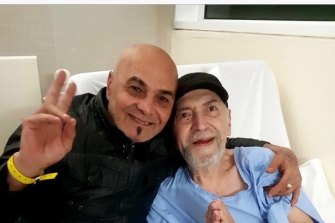 The last photo of Dragan Markovic (left) with his father Nenad Markovic.

Health records indicated Nenad Markovic contracted a strain of coronavirus that originated at the Rydges on Swanston hotel, the Supreme Court heard on Friday.

But Unified, which provided security at Rydges, had recently gone into liquidation, a directions hearing was told.

Ninety per cent of cases during last year’s second wave in Victoria originated from leakages at Rydges. MSS Security, which provided security at the Stamford Plaza hotel, is also named in the lawsuit.

The inquiry into Victoria’s bungled hotel quarantine system found 99 per cent of COVID-19 cases during the second wave were traced to returned travellers staying at the hotels, through leakages that became community transmissions. 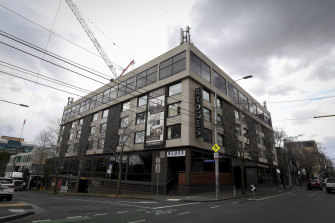 The Rydges on Swanston hotel.Credit:Penny Stephens

More than 800 people died during the second wave, the vast majority of them residents in aged care homes.

Barrister Andrew Fraatz, acting for Dragan Markovic and other plaintiffs, said the class action was “in a state of flux” following Unified’s liquidation.

However, he was hopeful the case would proceed because of the company’s insurance.

“I’m on safe ground in saying the contract between the state of Victoria and Unified did require insurance: professional indemnity and public liability insurance,” he said.

“It’s a safe bet that there is insurance there.”

Mr Fraatz said his clients needed a few weeks to consider their position following the development.

“We need some time to shake the tree and see what the position is,” he said.

A lawyer who was acting for Unified was on Friday excused from the hearing because he did not have instructions from the company’s liquidators.

Anna Robertson, acting for MSS Security, told the court there were deficiencies in the plaintiffs’ case as she didn’t yet know how it was alleged there was an infection from Stamford Plaza which led to community transmissions.

The case is one of three Victorian class actions arising out of last year’s second wave. The other two – one from businesses and the other from individuals who lost their jobs – focus on economic losses caused by last year’s lockdowns.

Mum, 24, 'murdered her baby by crushing her skull hours after birth before dumping her body in a Hampshire park'