An Oscar-winning British filmmaker has warned women to be on their guard after he learnt a man pretending to be him is cold-calling actresses for sexually-charged phone conversations.

Hugh Welchman, who was nominated for Loving Vincent at the 2018 Awards and won in 2008 with animated short film Peter and the Wolf, found out about the conman when women started sending him angry messages on Instagram in early September.

Women had been contacted out of the blue by a man claiming to be Welchman, interested in hiring them for a film role.

The work discussions then evolved into deeply uncomfortable and personal conversations which sometimes lasted an hour. Some of the women were convinced to move to a video call, and at least three reportedly exposed themselves for him. All, as far as Welchman and the authorities know, have rejected his requests to meet in person. 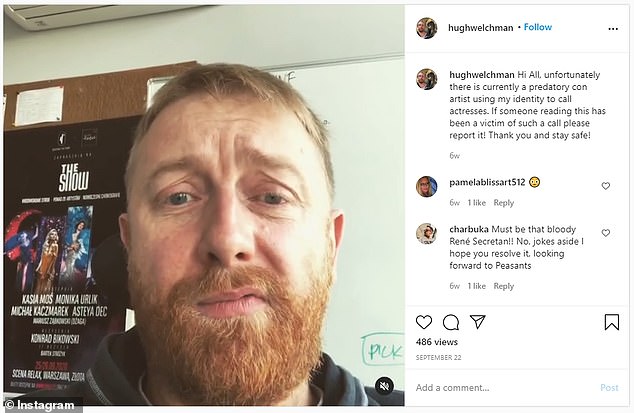 Hugh Welchman, 45, told his Instagram followers to be on the lookout for ‘a conman creep’

The Oxford-educated director and producer, who lives with his wife in Poland, called his agent, who revealed that he too had received a series of complaints.

The first ones he dismissed as a case of mistaken identity or a mentally-troubled person, and did not tell Welchman.

But when Welchman, 45, found out the scale of the calls, he felt he needed to act.

‘I have an important announcement, which is that currently there is some conman creep who is pretending to be me and phoning up actresses in the United States,’ he said.

‘Please know that I would never cold-call actresses, actors or any crew.

‘So if you have received a phone call please report it to the authorities, as I will be reporting all the instances that have come to my attention over the past couple of weeks.

‘So hopefully we will be able to track this imposter down and stop him from misusing my name.’ 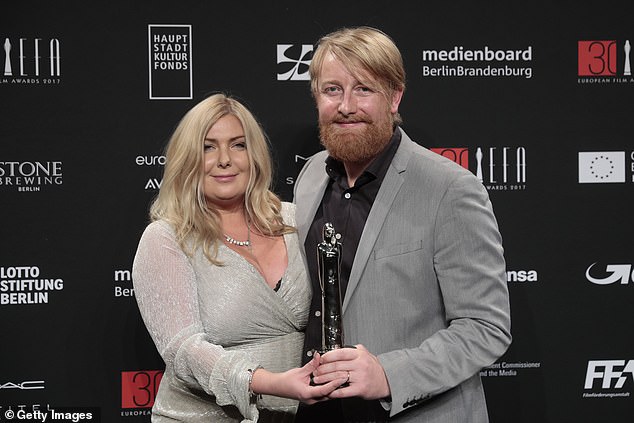 Welchman began a database, and said that there are 13 women who have come forward, the earliest call dating back to May 2020, the most recent taking place mid October.

Most of the actresses are based in Los Angeles or New York, with one in Texas, according to The Hollywood Reporter.

‘Obviously it’s distressing for me as it’s my identity,’ Welchman told the site.

Kaitlin Mamie received a call from the imposter on September 16

‘But it’s much more distressing for the women who he’s trying to dominate and exploit.’

Kaitlin Mamie, a LA-based Canadian stand-up comedian, was among those targeted.

‘It’s someone obscure enough that it could be believable, and it’s someone who has won an Oscar, so again, it shows he’s a person in power,’ she told the site, saying she received her call on September 16.

The man on the other end of the phone told her about the film Loving Vincent, and discussed a potential future role.

He then asked Mamie if she would do some ‘energy work’ with him to help ‘break down the walls.’

He then asked her to lie on the bed in her room and breathe deeply in and out, while he asked her about ‘anxiety inside’ her, and the state of her marriage.

Mamie told him she was uncomfortable and wanted to stop.

‘That’s good, that’s part of it all,’ he responded. ‘I wanted to listen to your inner voice. That’s what the film is about.’

The second time he rang she said he should go through her agent, and he never called back.

The caller frequently referenced someone known to the woman, saying they had recommended he call. 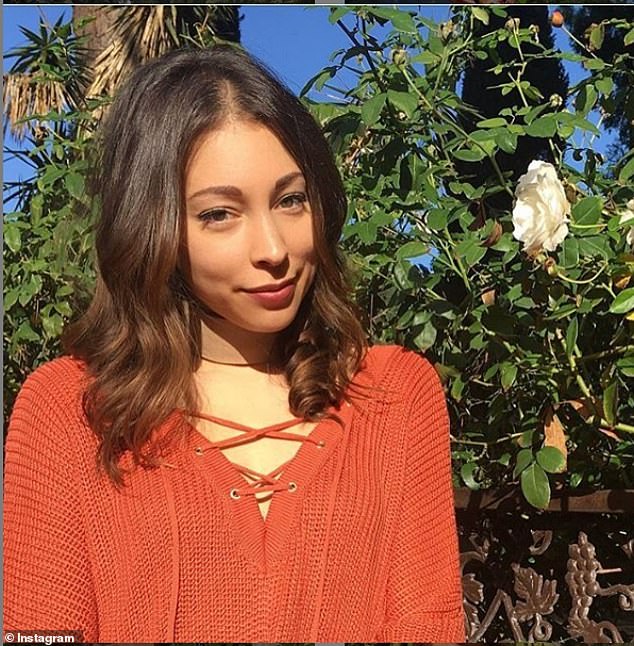 Alexis Capozzi was contacted by him on October 8, who said her acting tutor suggested her

Alexis Capozzi, a Los Angeles-based actress and model, received a call on October 8 with the man saying he was directed to call her by her former acting tutor, Stan Kirsch.

Capozzi told him Kirsch had died nine months earlier; the con man said he had ‘only just got funding’ for the project.

In a later call he said he had rung again because he’d ‘been thinking about Stan’ who had wanted him to ‘reach out and make sure everything was ok.’

Capozzi said that after a long conversation the caller said she had been raped.

She told him that she had not, but realized that the conversations were getting too intense.

‘I just had this kind of visceral reaction,’ she told the Hollywood Reporter.

She said that call that was getting ‘far too sexual in nature,’ she looked to shut it down. 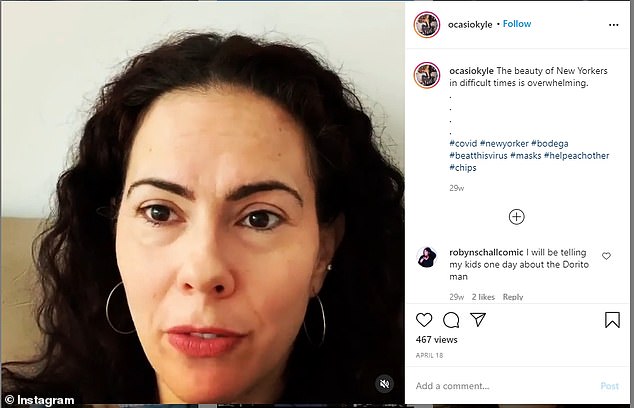 Kyle Ocasio was contacted by the ‘conman creep’ on September 14

A third woman, New York-based Kyle Ocasio, an actress and comedian, was called on September 14.

She said the man sounded ‘like a creepy yoga teacher’ and at one point asked Ocasio if she would ‘accept his total authority.’

The website said that a detective from the Los Angeles Police Department has been assigned to the case.

A spokesman for LAPD told DailyMail.com they had no details of the case.

Welchman said he had also reported it to the FBI’s identity theft website.

The FBI has not yet responded to DailyMail.com’s request for further information.