A row of riders zoomed past pedestrians and motorists as they waited for the lights to change in Tower Hamlets, East London. 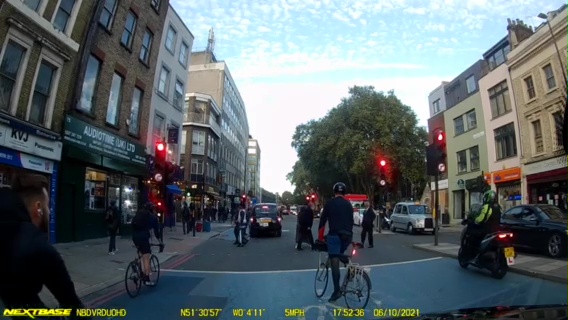 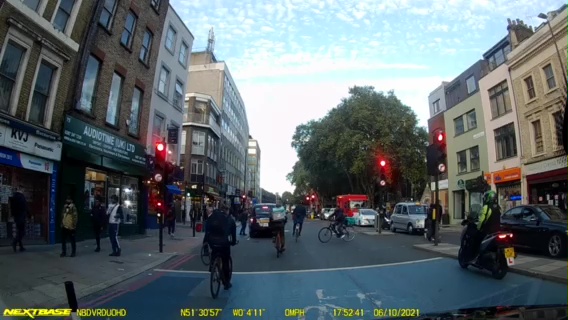 The dashcam footage shows impatient drivers watching on as the bikers ride recklessly into their path.

It captures 16 cyclists – including delivery riders in Deliveroo kit – zooming past everyone with no concern for safety.

Viewer Muzzy Ali said: “I see this everyday so not very surprised.

“This morning one didn’t give way and nearly collided with a mum and child on a school run.”

It shows the designated waiting box for cyclists that is only occupied by two waiting cyclists as others ride past.

Last year, police enforcement of cyclists jumping the red light or cycling on the pavement had a 43.8 per cent drop.

In contrast, motorists saw an 18 per cent increase in fixed penalty fines in the same period.

Many people online blasted the cyclists for breaking that law that motorists are often blamed for.

David Lawes said: “I challenge anyone to justify why we should just turn a blind eye to this kind of lethal law breaking.”

Another added: “These planks have total disrespect for the law.”

A third said: “Are tfl going to investigate the rocketing rise in cyclists on pedestrian collisions in London?”

How does the Taliban treat women in Afghanistan?