THIS is the shocking moment a lorry driver smashes into the back of a van while texting leaving three people injured.

Derek Holland, 59, was driving on the A27 near Lewes in East Sussex when he became distracted by his phone and crashed into a broken down van. 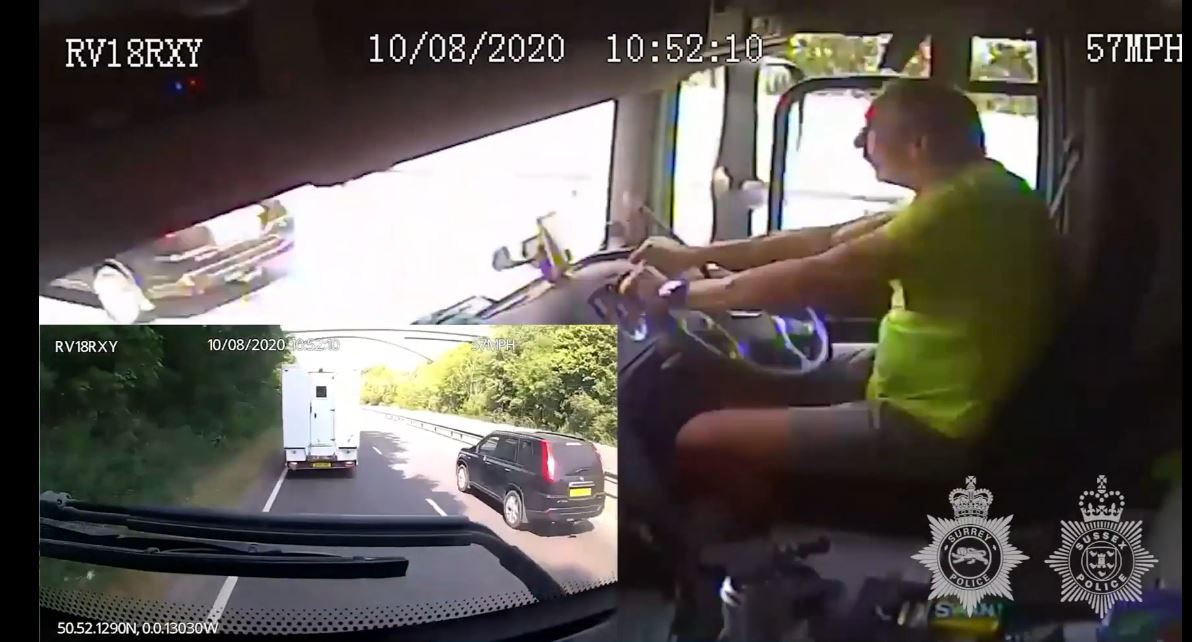 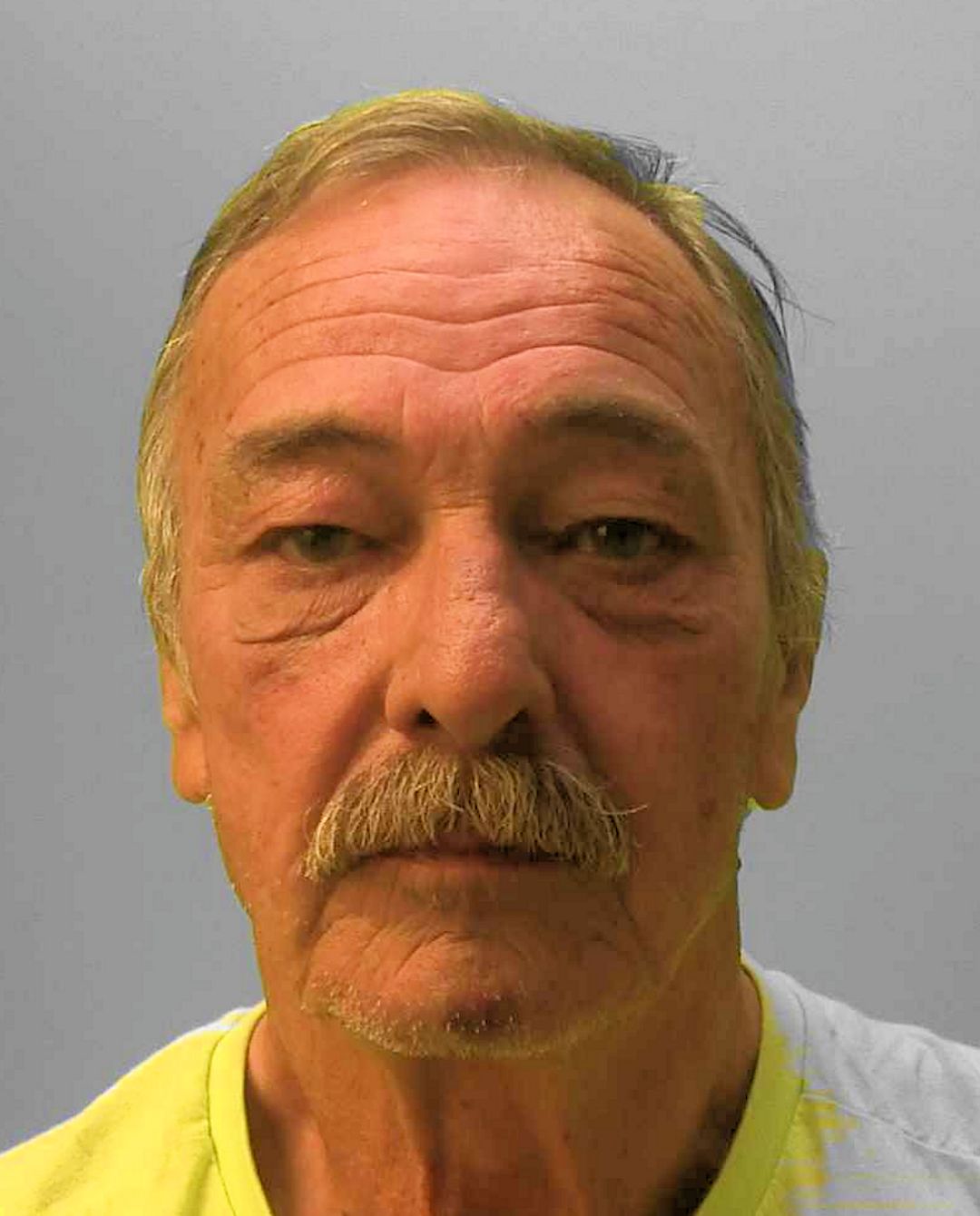 The horrifying footage was captured by two cameras fitted inside Holland's vehicle.

It was then reviewed by detectives who recorded 42 separate incidents of poor driving during Holland's four-hour journey on August 10 last year.

This included the persistent use of his phone, taking both hands off the wheel to peel and banana and to wave at traffic lights.

Throughout his journey, Holland used a replica seatbelt buckle in the socket to prevent the alarm from activating.

He only put on his seatbelt when he pulled up behind a police car at a set of traffic lights and as soon as the vehicle was out of sight he removed the belt again.

The collision last year involved a security van that had broken down in one of the lanes of the westbound dual carriageway, Sussex Police have said.

The three people in the vehicle – the driver, prison escort and prisoner – all sustained injuries.

During an interview with police, Holland admitted his behaviour was “atrocious”.

The 59-year-old pleaded guilty to all four charges and appeared before Hove Crown Court today where he was sentenced to three-and-a-half years’ imprisonment.

He was also disqualified from driving for 57 months.

His Honour Judge Rennie gave Holland credit for his guilty plea and said he had shown remorse and was “clearly ashamed” by his “appalling” manner of driving.

He added: “You had no consideration for public safety or for the law. Very clearly, there was nobody else to blame other than yourself for causing this collision.

"When someone drives with their hands off the wheel, using a mobile phone, driving while using their elbows and eating at the same time, it is a continuation of dangerous driving, and this case included some 42 incidents.”

Detective Sergeant Rob Baldwin, of the Serious Collision Investigations Unit, said: “It was fortunate that the company had installed cameras on their lorry, which allowed us to examine the driver's actions. The company fully co-operated with our investigation.

“This is the worst case of prolonged distracted driving that I have seen.

"This was very much aggravated by the fact that Holland had responsibility for driving a large goods vehicle, and he would have been well aware of the risks he was taking.

"He showed a complete disregard for the safety of other road users."

March for Our Lives Against Gun Violence Marks 3rd Anniversary