A TV reporter was hit by a car while she was on-air but she bravely picked herself up and carried on with her bulletin.

Tori Yorgey, 25, from West Virginia’s WSAZ-TV was about to report on a water main break in Dunbar when an SUV appeared in the shot and crashed into her, sending her into the camera. 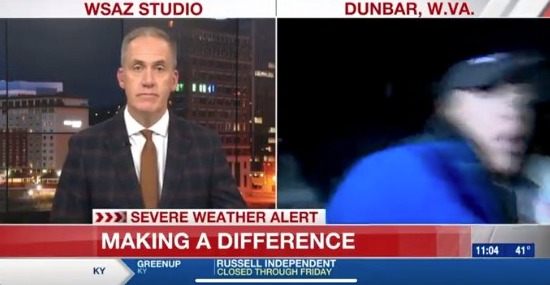 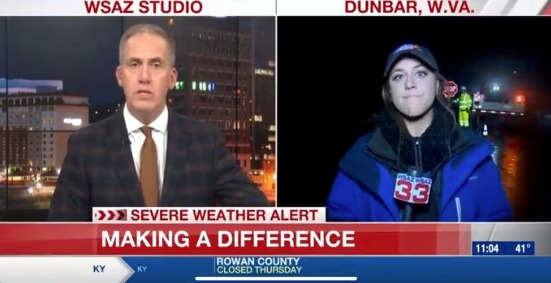 In the clip, a woman who was apparently driving the vehicle can be heard apologizing although Yorgey told her she was fine.

The live broadcast continued and Irr asked Yorgey where she was hit by the car, saying all he saw was her disappear.

"I don't even know, Tim," she replied. "My whole life flashed before my eyes."

After the camera was adjusted, Yorgey managed to continue her report.

"But again, Tim, we’ll get back to the report, right? We’re on Roxalana Hills Drive in Dunbar. This is where that water main break is," she said, according to the video.

Irr explained his apparent confusion over what happened in a series of tweets, saying all he had in front of him was a teleprompter and a small monitor about 20 feet away from his desk, so he didn’t immediately realize what happened.

In a Facebook post about the incident Yorgey said it was her last week with the station and her last day is Friday.

"From there, I’ll head to my home state of Pennsylvania to continue reporting in the city of Pittsburgh… where I’ll be closer to family," she added.

“I really, really like to impact people and make a difference in their communities and try to get the best and most accurate information out to them so they can make the best decision for their lives,” Yorgey told the Post-Gazette. “I love having that responsibility, and the trust I have with anyone I come in contact with is something I’ve never taken for granted and never will.” 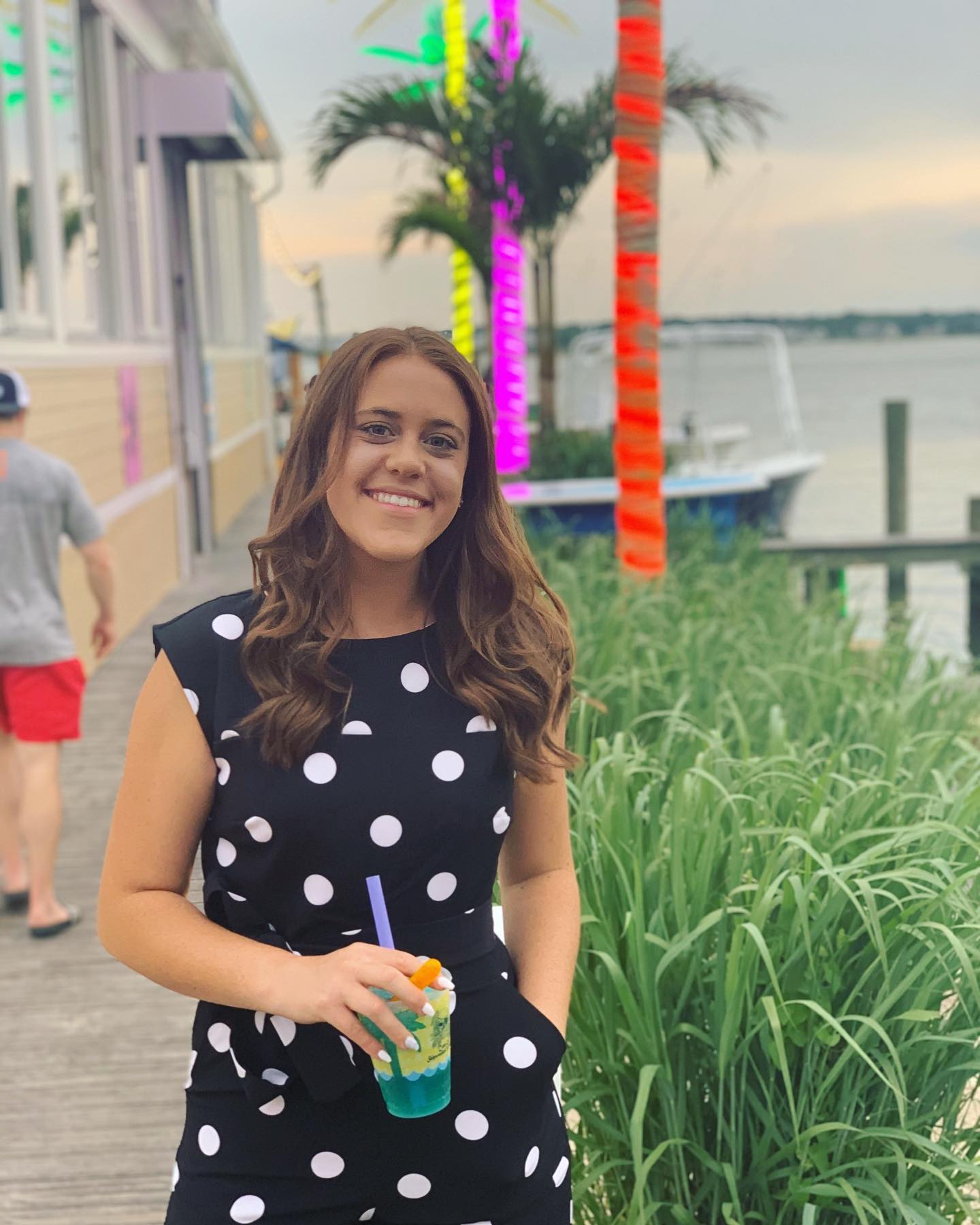 California woman gets 18 months for kidnapping hoax in 2016

St Patrick's Day 2020 is marked by Google Doodle today- but what does the artwork mean?