Like most Victorians, I have enormous sympathy for Stuart Schulze, the husband of Lynette Taylor, one of the four police officers killed in the Eastern Freeway tragedy. I understand his belief that the three-month sentence handed down to Richard Pusey seems an inadequate punishment for his conduct in filming and mocking the dying officers.

Mr Schulze has called for a new offence of “outraging public decency” to honour his late wife, and reflect the heinousness of the conduct. The offence would be a new statutory version of the old common law offence, with a punishment of up to 10 years’ jail. 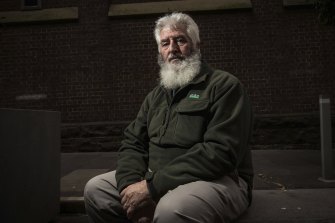 Stuart Schulze, husband of Lynette Taylor, one of the four police officers killed in the Eastern Freeway tragedy.Credit:Darrian Traynor

However, I am concerned that a new, ramped-up version of “outraging public decency” is not the solution. Such an offence may create new problems down the track. It is vague, archaic and uncertain. It leaves a very wide discretion to police, and may criminalise conduct in a way that infringes civil liberties and human rights.

“Outraging public decency” is essentially an aggravated form of offensive behaviour. It punishes acts of a lewd, obscene or disgusting character, when done in a public place. The acts must outrage minimum standards of public decency.

In Australia, the offence has very rarely been used. Until the Pusey case, few lawyers would have known of its existence. The judge commented that the charge was so rare that there were only six reported examples of its use in Australia between 1899 and 1978.

Much of this conduct is already an offence under Australian law. Some of it should not be an offence at all, or at most the summary offence of offensive behaviour. We don’t need an extra, severe offence to cover it.

In other contexts, the offence has been used to convict people for urinating on a war memorial, treating a dying person with contempt or disrespect, or exhibiting offensive artwork.

This raises highly problematic issues. What about political protesters, such as Aboriginal people who object to a Captain Cook memorial, or a statue of somebody implicated in massacres?

Or could the offence be used to punish artistic freedom of expression? What about Andres Serrano’s Piss Christ, which created controversy in Melbourne, several decades ago?

The offence could be enacted with exceptions, such as for political protest or legitimate artistic conduct. But the law would still be uncertain. And a maximum penalty of 10 years’ jail is draconian in modern Australia for this type of conduct. 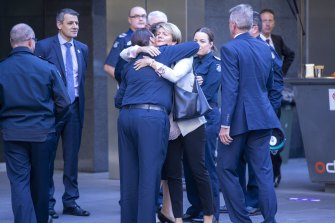 Family members of the police officers gather outside court ahead of Pusey’s sentencing.Credit:Wayne Taylor

As a general principle, criminal offences should be certain in their application. People should know in advance what type of conduct is criminal, and be able to regulate their behaviour accordingly.

In Mr Pusey’s case, the essence of his conduct is his gross disrespect for the dying men and women. Not only did he fail to help them in any way, but he displayed a callous disregard for their plight.

An offence of ‘failure to rescue’ exists in some countries in Europe. It also exists in one Australian jurisdiction, the Northern Territory. Under section 155 of the NT Criminal Code, a seven-year jail term is provided for a person who callously fails to rescue a person whose life is in danger.

Since 1983, there have been very few prosecutions in the NT for this offence. In 1994, it was used to prosecute a man who kept on driving after he ran over a three-year-old child. And in 2016, it was used to convict a police officer who did not stop after a car he had been chasing overturned, injuring some youths inside. 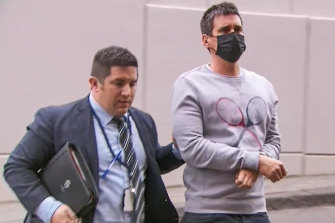 There are issues with a failure to rescue offence. Some people argue it creates a disincentive to help others in urgent need. For example, a heroin user may decide not to call emergency services to help an overdose victim, if they believe they will be prosecuted for their part.

Others argue the offence could be broader – to cover, for example, those who callously fail to help victims of sexual assault, or rape.

In the wake of the Pusey case, we might consider enacting a failure to rescue offence. However, outraging public decency is vague, archaic and uncertain. Tempting as it may be, the offence is not the solution to Pusey’s crime.

Dr Stephen Gray is a Senior Lecturer at Monash University Faculty of Law, and an Associate to the Castan Centre for Human Rights.

Workers shouldn't be 'scared' to return to office, WHO official says