SKELETAL remains of a rich man and his male slave attempting to escape the eruption of Mount Vesuvius have been discovered in Pompeii.

The pair were burnt to death by the volcanic eruption that destroyed the ancient Roman city, near Naples, in 79 AD and their remains were found in the underground chamber of a large villa. 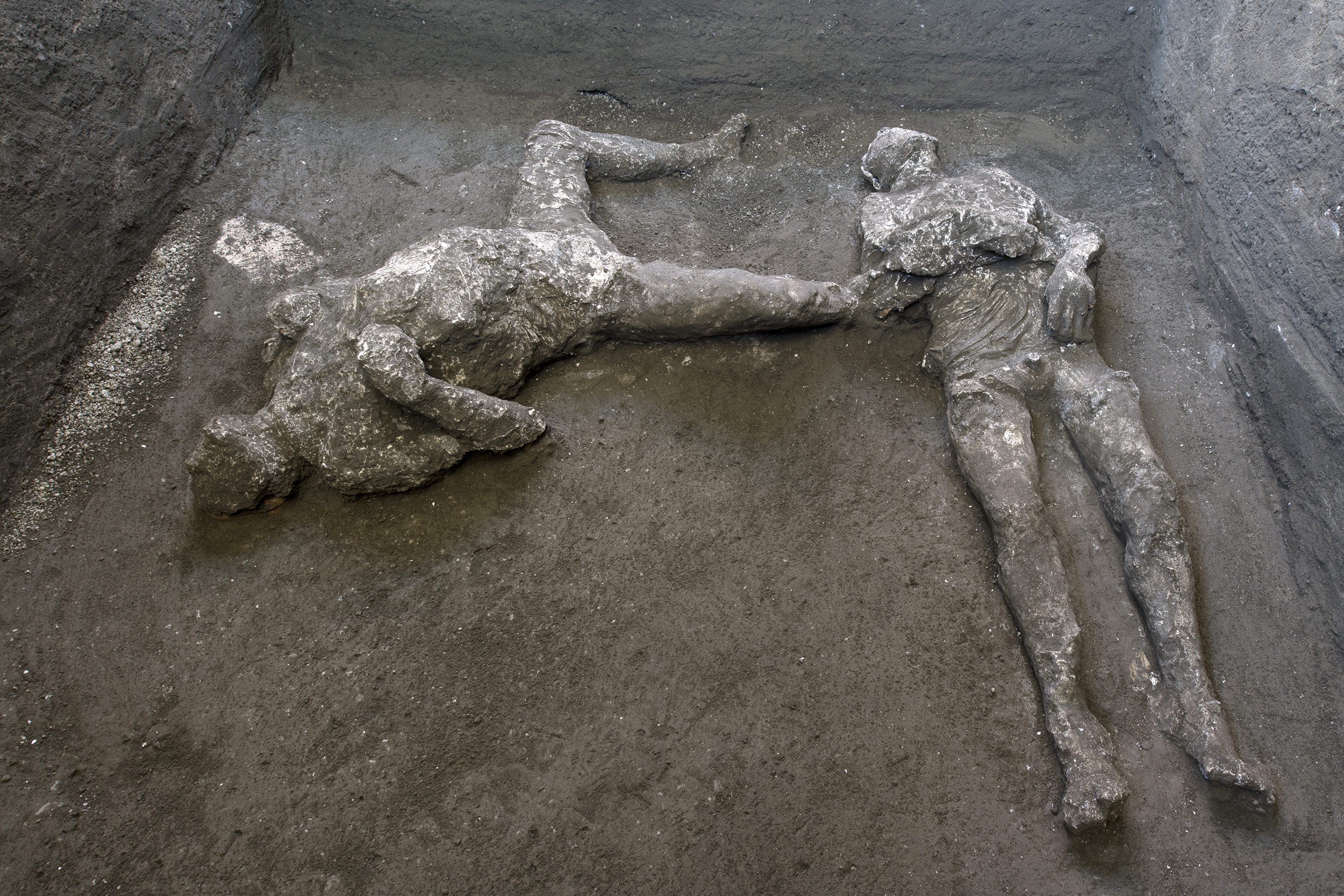 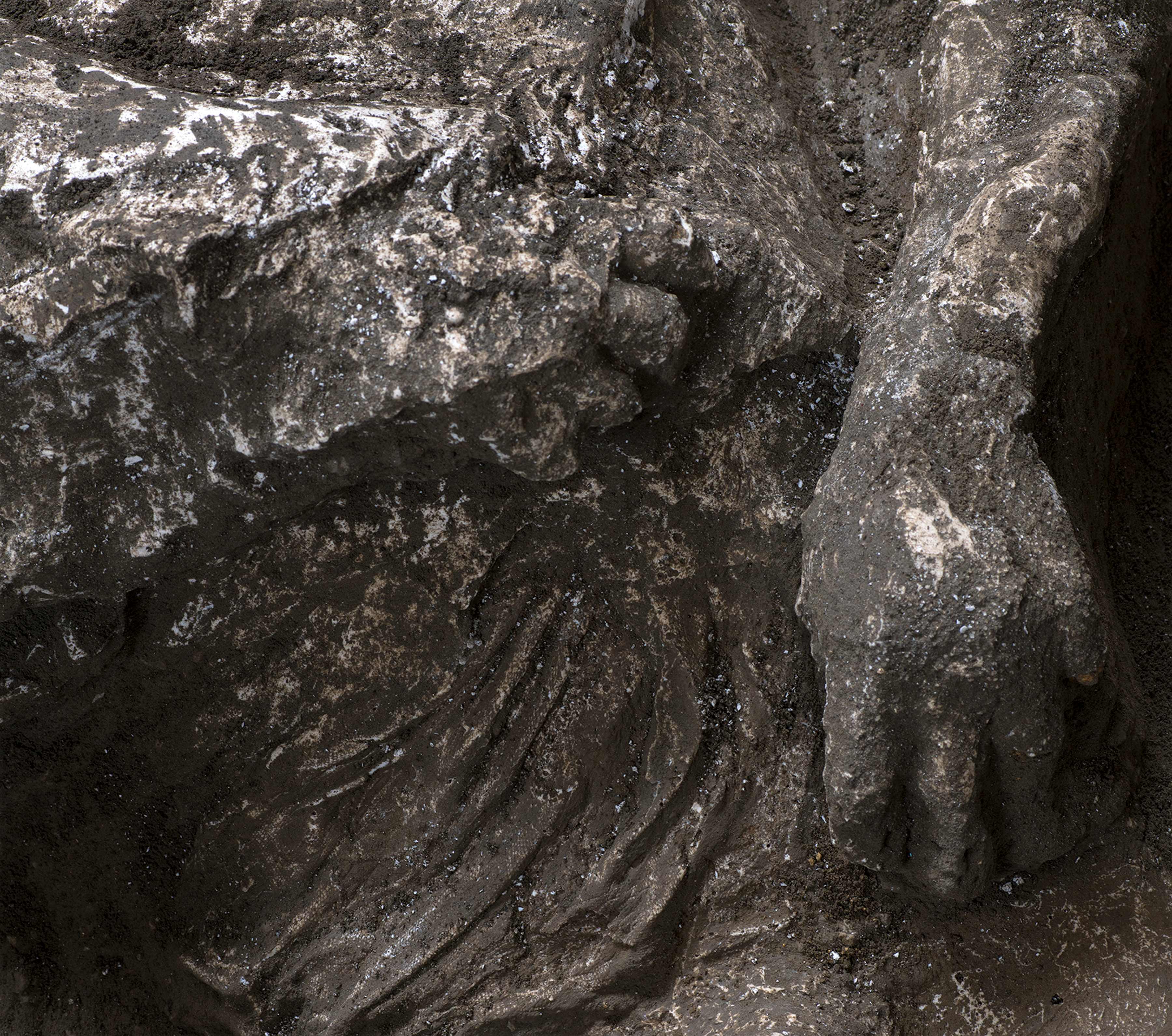 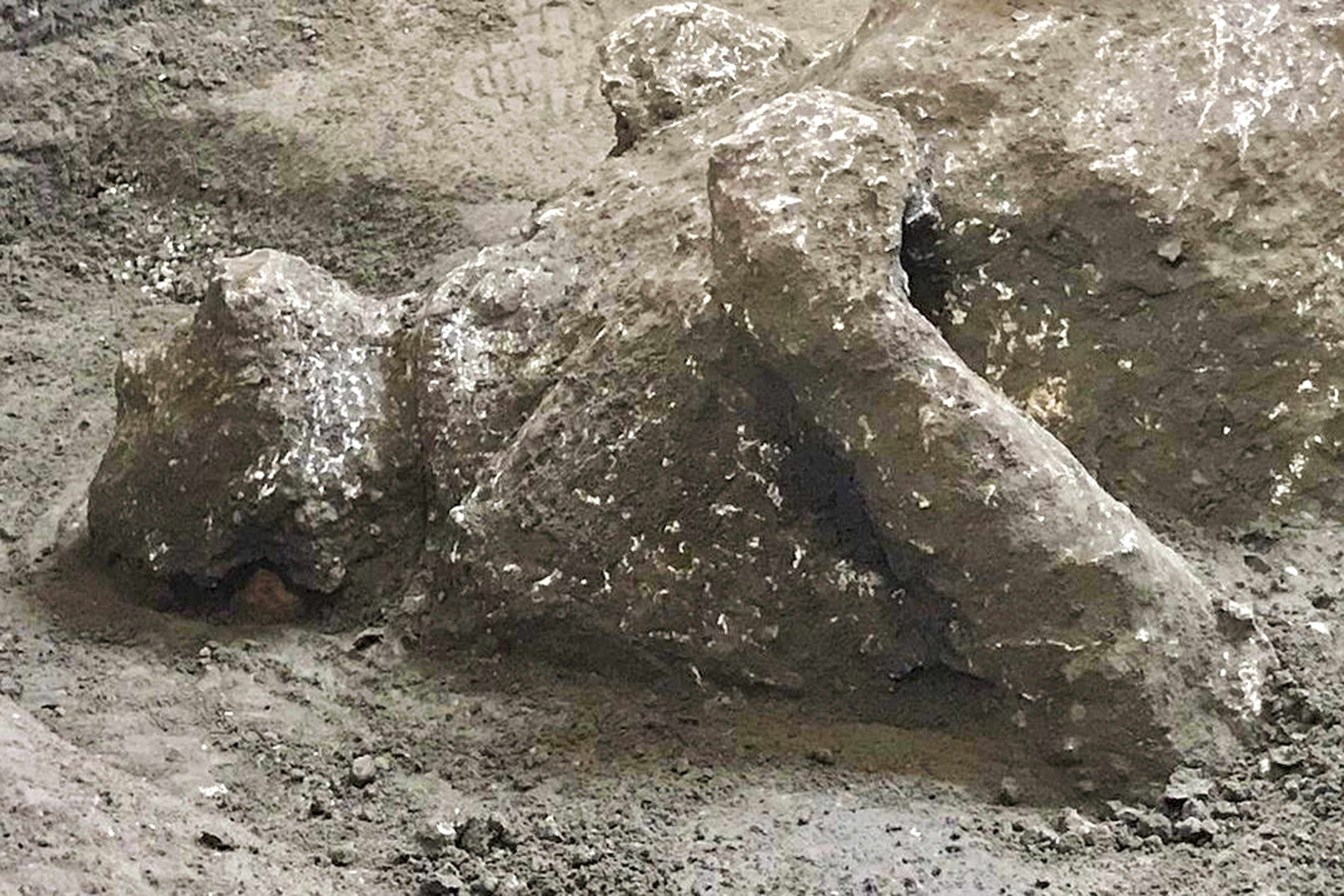 The remains of the two victims, lying next to each other on their backs, were unearthed in a layer of grey ash at least 6.5 feet deep.

One was probably a man of high status, aged between 30 and 40, who still bore traces of a woollen cloak under his neck.

The second, probably aged 18 to 23, was dressed in a tunic and had a number of crushed vertebrae, indicating that he had been a slave who did heavy labour.

"These two victims were perhaps seeking refuge when they were swept away by the pyroclastic current at about 9 in the morning," said Massimo Osanna, director of the archeological site. 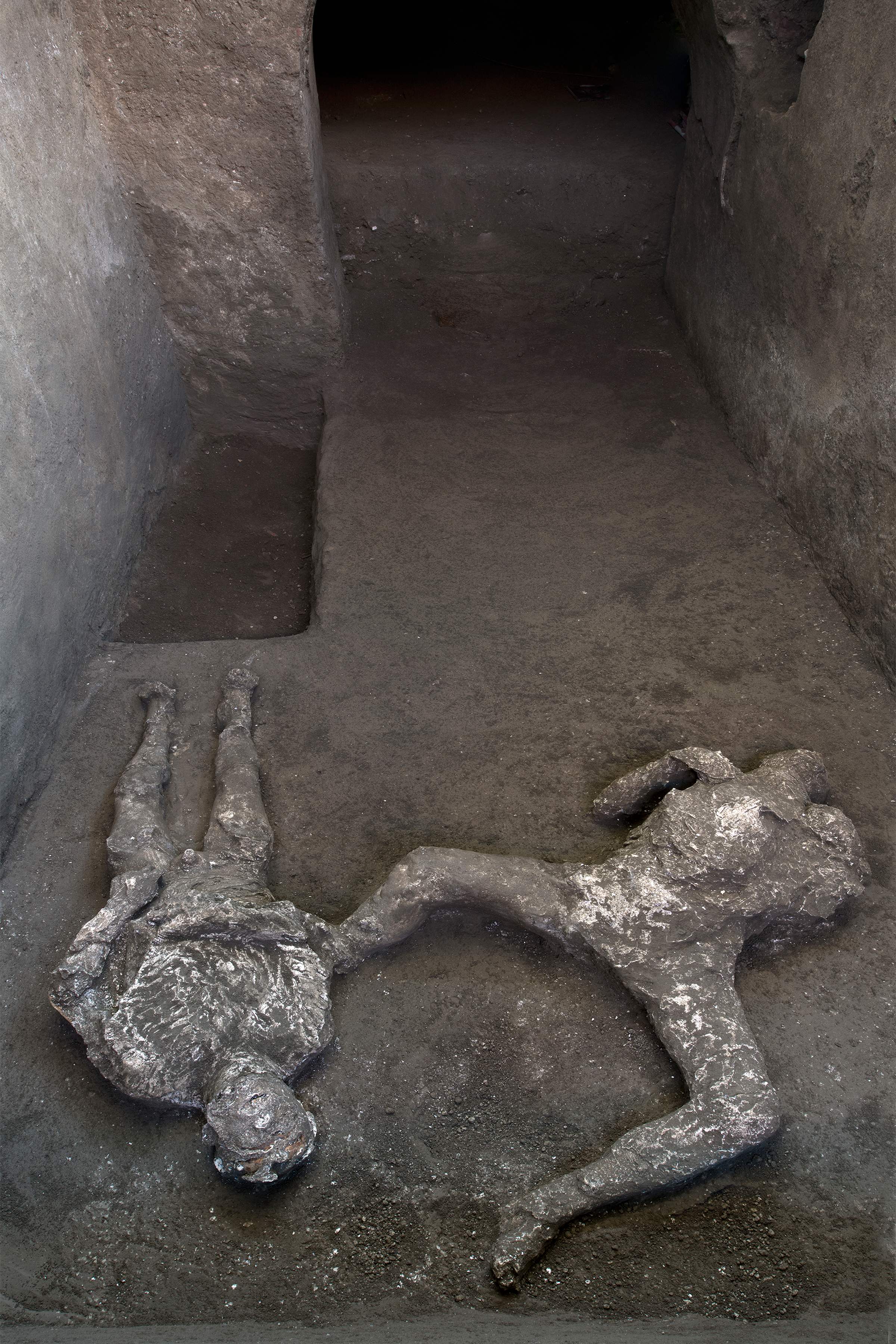 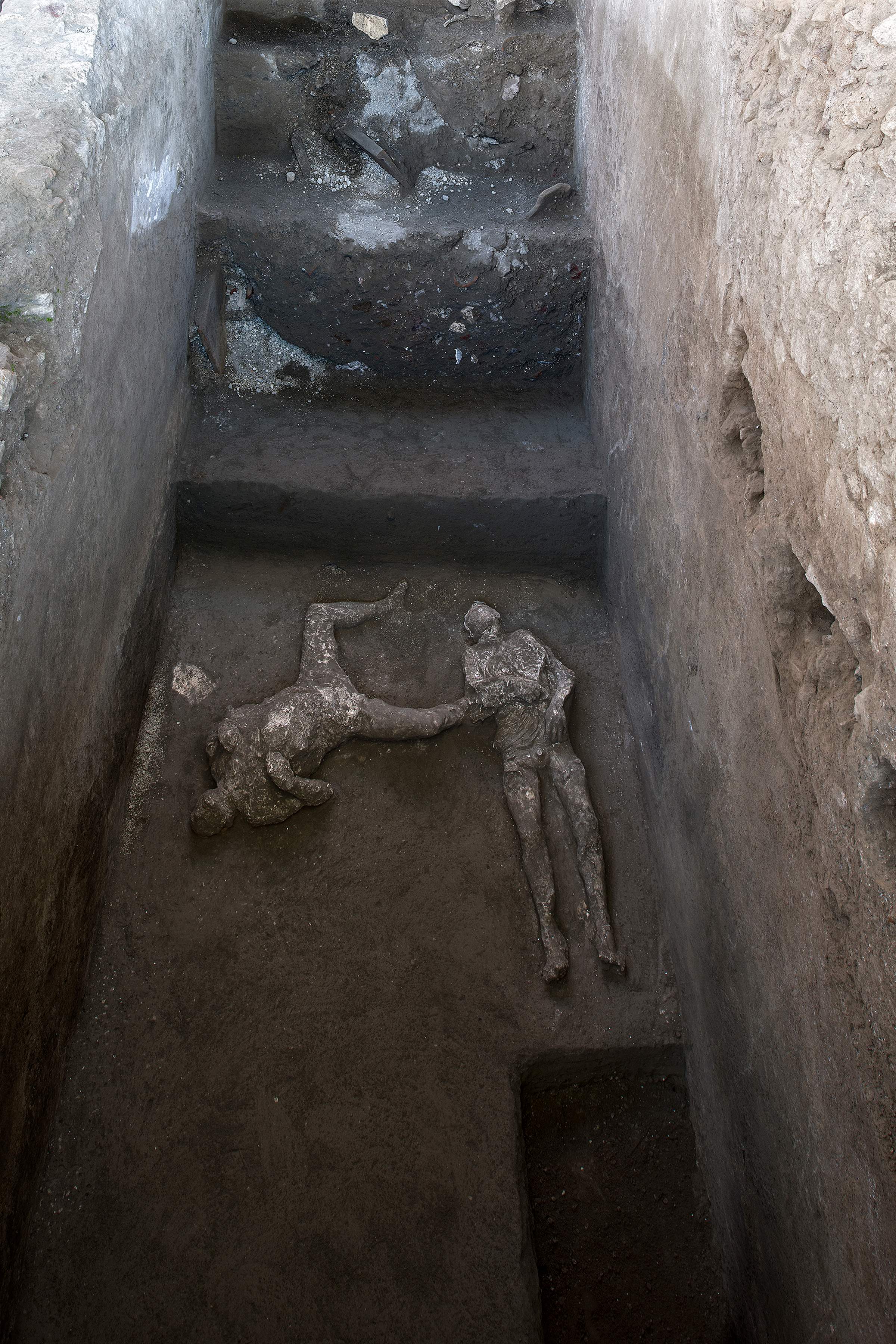 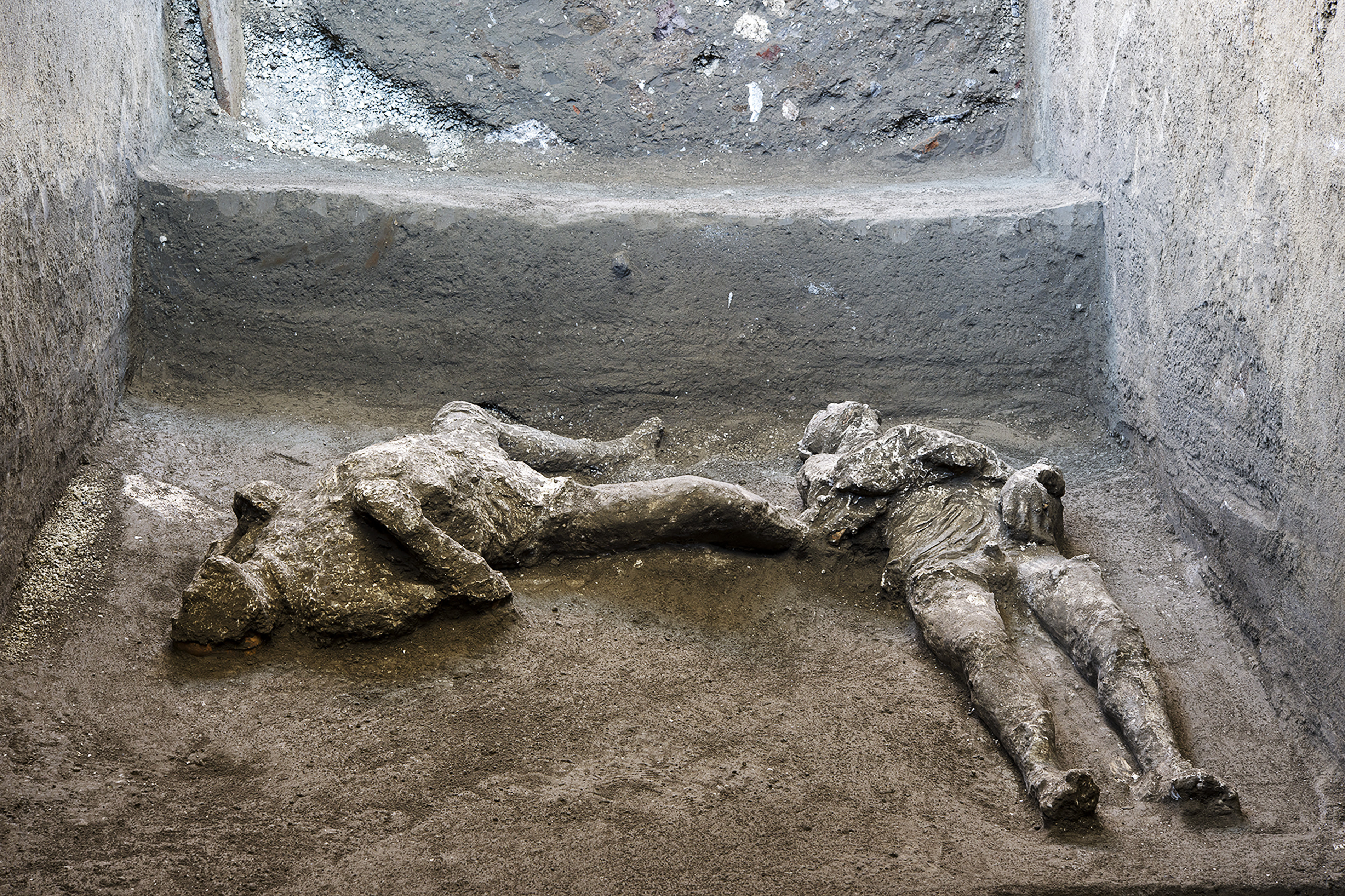 "It is a death by thermal shock, as also demonstrated by their clenched feet and hands."

As with other remains have been discovered at Pompeii, archaeologists poured liquid chalk into the cavities left by decaying bodies in the ash and pumice that rained down from the volcano.

The technique, pioneered in the 1800s, gives the image not only of the shape and position of the victims in the throes of death, but makes the remains seem like statue.

Pompeii, 14 miles southeast of Naples, was home to about 13,000 people when the eruption buried it under under ash, pumice pebbles and dust, freezing it in time.

The remains were not discovered until the 16th century and organised excavations began around 1750.

However, more recently, attention has focused on arresting the decay or collapse of the exposed ruins.

Church and Bank of England apologise over historic links to slavery