Texans preparing for ‘disasters inside of a disaster’ as winter blast leaves millions without power, supplies

Casey Stegall reports from Dallas with an update.

Power was restored Thursday to some homes and businesses in Texas following a deadly winter storm that was heading eastward after killing at least three dozen people.

But many people remained without safe drinking water and nearly a half-million homes were still without electricity.

The storms also left more than 320,000 homes and businesses without power in Louisiana, Mississippi and Alabama. About 70,000 power outages persisted after an ice storm in eastern Kentucky, while nearly 67,000 were without electricity in West Virginia. 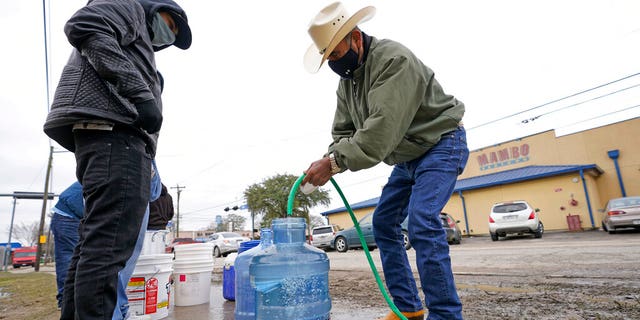 Snow and ice moved into the Appalachians, northern Maryland and southern Pennsylvania, and later the Northeast. Back-to-back storms left 15 inches of snow in Little Rock, Ark.

More than three dozen people have died while trying to keep warm. A Houston-area family died from carbon monoxide as their car idled in their garage. A woman and her three grandchildren were killed in a fire that authorities said might have been caused by a fireplace they were using.

By midday Thursday just under 500,000 homes and businesses remained without power, down from about 3 million Wednesday. The remaining outages were largely weather-related, rather than forced blackouts that began Monday to stabilize the power grid, the state’s grid manager, the Electric Reliability Council of Texas (ERCOT) said.

“We will keep working around the clock until every single customer has their power back on,” said Dan Woodfin, ERCOT’s senior director of system operations .

Woodfin warned that limited rolling blackouts could return if electricity demand rises as people get power and heating back.

Water pressure fell after lines froze, and many people left faucets dripping to prevent pipes from icing over. Gov. Greg Abbott urged residents to shut off water to their homes, if possible, to prevent more busted pipes and preserve pressure in municipal systems. Houston Mayor Sylvester Turner said he expected that residents would have to boil tap water before drinking it until Sunday or Monday.

Two of Houston Methodist’s community hospitals had no running water but still treated patients, with most non-emergency surgeries and procedures canceled for Thursday and possibly Friday, and burst pipes were repaired as they happened, said spokeswoman Gale Smith.

Emergency rooms were crowded “due to patients being unable to meet their medical needs at home without electricity,” Smith said.

Texas Children’s Hospital’s main campus at the Texas Medical Center and another location had low water pressure, but the system was adequately staffed and patients had enough water and “are safe and comfortable,” spokeswoman Jenn Jacome said.

FEMA sent generators to support water treatment plants, hospitals and nursing homes in Texas, along with thousands of blankets and ready-to-eat meals, officials said. The Texas Restaurant Association also said it was coordinating donations of food to hospitals. 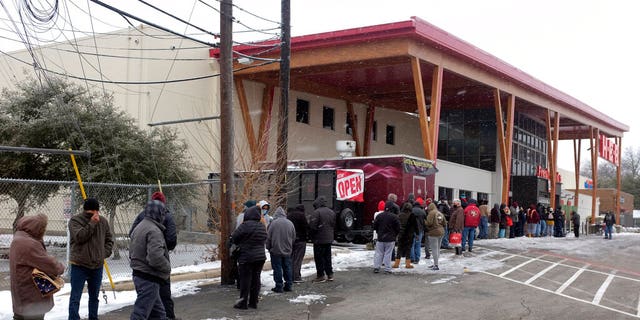 People stand in line outside an HEB grocery store in the snow Thursday, Feb. 18, 2021, in Austin, Texas. (Associated Press)

The weather also disrupted water systems in several Southern cities, including New Orleans and Shreveport, Louisiana, where fire trucks delivered water to hospitals and bottled water was brought in for patients and staff.

Power was cut to a New Orleans facility that pumps drinking water from the Mississippi River. A spokeswoman for the Sewerage and Water Board said on-site generators were used until electricity was restored.

Oklahoma City Mayor David Holt pleaded with residents to limit water usage, and Jackson, Miss., Mayor Chokwe Antar Lumumba said most customers were without water, with no timeline on when it would be restored. At least 19,000 residents were without power there.

Heartbreaking moment boy, 14, sings to his terminally-ill mum through hospice window days before she died