Magnifique! Spanish-speaking Meghan reveals that now she is brushing up on her FRENCH too

The Duchess of Sussex has been brushing up on her French, The Mail on Sunday can reveal.

Despite the demands of helping to organise her wedding to Prince Harry in May and taking part in a major tour of Australia, New Zealand, Tonga and Fiji, Meghan disclosed that she has been ‘trying to get better at my French over the last year’.

She made the comment during a recent visit to the Hubb Community Kitchen in London, where survivors of the Grenfell Tower fire have bonded over their shared love of food. 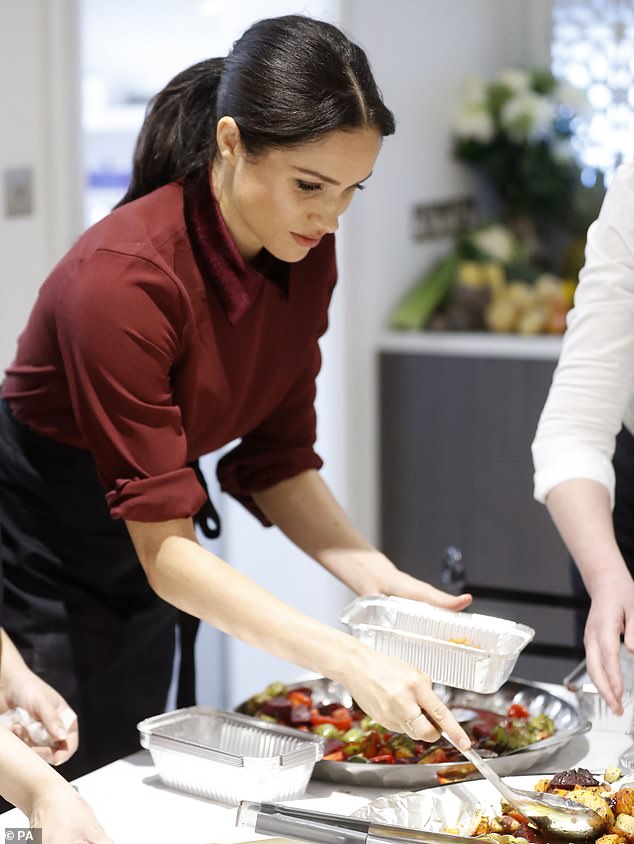 Meghan studied French for six years, and also learned Spanish in Madrid and during an internship at the US Embassy in Argentina.

She and Harry are known to be fond of France, having flown to Nice for a holiday a year ago.

It is not known exactly when the résumé was first used, however it does list her as being fluent in Spanish and ‘French proficiency’, with ‘dialects (Southern, French, Spanish, Argentine)’. 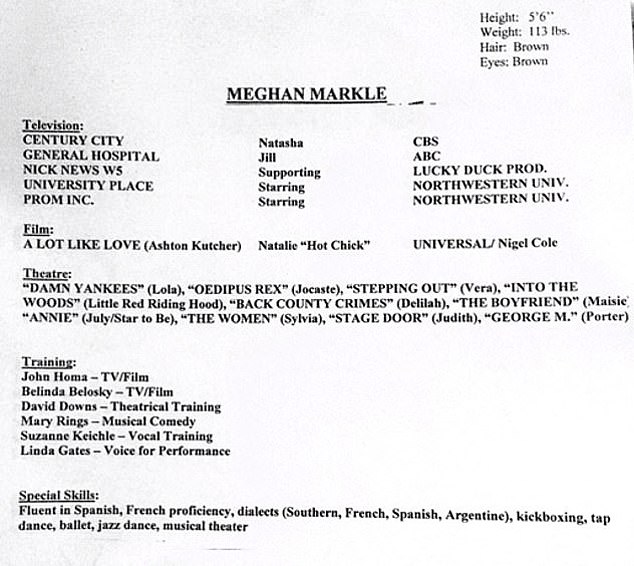 Meghan’s old résumé (pictured) resurfaced online which lists her as being fluent in Spanish and ‘French proficiency’, with ‘dialects (Southern, French, Spanish, Argentine)’ 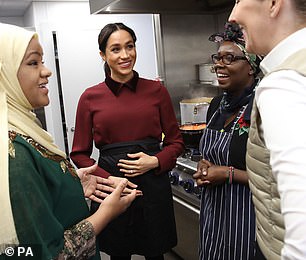 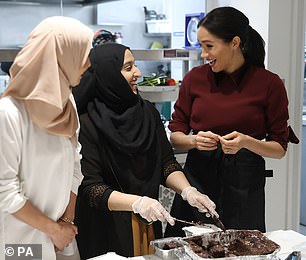 This comes after Meghan Markle gave Prince Harry a tour of the community kitchen where she worked on a charity cookbook alongside Grenfell survivors during a secret visit this week.

Harry paid his first visit to the Hubb Community Kitchen in west London with his pregnant wife, to see the work himself first-hand, on Thursday evening, the Mirror reported.

Opening up about Prince Harry’s visit, a royal source said: ‘He has met many of the women before at Meghan’s book launch at Kensington Palace, but this was the first time he has visited the kitchen.

The Duke and Duchess of Sussex (pictured in New Zealand earlier this year) made a joint visit to the Hubb Community Kitchen this week, it has emerged

‘He loved meeting the women whom his wife has spoken so fondly of over the last year and is a huge supporter of their work.’

Meghan last visited the Hubb Community Kitchen, not far from the site of the deadly tower block blaze in west London, in November.

The Duchess, who has been making private visits to the kitchen since January, helped launch the Together cookbook in September and wrote the foreword.

The book – full title Together: Our Community Cookbook – took the number one spot on Amazon within hours of being unveiled three months ago and has since sold nearly 40,000 copies in the UK, raising over £210,000.