THE SURGE in Delta Covid cases has shown signs of slowing down. 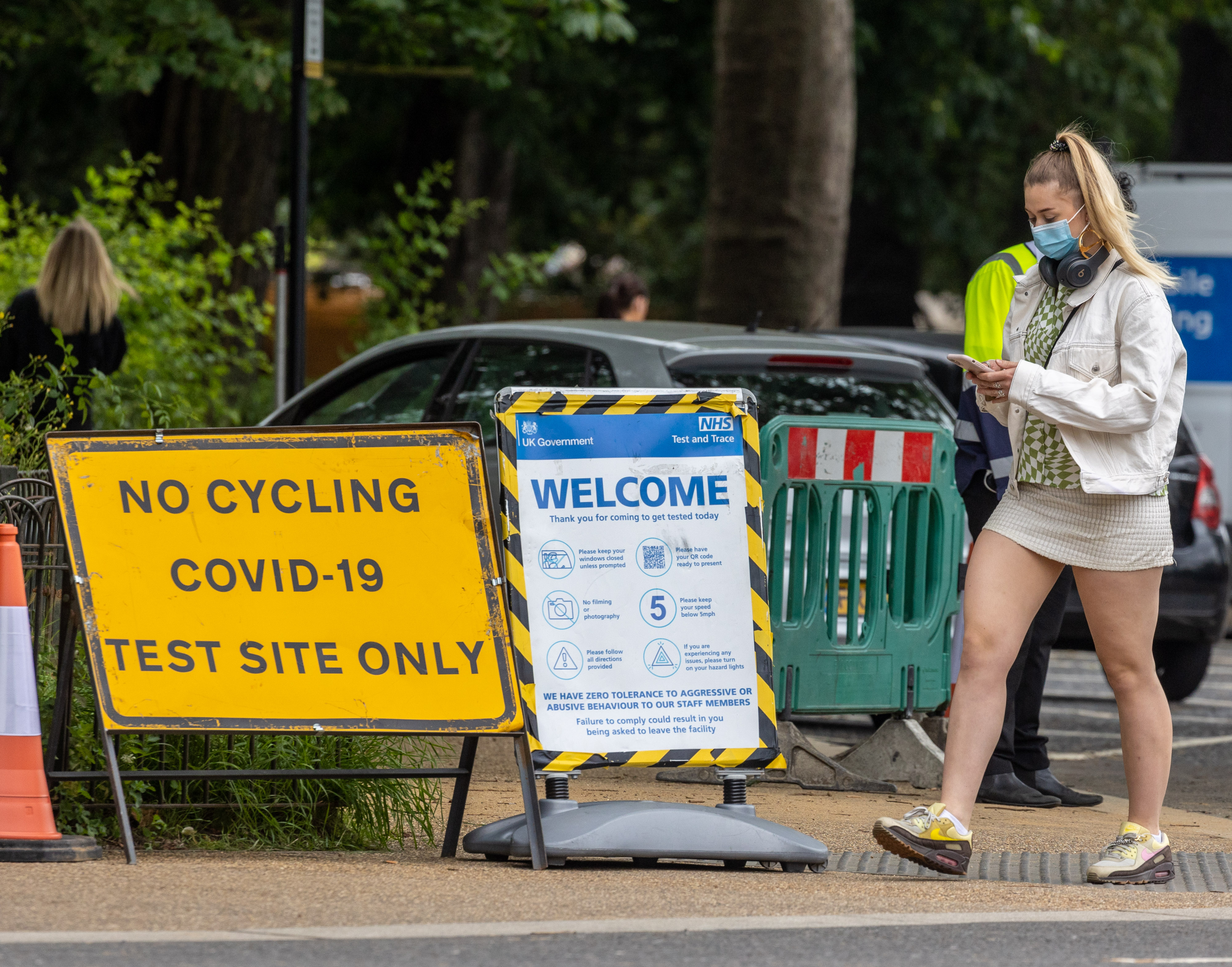 Last week, a 34 per cent increase was recorded by Public Health England.

It suggests the rate of growth is slowing down.

But it comes ahead of “Freedom Day” on Monday, when the remaining restrictions in England are lifted.

Experts say even if case rates are flattening, they will probably spike again – with the “peak” modelled around late August.

Delta, which was first detected in India, can spread faster than original variants, and poses a risk to both unvaccinated and vaccinated.

It currently accounts for approximately 99 per cent of cases across the UK.

Dr Jenny Harries, Chief Executive of the UK Health Security Agency, said although infections are worsening, hospitalisations are not rising at the same rate.

She said: “Case rates are still high and rising, but it is encouraging that the increase in cases still does not appear to be associated with a similar increase in hospitalisations and deaths.

“This is testament to the continued success of the vaccination programme in reducing the incidence of severe disease.

“The best way to keep yourself and those around you safe is to get both doses of the vaccine as soon as you are eligible.

“However, while vaccines offer excellent protection, they do not completely eliminate risk.

“As we approach the end of restrictions, it is as important as ever that we continue to exercise caution. Take your free twice-weekly rapid tests and if you have symptoms, you should book a PCR test immediately and stay at home until you receive your result.”

The Covid vaccines used in the UK – Astrazeneca, Pfizer and Moderna – protect against the Delta variant.

But they are not 100 per cent and getting two doses is significantly more effective than just one.

It comes after the ZOE Covid Symptom Study, led by King's College researchers, found the first signs that Covid cases are stabilising.

It estimates around 33,118 people are catching the virus each day, which remains similar to last week's guess of 33,723.

Tim Spector OBE, lead scientist on the ZOE COVID Study app and Professor of Genetic Epidemiology at King’s College London, said: “We are seeing the overall incidence rates plateau in the UK with an R value of 1.0, which is good news.

“The numbers are still high with around one in 142 people with Covid, so we’ll keep a close eye on numbers and the effect of the Euro Football Championship in the coming days and weeks.”

The ZOE app also shows that almost half of all cases are now in people who have had at least one vaccine dose, as a result of nearly 90 per cent of Brits having their first jab.

But Government data does not show signs of a shrinking outbreak.

The latest figures showed 48,553 more cases, the highest since January 15, while the 63 deaths were the biggest daily reported increase since March 26.

Boris Johnson claimed yesterday it was “highly probable” the worst of the pandemic is over.

The Prime Minister urged people not to “throw caution to the winds” as England’s restrictions ease on Monday.

And he acknowledged there would be more hospital admissions and deaths from Covid-19 to come during “difficult days and weeks ahead”.

Mr Johnson has already acknowledged daily cases could hit 50,000 by “freedom day” on Monday and Health Secretary Sajid Javid said they could top 100,000 over the summer.

Trump drives by supporters in Washington at rally for election recount