British tech tycoon should not be extradited to US over £3.7billion fraud case because UK has ‘surrendered sovereignty for too long’, ex-Cabinet ministers say

A British tech tycoon at the centre of a £3.7bn fraud case should not be extradited to the US because the UK has ‘surrendered sovereignty for too long,’ ex-Cabinet ministers have said.

Electrical engineering expert Michael Lynch is facing fraud charges in the US, as authorities claim he overstated the value of his software company before it was sold to Hewlett-Packard (HP) in 2011.

Ahead of an extradition hearing next month, former senior ministers and business leaders, including one-time Brexit secretary David Davis, as well as Sir John Rose, former chief executive of Rolls-Royce, have rallied in support of Mr Lynch.

They warned the 55-year-old faces ‘a decade in prison,’ if extradited and convicted. 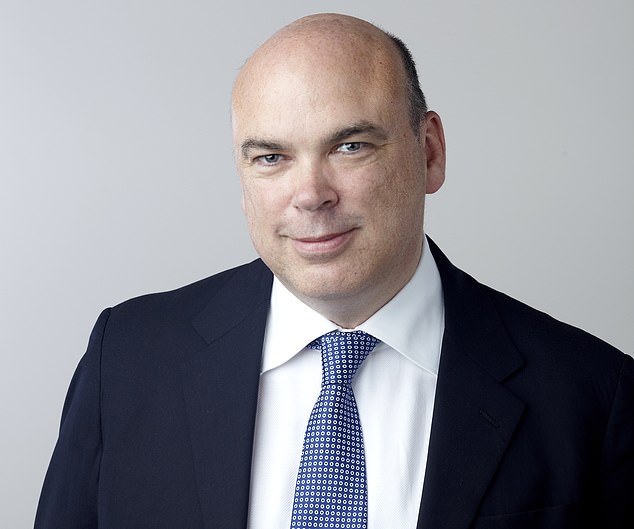 Michael Lynch, 54, sold his software company Autonomy to Hewlett-Packard (HP) in 2011 in an $11billion (£8.5million) deal – but faces 17 charges in the US including wire fraud, securities fraud and conspiracy to defraud

A joint letter published in The Times today read: ‘The Serious Fraud Office considered the case involving Mike Lynch and decided there was nothing worthy of prosecution.

‘The High Court picked over the issues for 10 months. The British legal system is quite capable of dealing with this. But our extradition treaty with the US can mean none of that matters.’

The letter warned that the treaty meant ‘any British businessman or woman who finds themselves at odds with a powerful US company could face the same fate’.

It added: ‘That means facing a system where prosecutors cut deals offering their own witnesses immunity, while those who want to testify for the defendant risk being dubbed ‘co-conspirators’ and prosecuted. This is not justice.’ 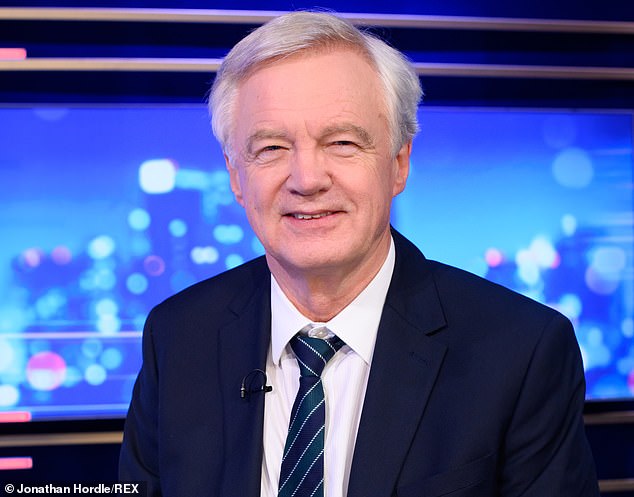 Former Brexit secretary David Davis is among the ex-ministers and business leaders who have called for Mr Lynch to not be extradited. A letter published in The Times argued the ‘British legal system is quite capable of dealing with this’ 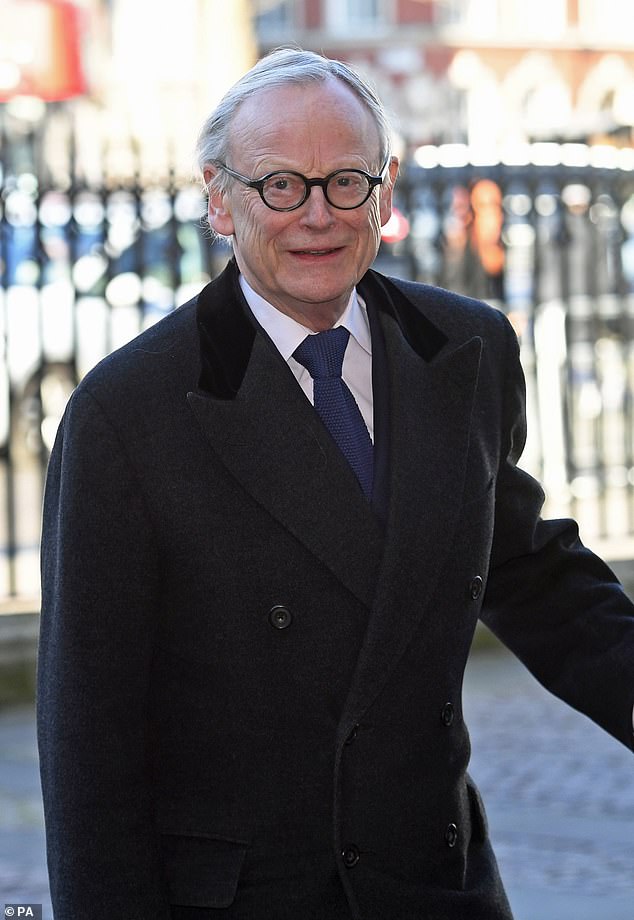 Autonomy, which specialised in software to sort through large data sets, was sold for $11bn, but the sale resulted in heavy loses for US firm HP.

An extradition request for Mr Lynch, who has a PhD in signal processing from the University of Cambridge, was submitted to British authorities in November 2019.

HP is seeking damages of 5 billion dollars (£3.7 billion) from Mr Lynch in a civil case in London’s High Court.

He claims any loss was down to the tech giant’s mismanagement of the acquisition.

Mr Lynch, who divides his time between London and his farm in Suffolk, was barred from leaving England and Wales. Lawyers told the hearing he had already handed over his British and Irish passports. 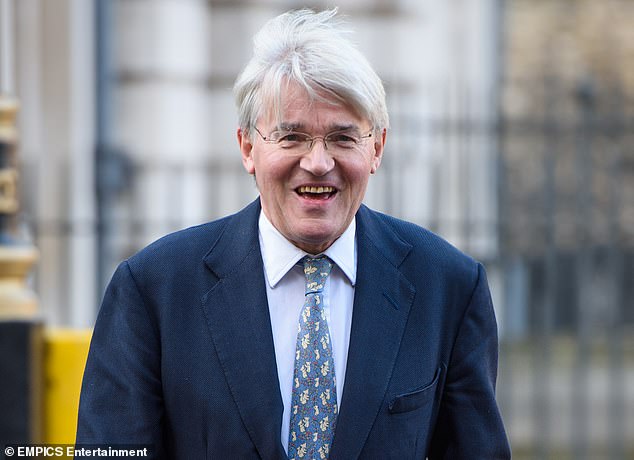 Former minister Andrew Mitchell has also leapt to the support of Mr Lynch, who is currently facing High Court proceedings in London with HP 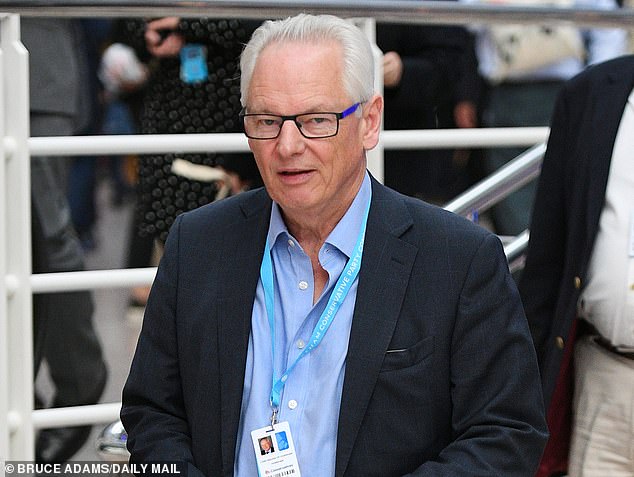 The letter, also signed by Lord Maude of Horsham, warns: ‘We’ve surrendered sovereignty over our own justice system for too long’

Concerns over Michael Lynch’s possible extradition come after it was ruled WikiLeaks founder Julian Assange would not be sent to the US for trial.

Assange is wanted in Washington to face 18 charges relating to the 2010 release by WikiLeaks of 500,000 secret files detailing aspects of military campaigns in Afghanistan and Iraq.

The US claims he helped intelligence analyst Chelsea Manning steal the 2010 documents before exposing confidential sources around the world.

He faces a possible 175-year sentence if convicted but Assange and his lawyers have long argued the case against him is politically motivated.

Earlier this month Judge Vanessa Baraitser rejected the United States’ request to extradite Assange, saying he was likely to kill himself if held under harsh US prison conditions.

The US has said it will appeal the decision.

Joining them is ex-Liberal Democrat MP Sir Vince Cable, who served as business secretary in the Conservative and Lib Dem coalition government.

The letter highlighted Boris Johnson’s criticism of the UK’s extradition treaty with the US.

It said: ‘The Prime Minister accepts the treaty is unbalanced. The Foreign Secretary has railed against it. Politicians on all sides want it changed.

‘We’ve surrendered sovereignty over our own justice system for too long.

‘The Government cannot stand by as another Briton risks being delivered like this to the US justice system.’

The letter comes just over a week after a Judge Vanessa Baraitser rejected the US’ request to extradite WikiLeaks founder Julian Assange.

Assange is wanted in Washington to face 18 charges relating to the 2010 release by WikiLeaks of 500,000 secret files detailing aspects of military campaigns in Afghanistan and Iraq.

The extradition request was denies amid concerns Assange, 49, would take his own life if held in a US prison.