A MASS brawl broke out in a pub car park with claims the violent row was sparked by a man "urinating on a gravestone” – with furious blokes launching glass bottles at each other.

Two women can be heard screaming “oh Jesus” and “someone has been stabbed” in the terrifying footage from the May Bank Holiday. 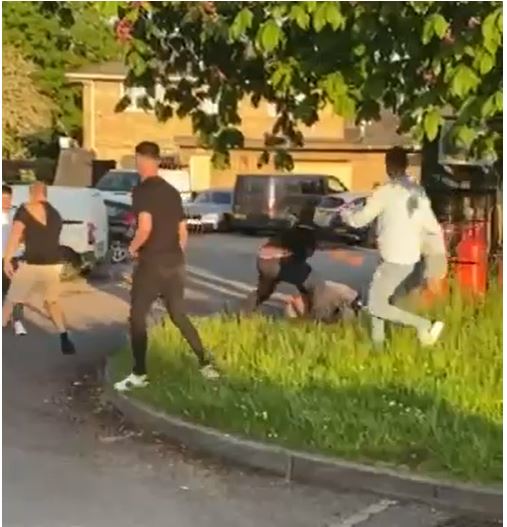 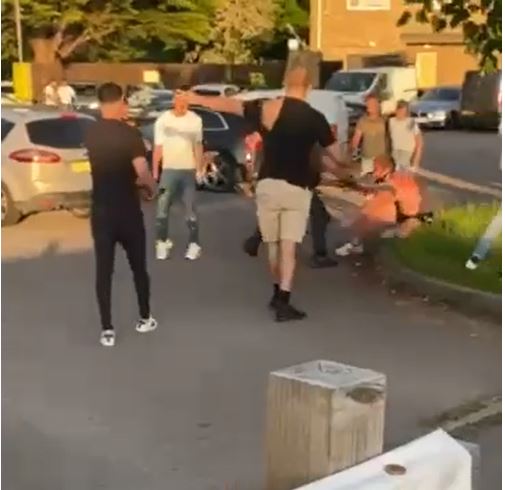 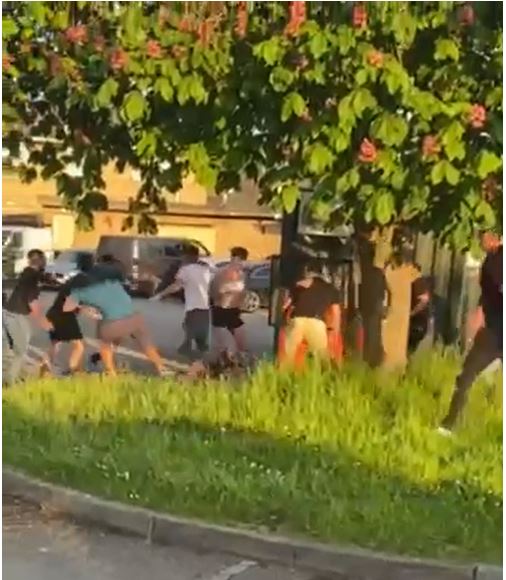 The violent fight broke out outside of the Ridge and Furrow pub in Abbeymead, Gloucester, on May 30th.

One local claims that the fight broke out after an unknown bloke bragged about how he had urinated on a gravestone.

Horror footage shows a group of up to twenty men grappling with each other, and one attempting to stamp on someone’s head.

The gang of men can be seen grappling with each other in the car park of the pub as they punch and wrestle each other on the ground.

One man is tackled to the floor before a gang of people pile in, appearing to kick and punch his head and body.

Stunned boozers can be heard shouting “someone’s been stabbed” and “someone’s stabbed me bro” before the footage dramatically cuts off. 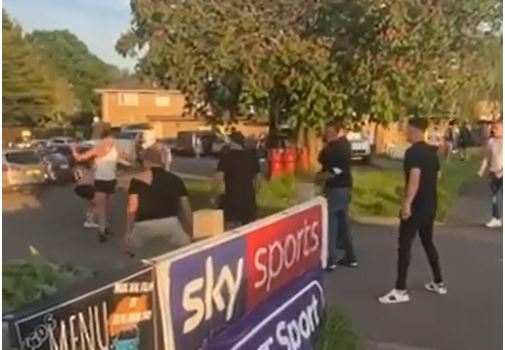 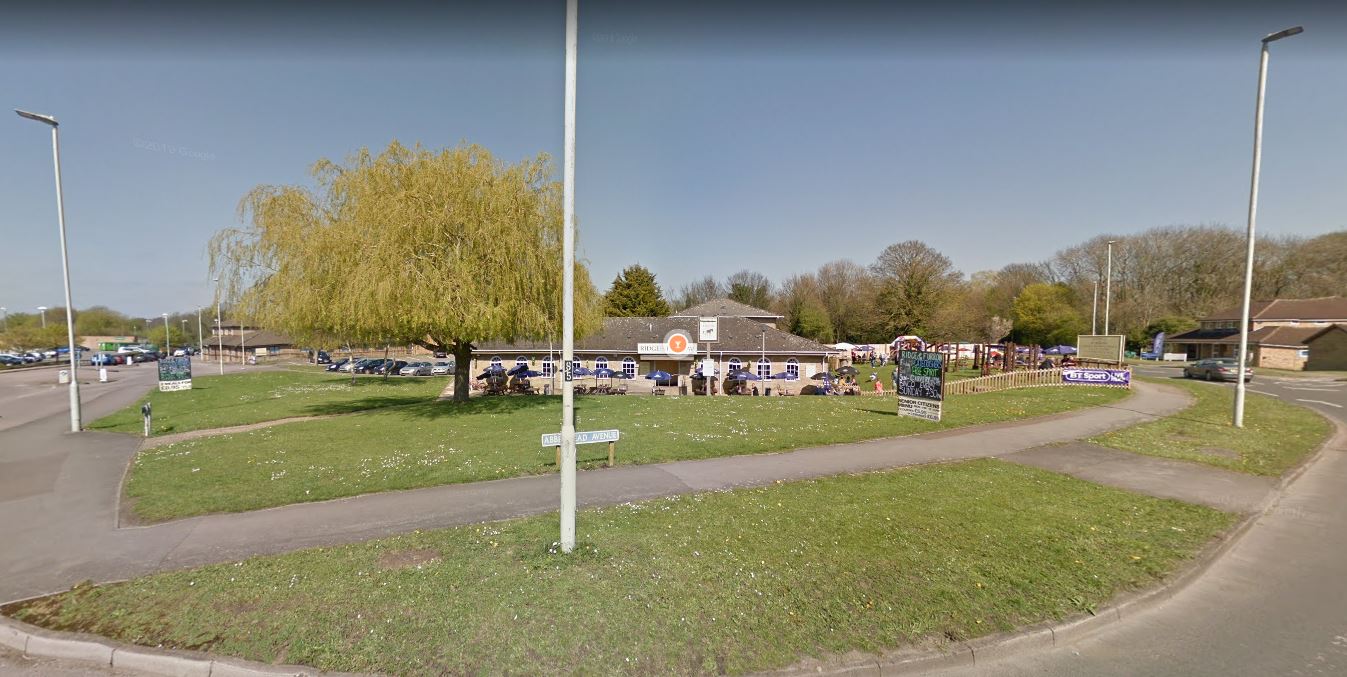 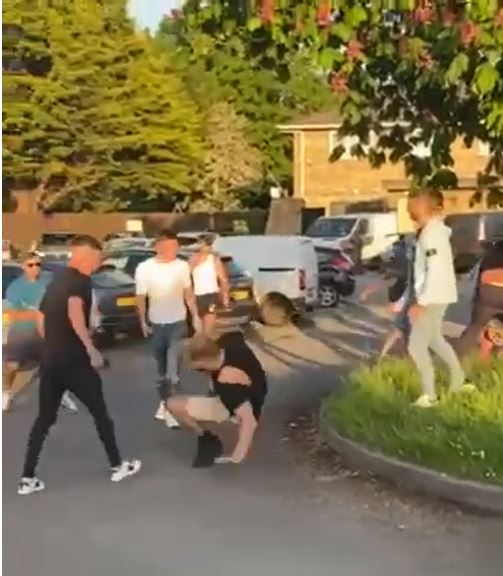 The gang of yobs can be seen pushing and punching each other, with ripped shirts and falling on the floor before launching missiles at each other.

Glasses and bottles were thrown in the brawl, and it is thought that one man was stabbed with a broken bottle.

One local who witnessed the violent brawl told The Sun: “It’s allegedly over a longstanding argument between two families.

“Something sparked it off and that’s what the result was, it’s not clear if anyone has been stabbed or exactly what the row was over.

“But since the fight there have been some allegations made that it was over someone urinating on a gravestone of someone else’s dad.

“Residents who live nearby have said that it started because someone was bragging about the incident on social media.”

In a statement Gloucestershire Police said; “Officers are appealing for information following reports of disorder with people fighting which took place in Gloucester on 30 May.

“The incident, which it is believed involved people who had been drinking at the Ridge and Furrow, took place in a car park adjacent to the pub in Glevum Way at around 8.20pm.

“Detectives were continuing to investigate the circumstances of the incident and would like to speak to anyone who has information about what happened.

“We’ve had third party reports that at least one man was injured, however those individuals who may have sustained injuries have not spoken to police.

“Enquiries are ongoing to establish who was involved and anyone with information can provide this anonymously to independent crime-fighting charity Crimestoppers by calling 0800 555 111 or online https://crimestoppers-uk.org.”

Earlier in June, shocking footage showed a thug spitting out a rival's ear after a brawl at The Cricketers Pub in Dover, Kent.

A second brawl broke out which showed shirtless louts lobbing deck chairs at each other in Southend-on-Sea, Essex.

And on June 3, a man was filmed beating up a pal he accused of stealing money from his daughter's purse in Worcestershire.

Sanders tells supporters not voting for Joe Biden is ‘irresponsible’

Sajid Javid: Masks not needed in Commons because MPs not 'strangers'