THIS is the dramatic moment a woman was forced to fend off a "very dangerous" alligator after it tried to bite her paddleboard.

Vicki Reamy Baker was in the middle of a lagoon at Silver Springs State Park, Florida, when the beast started prowling around her board. 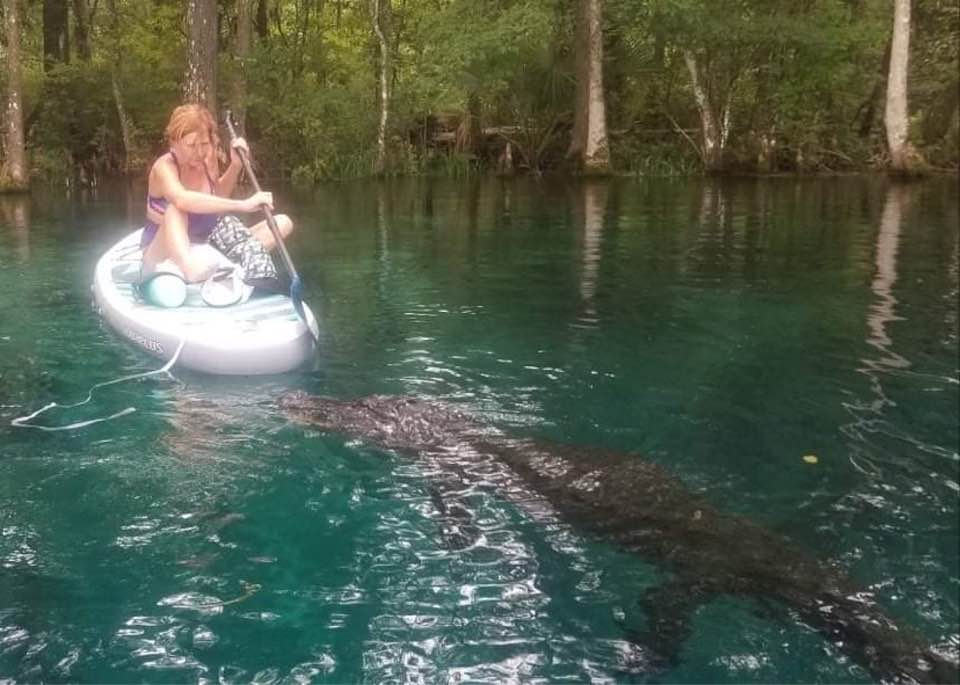 As the alligator gets closer and closer to her board, Vicki then exclaims "oh s***, no, go away" before pushing the creature away using her paddle.

The riled up gator then hisses at her as a man on loudspeaker says: "Mam, I would suggest backing up considering you just made him pretty mad."

In a second clip, the alligator can be seen just a few feet away from Vicki's board.

"Why are you messing with me," she says.

"Why are you trying to bite me?

"I've never had a gator come at me like that before.

"Look how close he is to me. He came after me and tried to bite my paddleboard.

"Somebody's been feeding that gator. Makes them very dangerous."

Last year, 12 alligator attacks happened in the state, with an average of seven unprovoked bites per year in the past decade, according to data from the Florida Fish and Wildlife Conservation Commission.

It comes after a horror TikTok video captured a Florida alligator going up in smoke after chomping on a drone he believed to be food.

The footage, which was shared on TikTok and taken in the Everglades, shows an alligator called George chomping on a drone, trying to eat it, and ultimately triggering the eruption of smoke.

Meanwhile, a woman filmed a massive alligator blocking the road in Florida.

The surprise discovery led the passenger to ask: "What the f**k is wrong with Florida?".

In the clip, the woman winds down her window to reveal the beast chilling in the middle of the street.

The gator is part submerged on the water-logged tarmac as the rain pelts down, and it appears to be going nowhere despite drivers honking their horns to get it to move.