Day one of cross-examination.

Ben Roberts-Smith, a former SAS soldier, is suing two newspapers owned by Nine and one other, in addition to three journalists, for stories that he claims portrayed him as a murderer, on top of an allegation he punched a woman. His interlocutor, Nicholas Owens, SC, is defending the media outlets. They claim that the allegations are true. 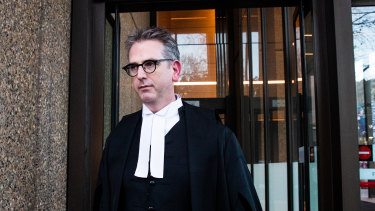 Both men have rehearsed for this exercise.

Mr Owens is recognised as being among the most skilled in his field, a gentleman interrogator and expert in the parsing of truth and lies. He is bookish and bespectacled, with grey hair that grows vertically.

Mr Roberts-Smith, who earned a Victoria Cross on the battlefield, has been trained in resistance to interrogation. He is dressed in a sharp suit and has a straight parting in his hair.

The hearing is nearing the end of its second week, the point in any trial at which the players are so familiar to one another, so caught in their common endeavour, that the courtroom takes on the atmosphere of a bus tour. Mr Owens and Mr Roberts-Smith have taken each other’s measure.

And so begins the discourse. 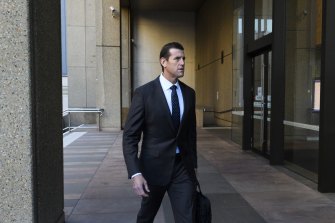 “Is it correct that, at all times when you were deployed to Afghanistan, you understood that it would never be permissible to kill a PUC [person under control]?” – Yes.

It can hardly be described as a duel. The questions are posed courteously, the answers are thoughtful. Piece by piece, Mr Owens builds the detail into the version of events that Mr Roberts-Smith has already given. What could he see? Which direction was he moving? How long did that take him? Why did he choose to climb the embankment? 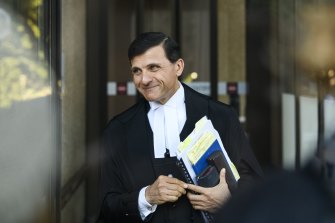 The underlying question is: wherein lie the traps?

The only obvious tension arises between the barristers, when Mr Robert-Smith’s counsel, Arthur Moses, SC, complains to the judge that Mr Owens does not understand military operations from the way that he couched one of his questions. (Mr Moses, of course, has appeared in multiple defence cases and is a squadron leader in the Australian Air Force Specialist Reserve.)

“I’m grateful to my friend,” Mr Owens replies. “I know what I’m doing.”

As they tread through the evidence, Mr Owens probes who can substantiate Mr Roberts-Smith’s account, what he remembers and what he does not.

Mr Roberts-Smith is able to draw a picture of how a particular insurgent walked outside a bombed compound, he can remember shooting the enemy and dragging him back behind the wall, and he can remember going out again to retrieve his weapon. But he cannot remember which other operative was with him at the time.

It has been over a decade since the events took place, and Mr Owens anticipates that his cross-examination will go for five days. Between the devilish details, both men will need to stay sharp.

Hippopota-MUD! Scores of hippos cram into a tiny waterhole to cool off