Six years ago, real estate agent Rosemary Jamonts adopted an unusual practice that raised the eyebrows of her competitors.

She started advertising the reserve price of vendors’ properties the second they were listed for auction. 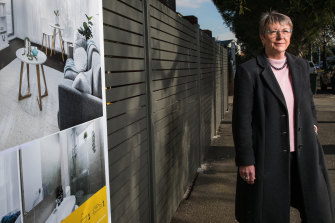 Real estate agent Rosemary Jamonts is calling for reserve prices to be published ahead of auctionsCredit:Jason South

“We believed it was transparent, honest and the right thing to do,” the director of Ray & Horne Williamstown said.

As concerns grow about underquoting in Australia’s booming property market, an outspoken group of real estate agents and buyers agents are calling on the Victorian government to make it compulsory to advertise reserve prices before auctions.

“Underquoting is rife,” Ms Jamonts said. “The problem would be fixed overnight if there was legislation requiring reserve prices to be published.”

She said disclosing this information delivered better results for vendors and buyers.

“We think it achieves a better price for the vendor because we are dealing with buyers that are at or above their bottom line,” she said. “And buyers are not wasting their money on building inspections when they have no hope.”

The Age revealed last week that Consumer Affairs Victoria had been inundated with complaints about underquoting, recording 383 inquiries between February and the end of April, a 129 per cent increase on the same period last year and up 34 per cent from 2019. It is becoming increasingly common for properties to sell for hundreds of thousands of dollars beyond the top range of price estimates.

“It’s lazy real estate. They get big numbers of underqualified people through the property and it makes the vendor feel warm and fuzzy because they feel there is interest, but it is all in the wrong price bracket.”

While agents are required by law to publish an indicative selling price, they do not have to disclose the reserve price before auction. The reserve can be higher than the advertised price. 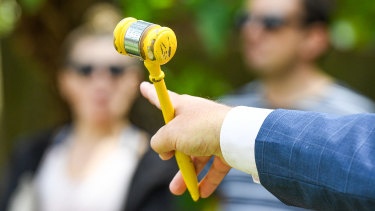 The managing director of Keatings Real Estate has conducted more than 120 auctions with declared reserve prices and said his approach repaired the trust between agents, buyers and vendors.

“If you get beaten in an open, transparent matter, that is fine,” the former head of the Real Estate Institute of Victoria’s ethics committee said. “It is when things are artificial and manipulated that you feel cheated.”

In 2009, Mr Keating unsuccessfully lobbied the institute to ask the government to introduce legislation that would have forced vendors to publish their reserve price ahead of auction.

“It would provide transparency,” he said. “That is the vendor’s figure. You won’t buy it for any less than that, but you’re not a million and a half out.”

Mark Errichiello, the Real Estate Buyers Agents Association of Australia’s Victorian representative, said publishing reserve prices could be useful for buyers, but he did not think it should be mandatory.

“At least [buyers] would know the vendors’ expectations,” he said. “They can move on and not focus their time on the wrong asset.”

Mr Errichiello, who works as a buyer’s agent in Melbourne’s northern suburbs, said vendors needed the flexibility to set their reserve up until the day of an auction to reflect the level of interest in a property.

When asked if there was any merit in the proposal, a government spokeswoman said the selling price of a property was influenced by market changes, the level of interest in a home and competition.

“Reserve prices are influenced by the level of interest in the property, and therefore typically aren’t set until the conclusion of an advertising campaign – often on the day of auction,” she said.

A Real Estate Institute of Victoria spokesman encouraged members to submit proposals to the organisation for further input.

“Any proposals for legislative change are only submitted to government after due diligence and consideration,” he said.

He said agents must prepare a Statement of Information, which includes the estimated selling price, the median house or unit price for the suburb, and three comparable sales, where available.

Skier dangles from chairlift by her JACKET