British pop singer Tom Parker — whose boy band the Wanted was a global sensation and scored a triple-platinum-selling, top three Billboard Hot 100 hit in 2012 with “Glad You Came” — has died at age 33. Parker was diagnosed with inoperable stage four glioblastoma, an aggressive type of brain cancer, in October 2020, while his wife Kelsey Hardwick was pregnant with their second child. Hardwick announced the news of Parker's death Wednesday in a heart-rending Instagram post.

“It is with the heaviest of hearts that we confirm Tom passed away peacefully earlier today with all of his family by his side,” Hardwick wrote. “Our hearts are broken, Tom was the centre of our world and we can't imagine life without his infectious smile and energetic presence. We are truly thankful for the outpouring of love and support and ask that we all unite to ensure Tom's light continues to shine for his beautiful children. Thank you to everyone who has supported in his care throughout, he fought until the very end. I'm forever proud of you.” 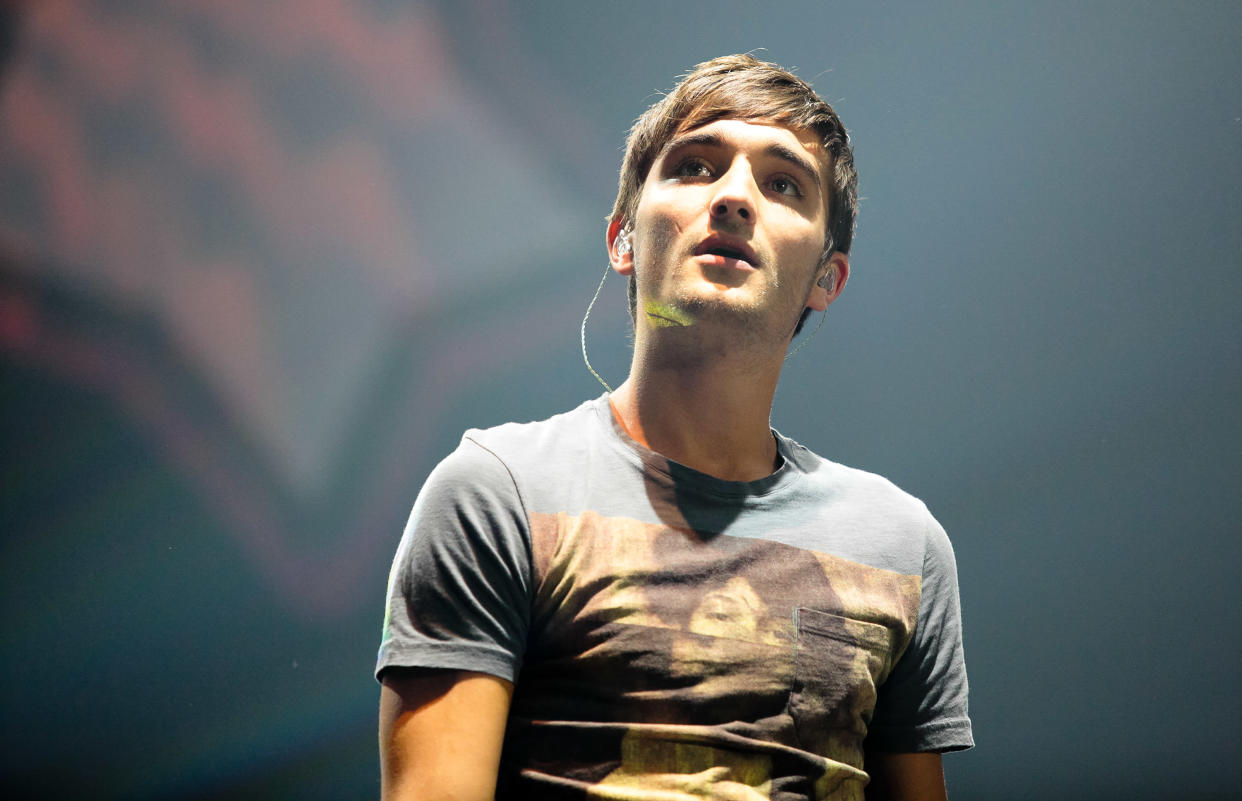 A statement on the Wanted’s Instagram page read, “Max, Jay, Siva, Nathan and the whole Wanted family are devastated by the tragic and premature loss of our bandmate Tom Parker, who passed away peacefully at lunchtime today surrounded by his family and his bandmates. Tom was an amazing husband to Kelsey, and father to Aurelia and Bodhi. He was our brother, words can’t express the loss and sadness we feel. Always and forever in our hearts.”

British-Irish boy band the Wanted formed in 2009 through a nine-month mass talent search organized by the Saturdays’ music impresario Jayne Collins, with Parker, Jay McGuiness, Max George, Siva Kaneswaran, and Nathan Sykes eventually being selected from the more than 1,000 singers who auditioned. Managed by Scooter Braun and signed to Universal Music, they went on to sell 10 million records — including 600,000 albums and 2 million singles in the U.K. alone, where their self-titled debut album peaked at No. 4 and spawned three top 20 singles. Stateside success came in 2012 with the breakout hit “Glad You Came,” which also went to No. 1 in Britain. A year later, the group starred in their own E! reality series in America, The Wanted Life. During their career, the Wanted were nominated for 14 World Music Awards, two Brit Awards, an American Music Award, and a MTV Video Music Award.

In 2014, the Wanted went on hiatus so that the band members could focus on solo careers. During that break, Parker released the solo single “Undiscovered,” performed as a DJ, and collaborated with Richard Rawson on a track called “Fireflies.” He also competed on the U.K. reality shows Celebrity Masterchef and The Jump and played Danny Zuko in a British touring production of Grease.

On Oct. 12, 2020, Parker announced that he had been diagnosed with brain cancer after he began experiencing seizures three months earlier, describing his condition as the “worst-case scenario.” Speaking to OK! magazine, he recalled: “[Doctors] pulled the curtain around my bed and said, ‘It's a brain tumor.’ All I could think was, ‘F***ing hell!’ I was in shock. It's stage four glioblastoma and they've said it's terminal. It was a lot to deal with by myself. I still haven't processed it.”

In January 2021, Parker announced on social media that his tumor had been “significantly reduced” and that he was continuing with treatment. Last October, he told The Sun that he was determined to beat the odds, saying, “They give you 12 to 18 months of survival. But that’s the general statistics. Everyone we’ve spoken to has been way, way beyond that. Now, we’re aiming to be cancer-free by March. That’s the aim. This disease is always there. You might have residual cells but just not active.” In November 2021, he posted on Instagram that his tumor was “under control” after he underwent several rounds of chemotherapy and more than 30 radiotherapy sessions.

In September of last year, Parker held a special Stand Up to Cancer/National Brain Appeal charity concert at London’s Royal Albert Hall called “Inside My Head,” which along with appearances by Becky Hill, McFly, and One Direction’s Liam Payne featured the first Wanted performance since their hiatus. In November 2021, the reunited Wanted released the compilation Most Wanted: The Greatest Hits, which included their first new song in seven years, “Rule the World.” The band embarked on a 12-date comeback tour just this month, on which they donated a £1 from every ticket sale went to the Brain Tumour Charity. Parker unfortunately had to officially pull out of the tour to undergo more cancer treatment, but he joined George, Sykes, Kaneswaran, and McGuinness in surprise appearances at some of their concerts. Parker’s final Instagram photo, posted two days before his death, showed him onstage with his bandmates with the caption “Dream Team.”

Tom Parker is survived by his wife Kelsey Hardwick and their two children, 2-year-old Aurelia and 16-month-old Bodhi.

Cops battle to shut down illegal rave for 30 HOURS after 3,000 people cram together in forest