This is the moment a gas meter is ripped off the side of a wall leaving a young family and a toddler with croup without heating for more than 48 hours.

Kaitlan Walton, 21, from Hamilton, Leicestershire, discovered her heating was not working when she went to turn it on late at night and then realised the entire meter was missing.

She said: ‘Sunday evening at about eight it was all working fine, but then at about 11 when I went to turn the heating on it wasn’t working.’ 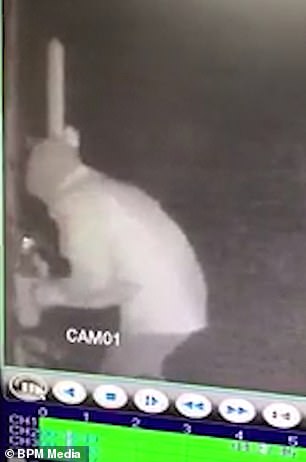 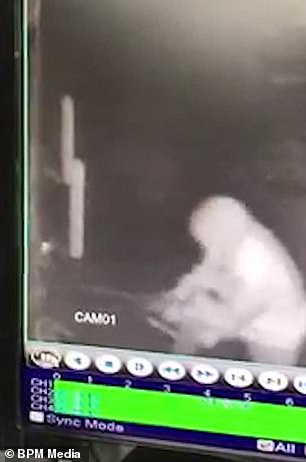 In CCTV footage from outside her home a person, who appears to be holding a spanner, can be seen trying to remove the metre and twisting it away from the wall.

After only a minute of fiddling with the unit on the footage, they pull it off the wall and quickly walk away.

The stay-at-home mum of two said that she called the police but was told there was nothing they could do and that she should contact the gas company.

So she rang her gas supplier, British Gas, who told her they couldn’t do anything unless they spoke to the police.

When she called the Police for the second time she spoke to a different person and this time they gave her an incident number. 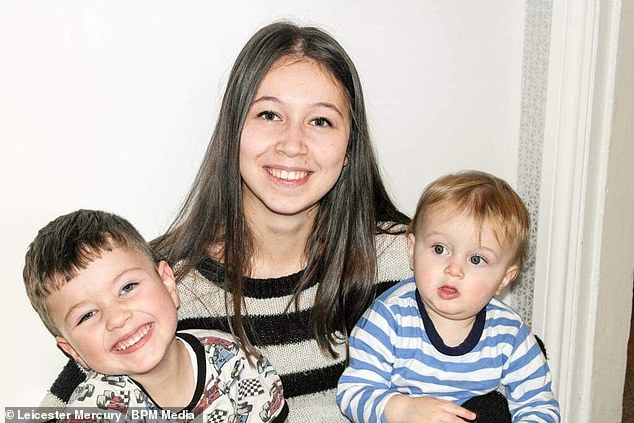 Kaitlan Walton, 21, said her family was left without heat for days after the meter was taken

The theft of the gas meter meant that Ms Walton and her two children, who are 15 month-old and five-years-old, were left freezing for more than two days.

Her 15 month-old suffers from croup and was struggling with breathing, making living without heating extremely difficult.

‘I don’t understand why anyone would do this,’ she told Leicestershire Live.

Leicestershire Police confirmed that the incident has been reported to them and that they had been in contact with British Gas.

A Police spokesperson said: ‘Enquiries are being carried out and we have been in contact with British gas. As of yet no arrests have been made.’