Three people, including a female corrections officer, are killed and five are wounded after a gunman opens fire at a Miami graduation party

Three people were killed in Miami and five more wounded after a gunfight outside a hookah lounge where a graduation party was being held.

One of the victims was a female corrections officer, who died in hospital. The other two were men in a car that crashed near the scene and were found dead. A gun was found inside the car.

The gunfight happened at around 2am in the Kendall district of southern Miami.

Revelers had been celebrating a graduation party and were milling around outside the venue when two cars – a dark colored Chevy Malibu and a white Toyota Camry – pulled into the parking lot, and those inside opened fire. 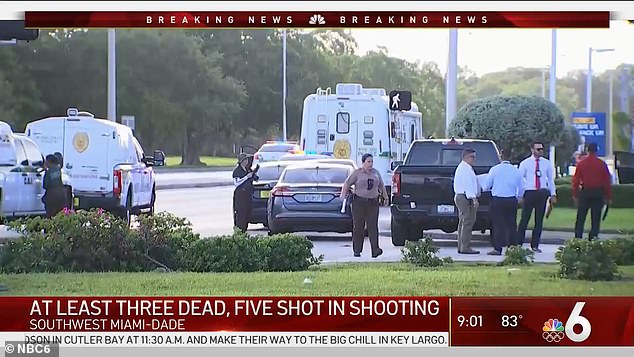 Police are seen in Miami on Sunday morning examining the scene of a shooting that took place overnight. Three people died and five were wounded when two cars pulled up to a parking lot and opened fire. Officers are still searching for the cars involved 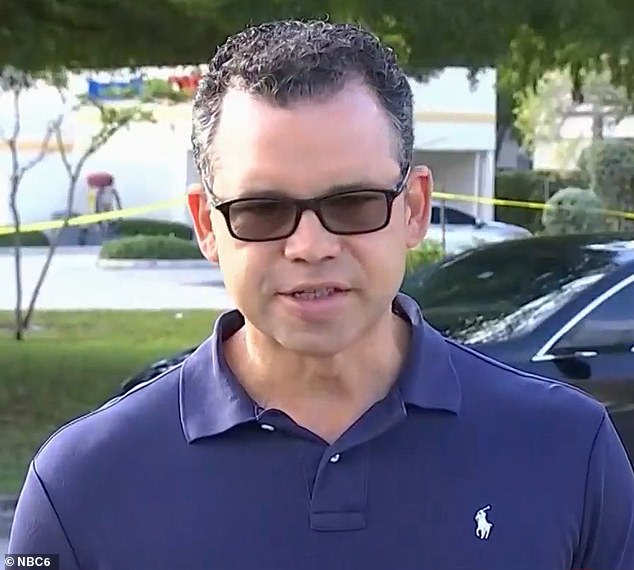 Freddy Ramirez, the director of Miami-Dade police, said on Sunday morning: ‘This violence has to stop. Every weekend is the same thing’

Five were wounded, and took themselves to hospital.

The shooting comes a week after the worst mass shooting in the county in recent memory.

On May 30 three gunmen in ski masks and hoodies ambushed a crowd leaving a rap album release concert, at a club in Northwest Miami-Dade, unleashing a barrage of gunfire that killed two and injured 20 others.

Freddy Ramirez, the director of Miami-Dade Police Department, spoke of his sadness and anger at the waves of shootings.

‘It just goes to show you the magnitude of this gun violence issue,’ Ramirez said on Sunday morning.

‘It doesn’t just affect the community, it affects the law enforcement community as well.

‘We all have to band together. This violence has to stop,’ Ramirez said. ‘And this is extremely frustrating. Every weekend is the same thing.’

Through May 23, there were 41 homicides reported in unincorporated Miami-Dade County, the same number as of that date last year. But last year saw a big increase in homicides over the recent averages. 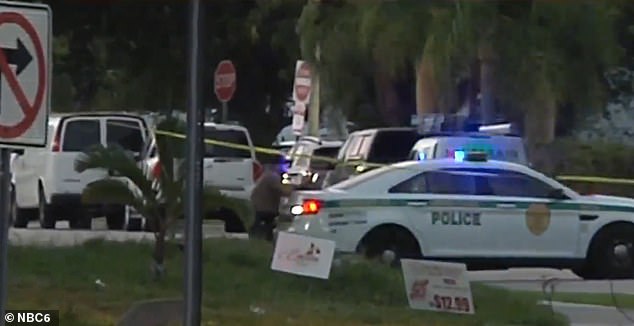 Police are looking for the two cars involved in the shooting in the early hours of Sunday, outside a strip mall where a graduation party was being held

Police are seen at the scene of the shooting, which happened in the early hours of Sunday

Daniella Levine Cava, mayor of Miami-Dade, said she was ‘horrified’ by the tragedy.

‘Protecting the safety and wellbeing of all Miami-Dade families and swiftly bringing those responsible to justice is our most urgent priority,’ she said in the statement.

‘We will not allow a small group of violent actors to terrorize our community, and violent offenders will face the full weight of the law.’

She has brought in an $8 million ‘Peace and Prosperity Plan’ to reduce shootings, but the city is yet to decide exactly how the money will be spent.

‘I can’t imagine the horror for these families when a celebration of their young graduates is marred by such unspeakable violence,’ Regalado said in a statement

‘This incident is proof that gun violence knows no boundaries in our Miami-Dade community.’

Police are still looking for the second car involved.

Trump: ‘Suburban housewives’ will vote for me over Joe Biden