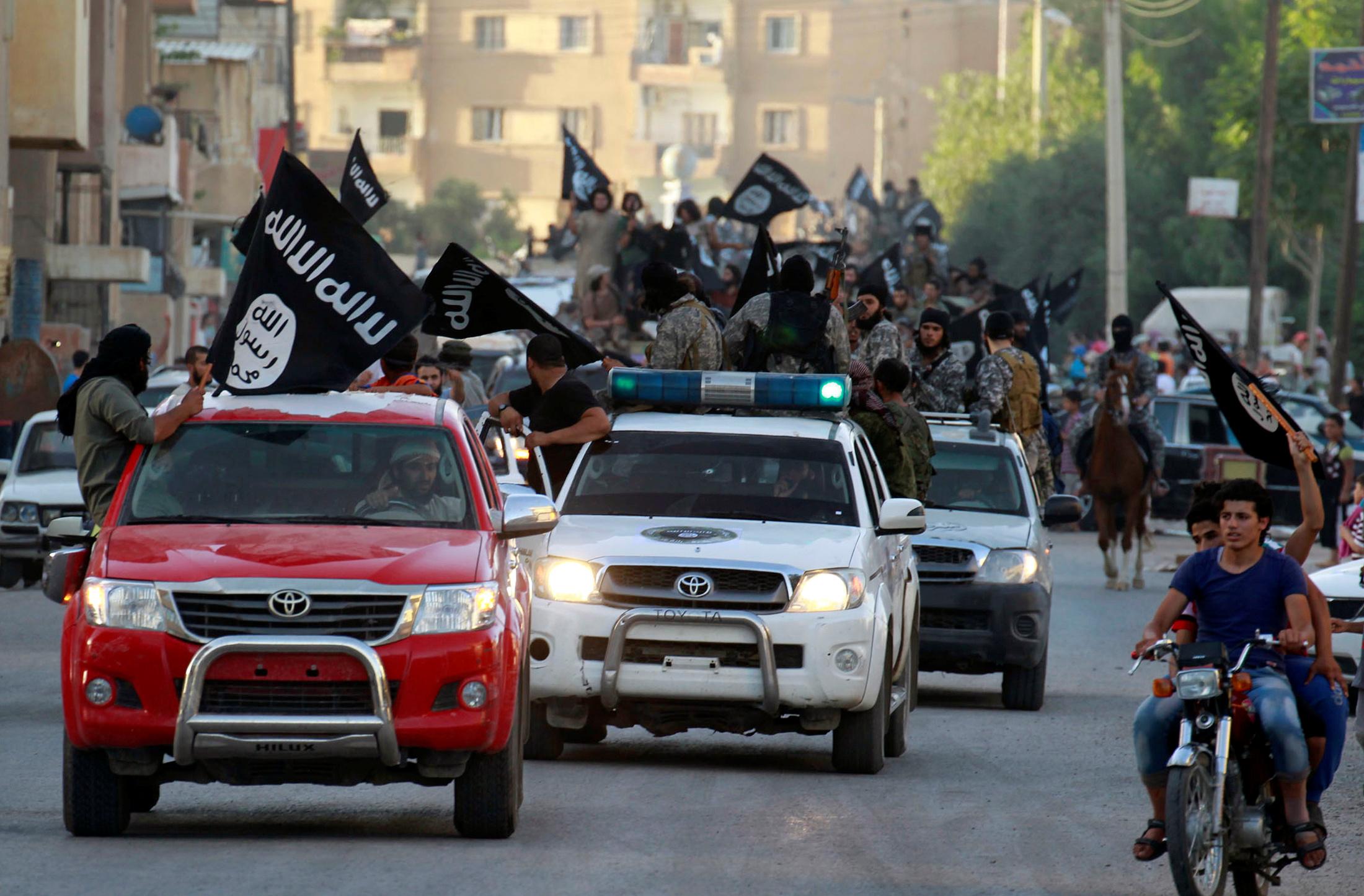 ** 2011 – After Syria’s crisis begins, the group’s leader Abu Bakr al-Baghdadi sends operatives there to set up a Syrian subsidiary. Baghdadi follows in 2013, breaking with al Qaeda and renaming his group ‘The Islamic State in Iraq and the Levant’.

** 2014 – Its year of sudden success starts by seizing Fallujah in Iraq and Raqqa in Syria at the turn of the year. It takes Mosul and Tikrit in June and overruns the border with Syria. At Mosul’s great Mosque, Baghdadi renames it Islamic State (IS) and declares a caliphate.

So begins a reign of terror. In Syria, it massacres hundreds of members of the Sheitaat tribe. In Iraq it slaughters thousands of Yazidis in Sinjar and forces more than 7,000 women and girls into sexual slavery. It beheads Western hostages in grotesquely choreographed films.

In September, the United States builds a coalition against IS and starts air strikes to stop its momentum, helping the Syrian Kurdish YPG militia turn it back from Kobani on the border with Turkey.

** 2015 – Attackers in Paris strike a satirical newspaper and a kosher supermarket, the bloody start to a wave of attacks that IS claims around the world. Militants in Libya behead Christians and pledge allegiance to IS, followed by groups in other countries, but they stay operationally independent.

In May, IS takes Ramadi in Iraq and the ancient desert town of Palmyra in Syria, but by the end of the year it is on the back foot in both countries.

** 2016 – Iraq takes back Fallujah in June, the first town IS had captured during its initial blaze of success. In August, the U.S.-backed Syrian Democratic Forces (SDF), spearheaded by the Kurdish YPG, takes Manbij in Syria.

Alarmed by the Kurdish advances near its own frontier, Turkey launches an offensive into Syria against both IS and the YPG. Enmity between Turkey and the YPG will continue to complicate operations against IS.

** 2017 – Islamic State suffers a year of catastrophic defeats. In June it loses Mosul to Iraqi forces after months of fighting and Baghdad declares the end of the caliphate. In September the Syrian army races eastwards backed by Russia and Iran to relieve Deir al-Zor and re-extend state control at the Euphrates. In October, the SDF drives IS from Raqqa.

** 2018 – The Syrian government retakes IS enclaves in Yarmouk, south of Damascus, and on the frontier with the Israeli-occupied Golan Heights. The SDF advances further down the Euphrates and Iraqi forces take the rest of the border. The U.S. vows to withdraw troops.

** 2019 – IS is besieged in its last enclave on the Euphrates at the village of Baghouz.