Nineteen-month-old Prince Calot was being carried by his mother Lorna Stephanie Nueva, 25, on the bike as they rode home from a doctor's appointment in Northern Samar in the Philippines. 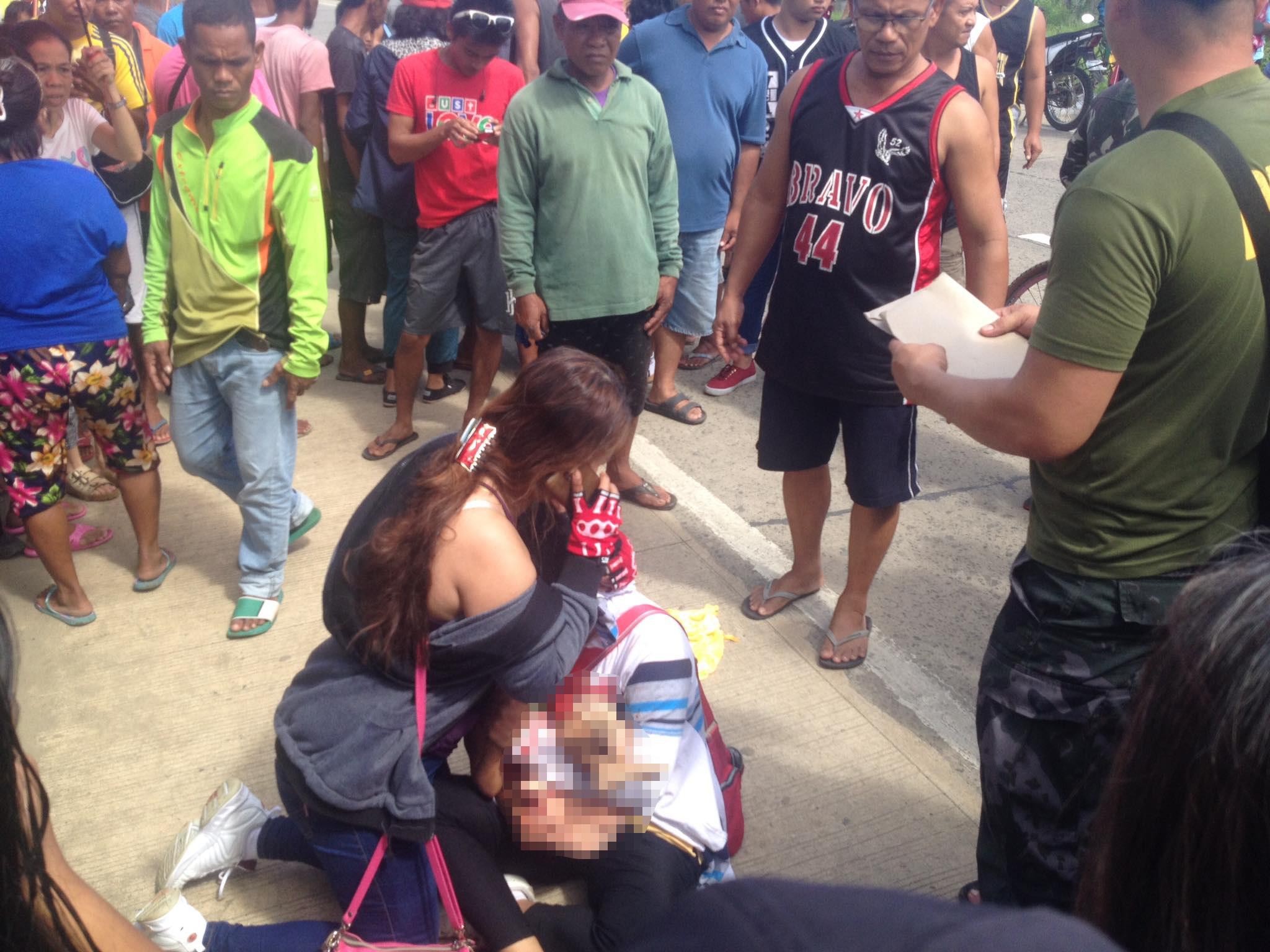 Lorna was riding pillion carrying the tot in her arms on December 2 while her mother, Rosita Tejano, 45, was steering.

During the journey the long yellow silk scarf – which had been put on to protect the baby's head from the sun and keep it out the wind – dangled down and was pulled into the moving cogs of the motorcycle.

The shawl tightened around the baby's neck and flung him to the ground – ripping off his fragile head in the process.

The two adults were unable to prevent the boy from being caught up in the Honda XRM motorcycle. 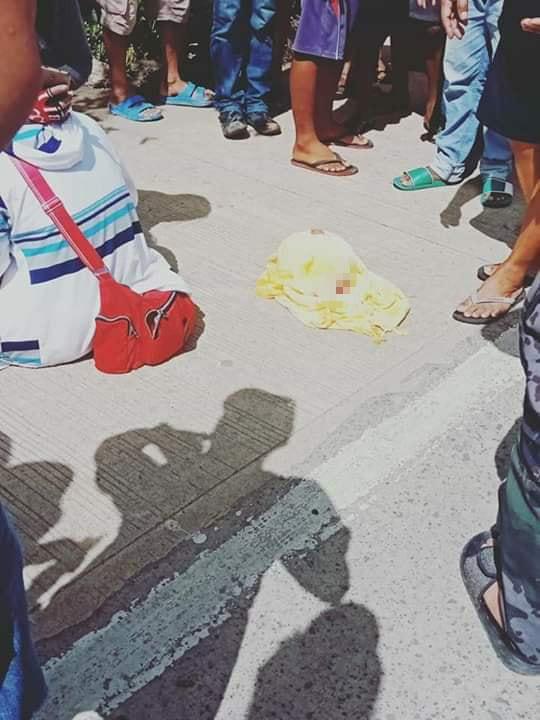 Heartbreaking pictures show Lorna cradling the blood-covered headless corpse of the toddler as shocked residents came to help in the town of Laoang.

Prince's head was lying on the ground with the yellow scarf still wrapped around it.

Loran pleaded with onlookers for help but the boy was pronounced dead at the scene by the time ambulances arrived.

She said: ''I don't know how it happened. I gave my boy the scarf to stop him from getting chills while we rode and to keep the sun away from his head. 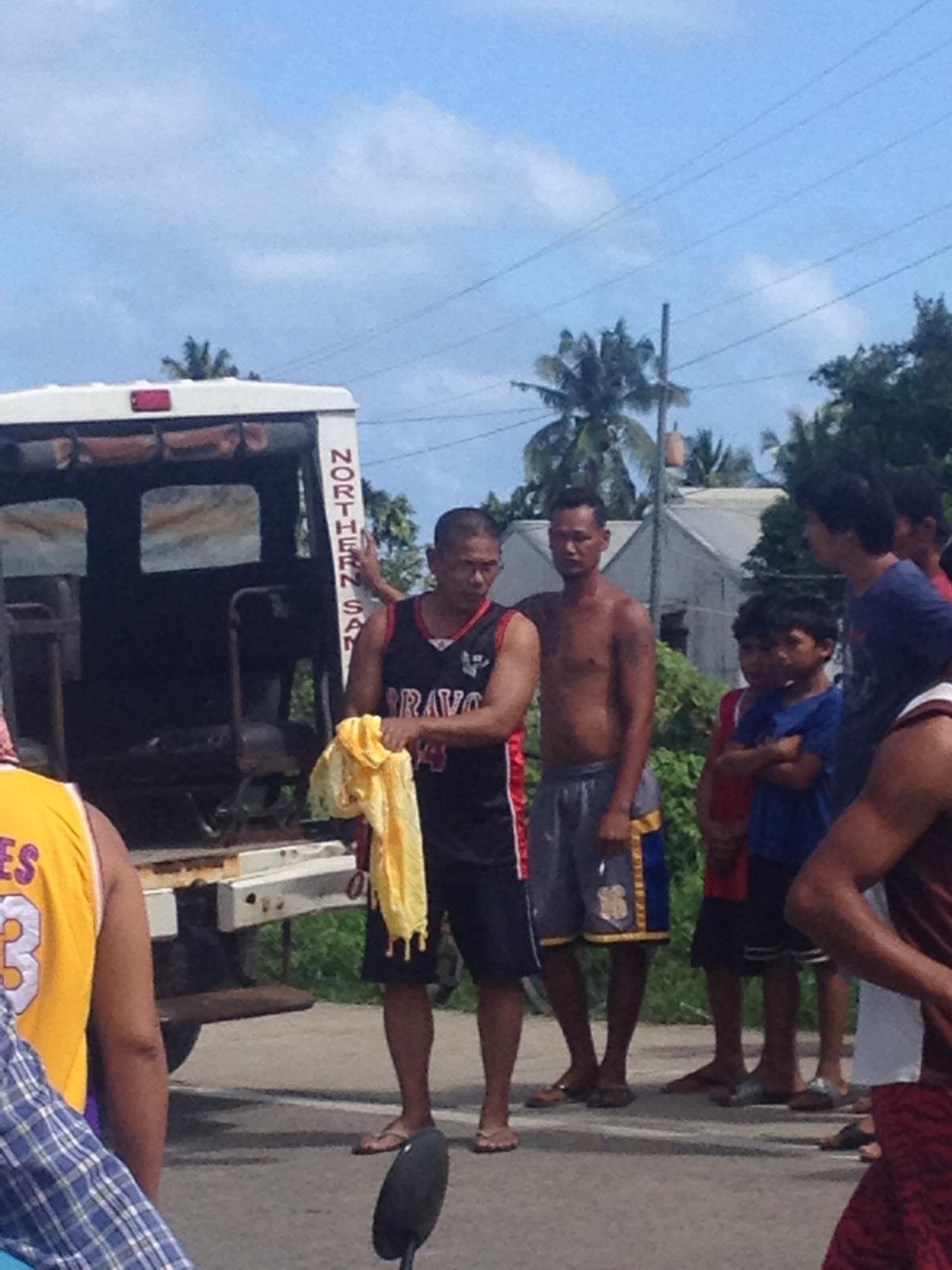 ''I was holding him and my mother was riding at the front. It happened so fast and I couldn't hold him. He was pulled down.''

Witnesses said neither woman had a chance to react before the child's head was severed.

Inspector Manuel Castillo said that the mother and the grandmother are still in a state of shock.

The two could be charged with violating Republic Act 10666 or An Act Providing For the Safety of Children Aboard Motorcycles and for reckless imprudence resulting in homicide.

It was the second time Nueva had lost a child to an accident in two years.

In 2016 her eight-year-old daughter drowned in a river in their home village of Sumoroy near Palapag town.

Facebook and Google are 'failing to take down scam adverts'

Chinese doctor, 38, dies after being stabbed by former patient