A cheeky toddler tricked his school teachers and his father by pretending to be sick to get the day off from nursery – and confessed to his prank on camera.

Andre Antony Mason, 27, from south London, was called to collect his son Junior from nursery on September 3 after the two-year-old told his teacher he was unwell.

But when Junior started asking for sweets as soon as he left nursery, the musician started to suspect that there was nothing wrong with his son. 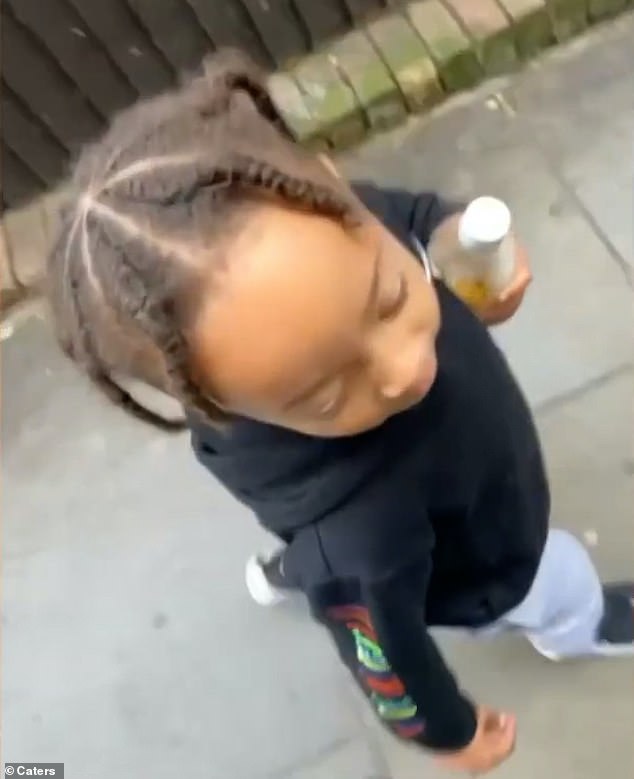 Andre Antony Mason, 27, from south London, was called up to collect his son Junior from nursery on September 3 after the two-year-old told his teacher he was unwell

Mr Mason says: ‘Do you not feel well?’ to which the cheerful toddler replies: ‘I do!’

The concerned father then asks: ‘You do? So why did I have to pick you up?’

And Junior hilariously replies: ‘Because you have to.’

Mr Mason jokingly calls his prankster son a ‘wasteman’, which is often used to describe a person who is acting poorly, for skiving off nursery.

But his father insists: ‘You’re not a good boy, you’re a wasteman.’

The adorable toddler then rushes towards his father and lightly kicks him in the shins, prompting Mr Mason to shout: ‘Oi! Don’t kick me!’

Mr Mason insisted that his comedic son has never skipped school before, but he does cheeky things all the time at home.

He said: ‘When they called, the school told me that Junior had not been himself and that I needed to come pick him up. 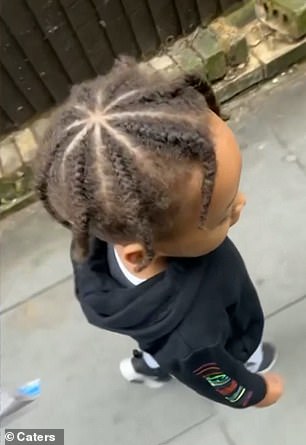 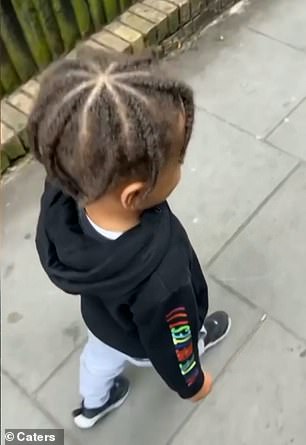 Hilarious video footage shows Junior telling his father that there is, in fact, nothing wrong with him, with Mr Mason saying the prankster had asked for sweets right after leaving nursery

‘I had my doubts because I know how cheeky he can be but he’d never done it before.

‘As soon as I got him, we left school and he started asking for sweets, so I knew he wasn’t sick he was just being a naughty boy!’

Sharing the footage to Instagram, Mr Mason quipped: ‘Where has he learned this behaviour?’

The sweet video left people in hysterics, with many viewers praising the young boy for his ingenious plan.

One person said: ‘Why do they do this? All crying in the nursery office asking for the park on the way home.’

Another wrote: ‘He earned that day off, he smart.’

A third commented: ‘This made my morning. The cutest.’

And a fourth penned: ‘You have a genius on your hands, hope you know.’

A fifth said: ‘It’s the way he said “imma good boy” then kicked you right after. Good luck with secondary school.’

'Confusing' flexible rail tickets 'do NOT save commuters enough'