‘Please back the deal so we can move on with our lives’: Tory MP begs Labour’s John McDonnell to let May’s Brexit plan pass during third day of marathon House of Commons debate

A Tory MP today begged Labour to back the PM’s Brexit deal – so ‘we can all move on with our lives’.

David Morris, a ministerial aide, made the extraordinary plea during the third day of the marathon Commons debate on the package thrashed out with Brussels.

Theresa May looks to be on course for a crushing defeat in crunch votes on Tuesday, with more than 100 Conservatives lining up to oppose the deal alongside Labour, the SNP and the Lib Dems.

Mrs May has urged critics to recognise that killing off her plan will result in chaos that could either mean the UK crashing out, or Brexit being cancelled altogether. 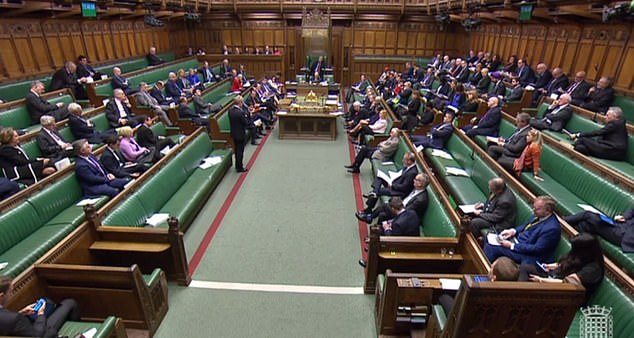 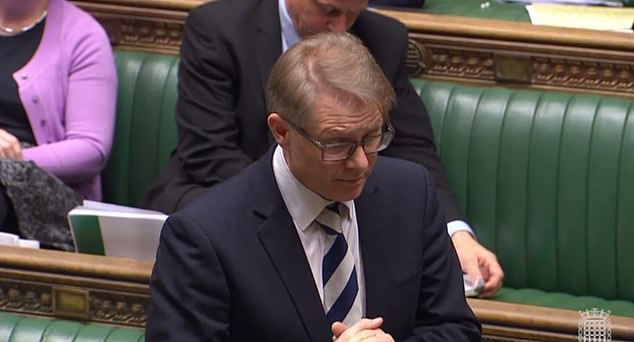 David Morris, a ministerial aide, made the extraordinary plea during the third day of the marathon Commons debate on the package thrashed out with Brussels

But Mr Morris tried a novel tactic as he intervened in shadow chancellor John McDonnell’s speech in the House this afternoon.

Saying he thought Mr McDonnell’s words had been ‘measured’, Mr Morris said: ‘Would you consider please voting for this deal so we can all move on with our lives?’

The Morecambe and Lunesdale MP’s approach did not seem to work.

Mr McDonnell said he recognised the ‘intent’ of the question, but ploughed on with his critique.

Labour has condemned the proposals as they do not pass the party’s ‘six tests’ – which were always regarded as designed to be failed.

Instead it has called for a permanent customs union – rather than the ‘temporary’ customs union included in the Irish border ‘backstop’ in the PM’s deal.

Shadow Brexit secretary Sir Keir Starmer party said at the weekend that Labour will call a confidence vote and try to force an election if Mrs May’s package falls.

Amid deep splits over whether the party should back a second referendum, he insisted the option was still on the table. 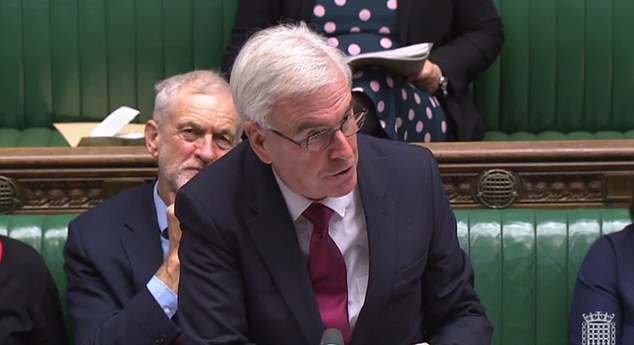 Did the White House edit out a cough in his video from Walter Reed?

Police ramp up security in Glasgow ahead of Cop26 climate summit