Transgender woman, 68, sues Sainsbury’s for £2,000 in damages claiming store worker pointed at her and said ‘look at the state of that’

A transgender woman is suing Sainsbury’s for £2,000 after claiming a store worker pointed at her and said ‘look at the state of that’.

Katie Yeomans said she was left ‘angry and humiliated’ after hearing the remark made to a delivery driver as she walked her dog past one of the supermarket giant’s stores in Portsmouth.

The 68-year-old, who said she ‘knew’ the ‘derogatory comment’ was made about her, reported the ‘hate incident’ to police but due to a ‘lack of evidence’, no further action was taken by Hampshire Constabulary.

Miss Yeomans says she’s experienced six similar incidents over the past four years and on each occasion threatened legal action with the organisations settling with her before any cases came to court. In 2019, she demanded an apology and £2,500 in compensation from Southern Rail after claiming she was called ‘sir’ by rail staff. 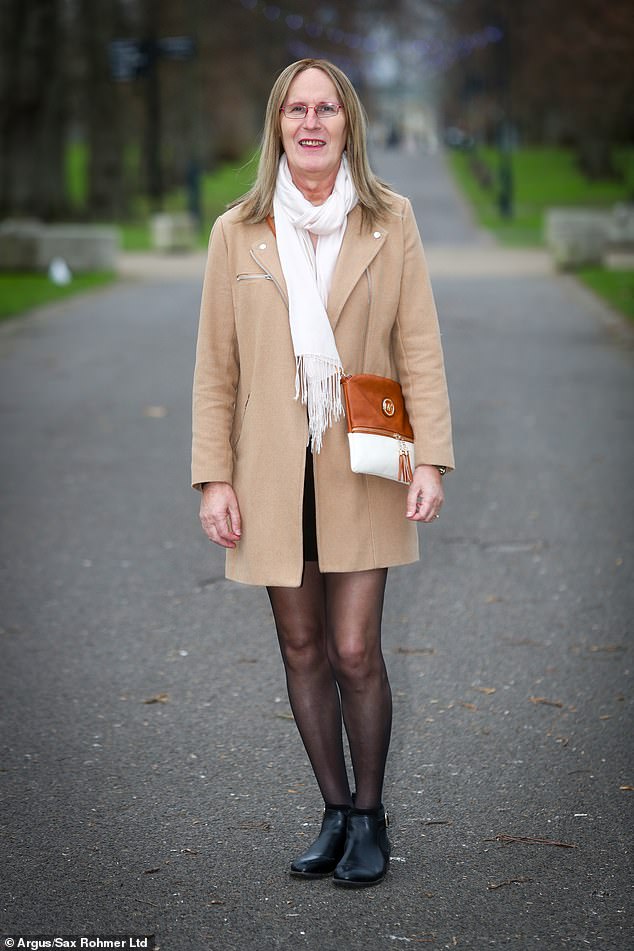 Katie Yeomans, 68, a transgender woman from Portsmouth, is suing Sainsbury’s for claiming a store worker pointed at her and said ‘look at the state of that’ 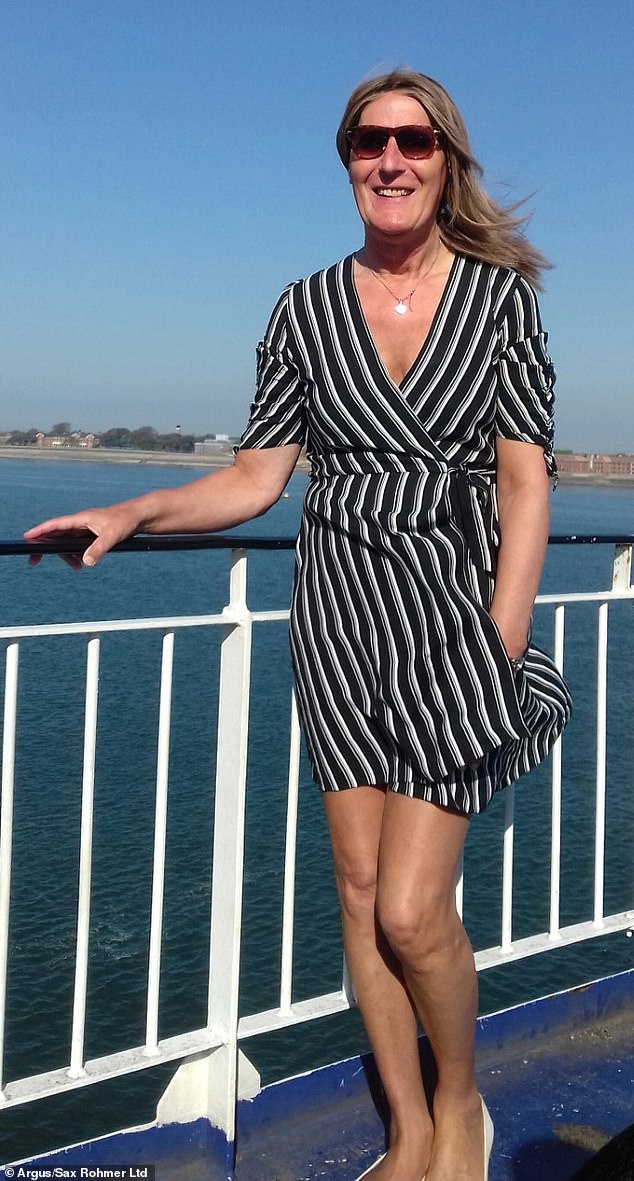 Miss Yeomans, who started her transition in 2014, says she’s experienced six similar incidents over the past four years and on each occasion threatened legal action with the organisations settling with her before any cases came to court

Hampshire Police confirmed it had received a report about the incident, which it said happened on July 3 and said ‘words of advice have been provided’.

After contacting the police, Miss Yeomans then wrote a letter about the ‘totally unacceptable behaviour’ of the worker to Simon Roberts, the chief executive of Sainsbury’s.

But after being left dissatisfied by the response she received, Miss Yeomans is now taking the shop to court for £2,000 in damages for harassment as she believes companies ‘say they are for equality, but are not in practice’.

Miss Yeomans, of Portsmouth, Hampshire, said: ‘There was a delivery taking place and the store worker shouted to the delivery driver and said “Oi, look at the state of that”, whilst pointing at me.

‘The incident made me feel very angry and humiliated, and even worse was the response that I had from Sainsbury’s which contained no empathy and basically a complete denial that the incident took place.’

Miss Yeomans said the response to her first letter of complaint contained nothing constructive and it was only when she reported the incident to police that someone from Sainsbury’s got in touch with her saying they would set up a meeting with a regional manager so she could discuss the incident with them.

Although Miss Yeomans – who is retired and used to work at a Crown Court – called the store, in Palmerston Road, Portsmouth, about the meeting it never took place.

Miss Yeomans, who started her transition in 2014, said: ‘Initially it would have been nice to have an apology and meet with them to discuss equality and training issues.

‘But the way I’ve been treated, their response was very abrupt and there was no equality.

‘There has been no empathy which I think is quite disgusting for a national company.’

When asked about the case, a Sainsbury’s spokesperson today said: ‘We are committed to treating all our customers with respect.

‘We take allegations of this nature extremely seriously and launched an immediate investigation at the time of the alleged incident.’

Miss Yeomans said she decided to sue the store because she felt it was not listening to her complaints.

She said: ‘I am not suing them for the money. It it the final stage – I wrote to them initially then I sent a letter before action. They are not listening – they do not really care and yet when pride comes round they are wearing the flags.

‘It’s a matter of principle.’ 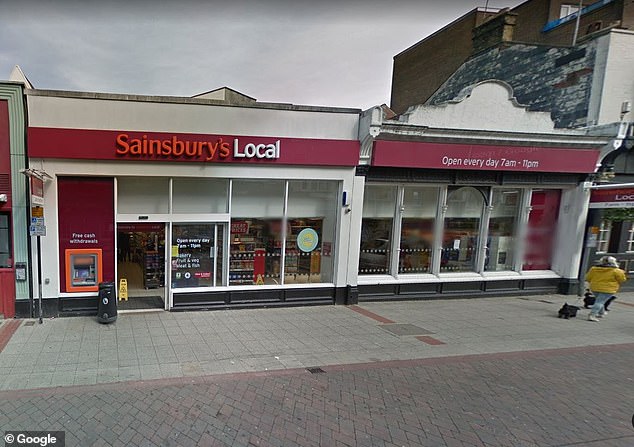 Miss Yeomans said the incident happened outside the Sainsbury’s Local store in Palmerston Road, Portsmouth. She said she contacted the store and was told a meeting would be set up with a regional manager but claims it never took place. A spokesman for the supermarket giant said: ‘We take allegations of this nature extremely seriously and launched an immediate investigation at the time of the alleged incident’

A spokesman for Hampshire Police told the MailOnline: ‘We received a report on Sunday 4 July of a hate incident that took place on Saturday 3 July at 8.25am outside Sainsbury’s on Palmerston Road.

‘A woman reported to us that she was walking past the store when she heard derogatory comments made about her. An investigation into the incident was launched and officers followed a number of lines of enquiry in order to establish the circumstances.

‘We have spoken to those involved and words of advice have been provided.

‘We do not tolerate hate crime of any kind and continue to work with our partners and local community groups. We would encourage everyone to report hate incidents to us by calling 101, or 999 in an emergency. You can also report a hate crime via our website or third party reporting centres.’

Referring to the other occasions when Miss Yeomans has threatened other companies with legal action, she said: ‘I’ve been in this situation many times before with other companies unfortunately, and I find companies say they’re for equality, but they’re not in practice. 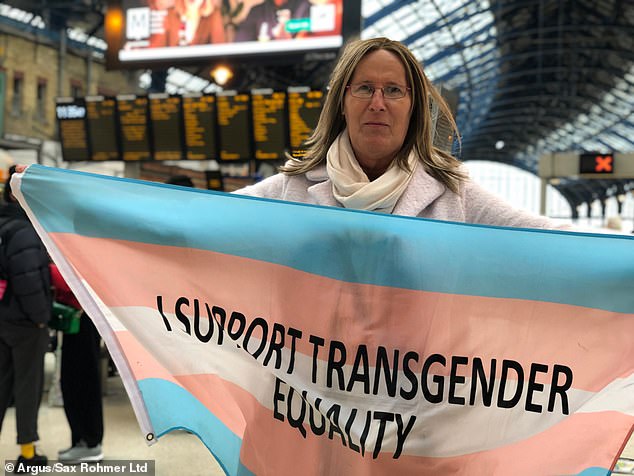 Miss Yeomans demanded an apology and £2,500 in compensation from Southern Rail in 2019 after claiming she was twice called ‘sir’ by staff. The rail provider, at the time, said it looked into the incident ‘thoroughly’ and disputes the claims

In a letter outlining her claim, Miss Yeomans said she had suffered sleepless nights and anxiety as a result of the incident.

It said: ‘Although the incident has been denied by [Sainsbury’s], it has caused me a great deal of anxiety and sleepless nights resulting a visit to my GP and being prescribed anti depressants.

‘This is not the first time I have suffered discrimination or harassment and I am not prepared to tolerate being treated differently because of my gender.’

The Killers launch investigation into allegations of sexual abuse