Moscow: Ukraine has begun calling up reservists and deploying troops to the border to counter what it says is the growing threat of a Russian invasion.

President Petro Poroshenko, who last week declared martial law in 10 regions, announced the deployment on Monday, local time, to a "sharp increase in Russian forces along our borders and in occupied Crimea". 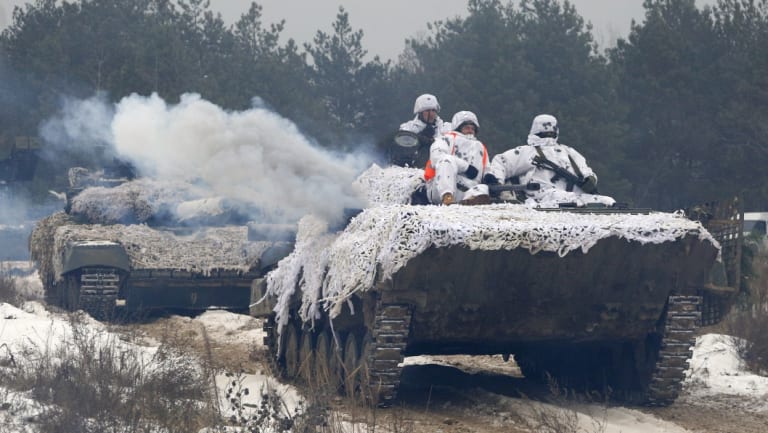 The day before, Poroshenko claimed that Russia was trying to capture the major port city of Mariupol and create a land corridor to Crimea.

But at the Kremlin, President Vladimir Putin's spokesman called the Ukraine's leader's statement "absolutely absurd" and again accused him of provoking tensions before the presidential election there in March.

The escalation stems from when Russian forces fired upon and seized three Ukrainian navy ships attempting to enter the Sea of Azov through the Kerch Strait on November 25. Two dozen captive Ukrainian sailors face up to six years in prison on charges of violating Russia's borders. 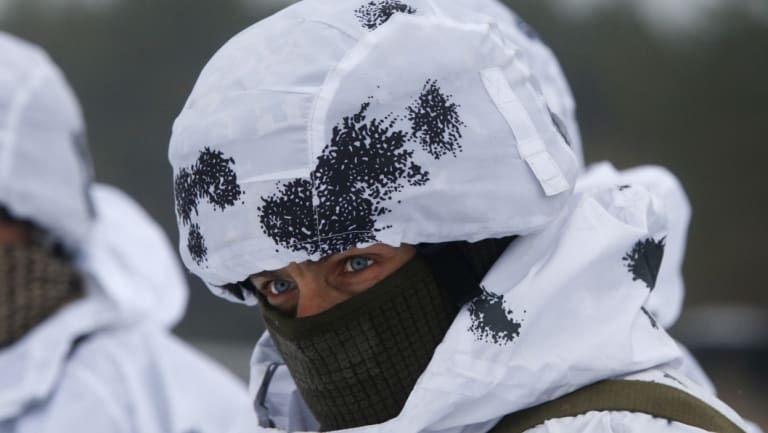 Ukrainian soldiers stand at a position during military drills on Monday.Credit:AP

Putin opened a bridge over the strait between Crimea and mainland Russia in May.

Moscow has been backing separatists in a conflict in eastern Ukraine that has seen more than 10,000 deaths since 2014. The Ukrainian military said it planned to stage military exercises in two regions near Crimea, which Moscow annexed after protests forced out a Russia-friendly government in Kiev in 2014.

NATO foreign ministers will meet for a two-day session beginning on Tuesday, Brussels time, to discuss among other issues, tensions the between Russia and Ukraine and Moscow's missile development.