WASHINGTON (Reuters) – U.S. President Donald Trump said on Friday he would be disappointed if North Korea were to resume weapons testing and reiterated his belief in his good relationship with its leader, Kim Jong Un, despite the collapse of a summit with him last week.

“I would be surprised in a negative way if he did anything that was not per our understanding. But we’ll see what happens,” Trump told reporters at the White House. “I would be very disappointed if I saw testing.”

Trump’s comments to reporters on the White House lawn before leaving to visit Alabama came after two U.S. think tanks and Seoul’s spy agency said this week that North Korea was rebuilding a rocket launch site at Sohae in the west of the country.

There have also been reports emanating from South Korea’s intelligence service of new activity at a factory that produced North Korea’s first intercontinental ballistic missiles capable of reaching the United States.

Trump said he thought his and the U.S. relationship with Kim and North Korea was “a very good one.”

“I think it remains good,” he said.

Trump, eager for a big foreign policy win on North Korea which has eluded his predecessors for decades, has repeatedly stressed his good relationship with Kim.

He went as far late last year as saying that they “fell in love,” but the bonhomie has failed to bridge the wide gap between the two sides and a second between them collapsed last week over differences on U.S. demands for Kim to give up his nuclear weapons and North Korea’s demands for sanctions relief.

North Korea has, however, frozen nuclear and missile testing since 2017, and Trump has pointed to this as a positive outcome from nearly a year of high-level engagement with North Korea.

Sohae has been used in the past to rest missile engines and to launch rockets that U.S. officials say have helped development of North Korea’s weapons programs. Kim pledged at a first summit with Trump in Singapore in June that the site would be dismantled. 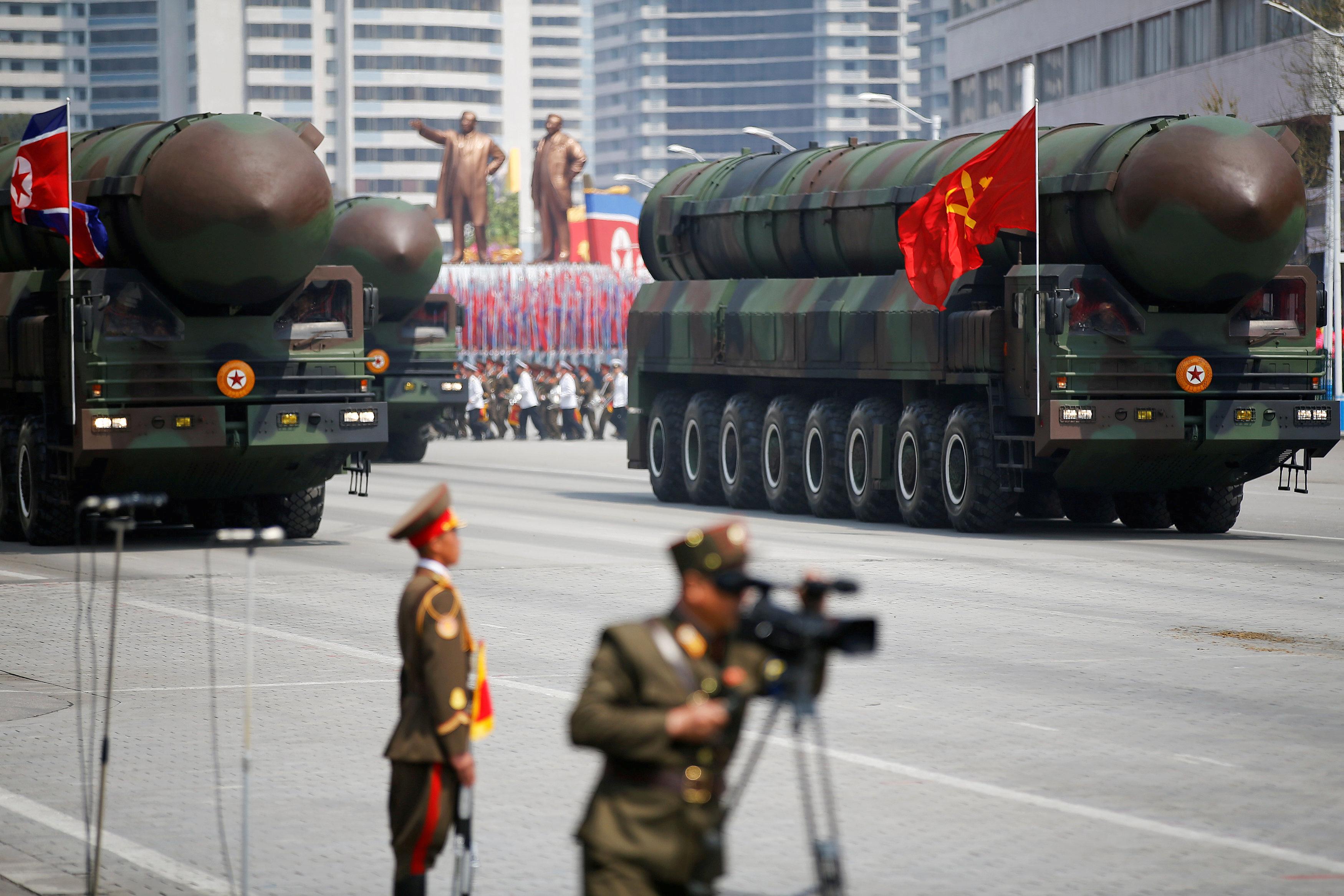 U.S. National Security Adviser John Bolton and other U.S. officials have sought to play down the activity spotted at Sohae, although Trump on Thursday called recent North Korean activity “disappointing.”

A senior State Department official who briefed reporters in Washington on Thursday said he would “not necessarily share the conclusion” of the think tanks that the Sohae site was operational again, but said any use of the site would be seen as “backsliding” on commitments to Trump.

North Korean state media acknowledged the fruitless Hanoi summit for the first time on Friday, saying people were blaming the United States for the lack of an agreement.

“The public at home and abroad that had hoped for success and good results from the second … summit in Hanoi are feeling regretful, blaming the U.S. for the summit that ended without an agreement,” its Rodong Sinmun newspaper said in a commentary.

The paper directed fiery rhetoric against Japan, accusing it of being “desperate to interrupt” relations between Pyongyang and Washington and “applauding” the breakdown of the summit.

Washington has said it is open to more talks with North Korea but it has rejected an incremental approach to negotiations sought by Pyongyang and it remains unclear when the two sides might meet again.

U.S. Secretary of State Mike Pompeo said on Monday he was hopeful he would send a delegation to North Korea for more talks in the next couple of weeks, but that he had received “no commitment yet.”

The senior State Department official who gave a briefing on Thursday said the United States was keen to resume talks as soon as possible, but North Korea’s negotiators needed to be given more latitude than they were given ahead of the summit.

“There will necessarily need to be a period of reflection here. Both sides are going to have to digest the outcome to the summit,” said the official, who spoke on condition of anonymity.

“Fundamentally, where we really need to see the progress, and we need to see it soon, is on meaningful and verifiable steps on denuclearization. That’s our goal and that’s how we see these negotiations picking up momentum.”

The official said complete denuclearization was the condition for North Korea’s integration into the global economy, a transformed relationship with the United States and a permanent peace regime on the Korean peninsula.

Bolton, a hard-liner who has argued for a tough approach to North Korea, said this week that Trump was open to more talks, but also warned of tougher sanctions if North Korea did not denuclearize.

Encourage vaccination and boost the economy