‘I’ll knock you the f**k out’: Moment Tube passengers jump to woman’s defence after vile thug tries to attack her during on busy Underground train

This is the shocking moment passengers jumped in to defend a woman being targeted by a vile thug who was threatening to attack her.

In the video which was shared online, the man can be seen hurling abuse at the woman and making threats.

He can be heard shouting: ‘Oh you think you’re going to hide behind the fact you are a woman. 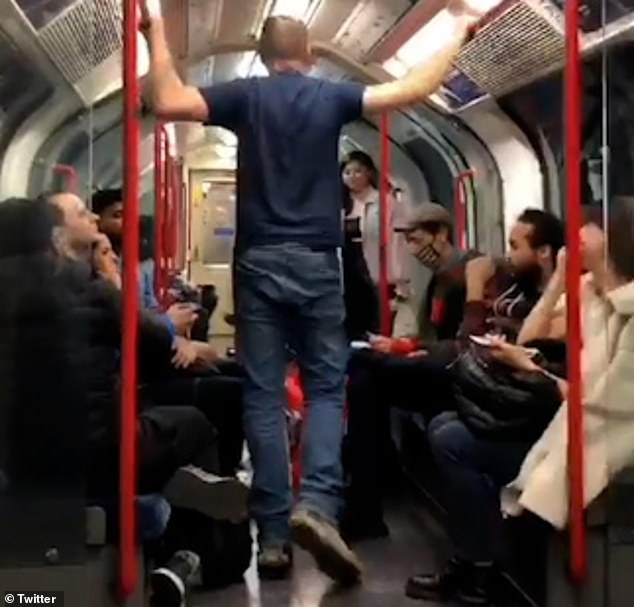 This is the moment a man hurls vile abuse and threats at a young woman onboard a central line tube service in London, threatening to knock her out in front of shocked passengers

The woman, who is smiling, can be heard engaging with the man but it is unclear what she is saying.

At this point, the man then charges towards the young woman and squares up to her, backing her against the door of the carriage and a Perspex partition. 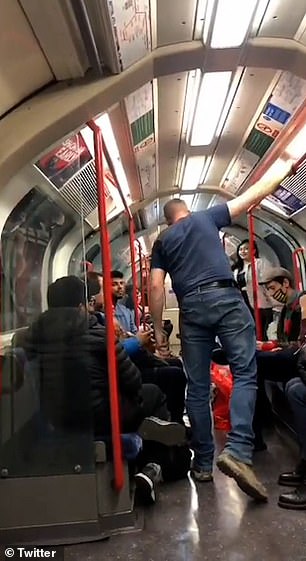 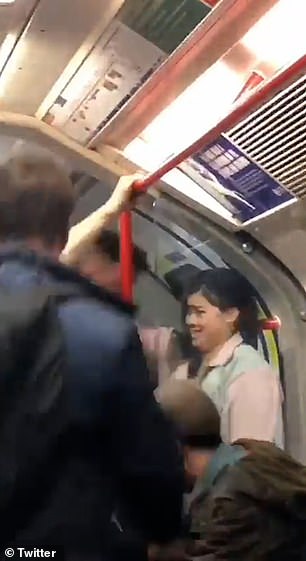 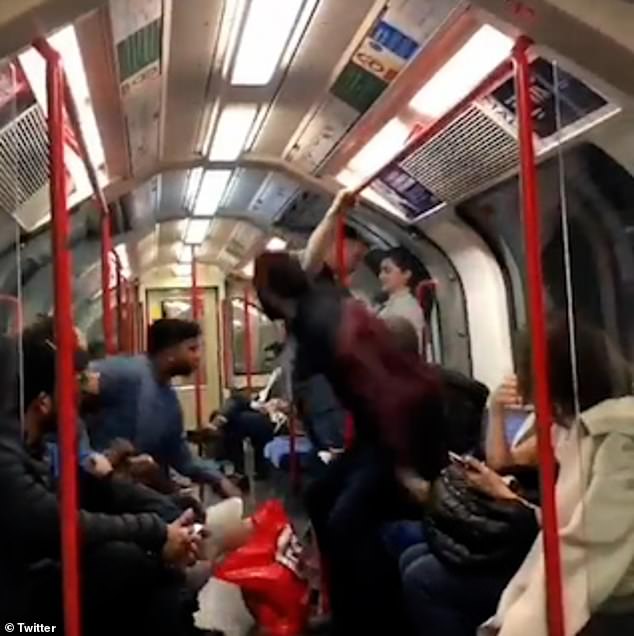 It is as he storms towards her that a large number of other passengers jump up to help the woman, getting between her and the man and a scuffle appears to erupt in the carriage.

The video shows the man get knocked to the floor and the emergency alarm sounds before the footage abruptly ends.

The incident, which happened onboard an eastbound Central Line service on Friday night, is now being investigated by police.

A British Transport Police spokesperson said: ‘We are aware of this video that is being circulated on social media and our officers are looking into it further. 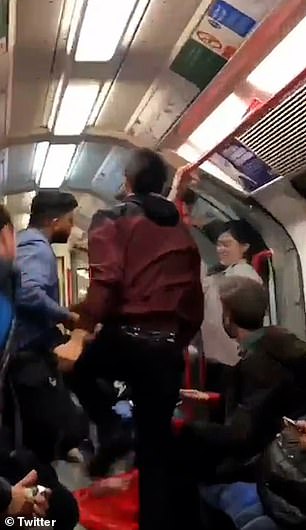 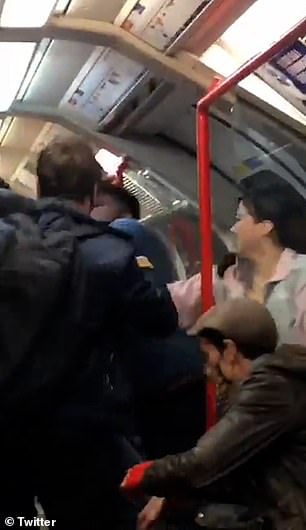 ‘Violence, abuse, intimidation, and harassment against women and girls in any form will not be tolerated.’

Family of college wrestler, 20, who died of heatstroke after desperately begging his coaches for water sues the school