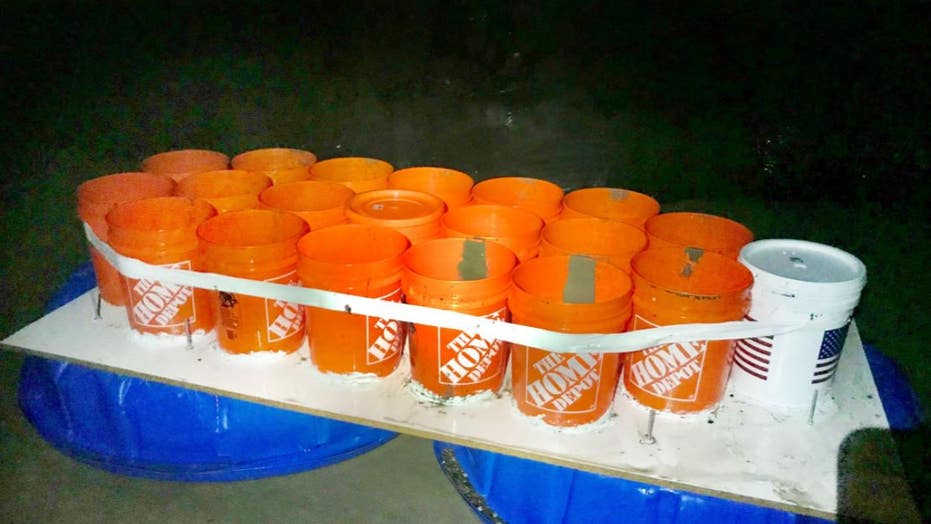 Two male college students were rescued off the California coast early Saturday after they were unable to return to shore in their makeshift boat, which was fashioned with buckets, duct tape and two kiddie pools. 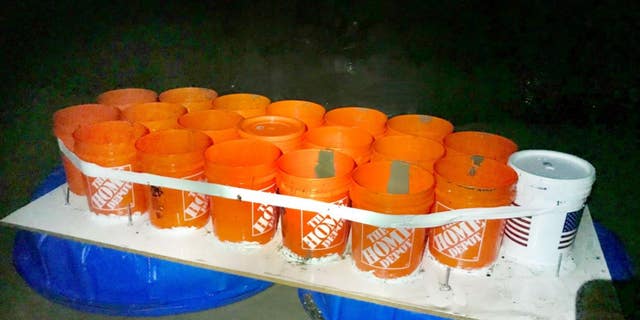 The county fire department was alerted around 2 a.m. about boaters in the water having issues getting to shore. Rescue crews from Isla Vista were dispatched and paddled to the boat. Other crews used jet skis launched from the University of California, Santa Barbara’s Campus Point beach to reach them, Eliason said.

He was not sure if the pair were students, who are in their 20s, at the university. Because of the tide, the watercraft was unable to make it back to shore as it kept getting pushed back out to sea, he said.

Both students were found unharmed and alcohol was not a factor, he said.

“If it was a noon on a Saturday, no one would have cared,” Eliason said, adding that the late rescue could have put rescue crews at an unnecessary risk. “It’s was really a scratch-your-head moment.”

The pair was not cited.