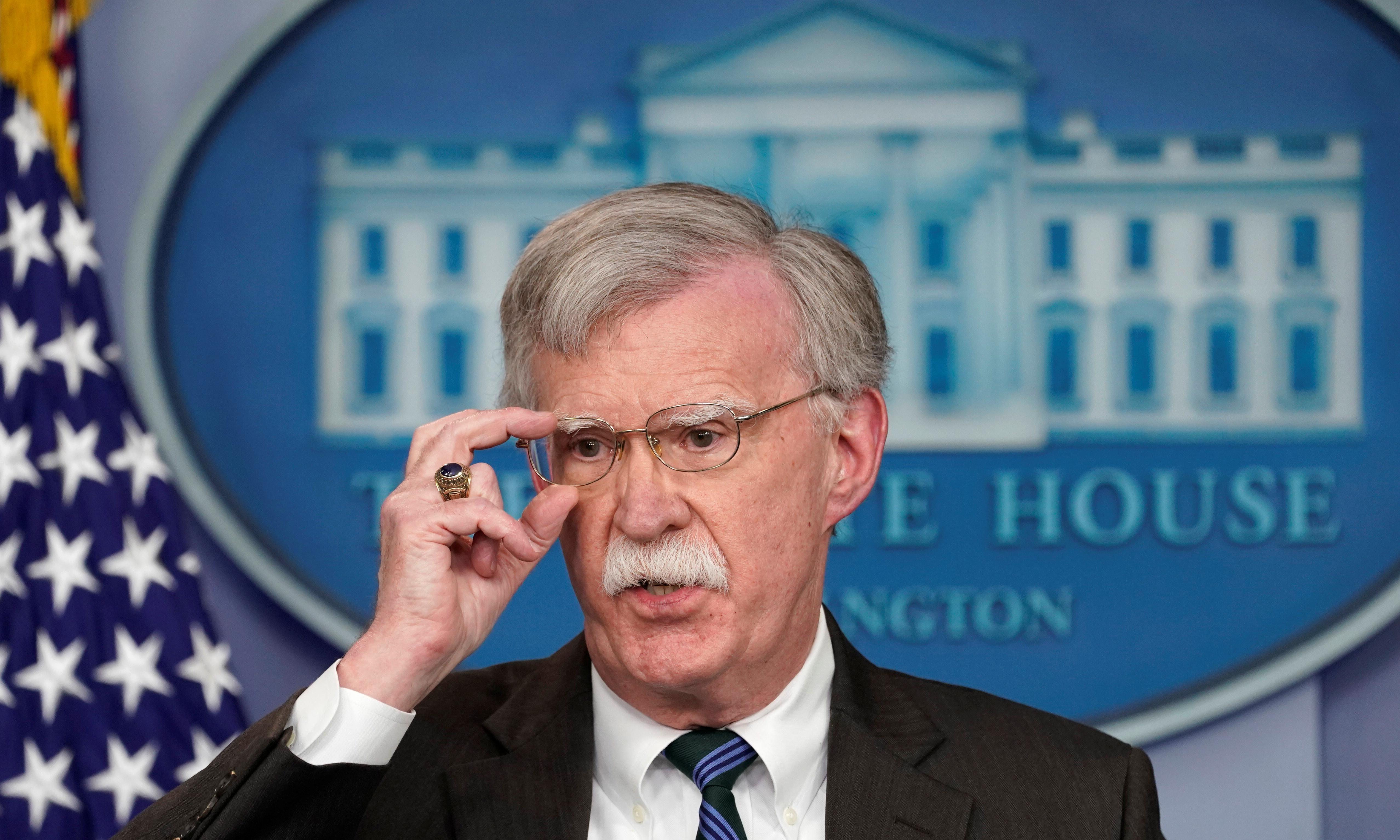 Washington’s No 1. priority will be developing economic ties with the region to create opportunities for American businesses and protecting the independence of African countries along with U.S. national security interests, he said in a speech at the Heritage Foundation.

“They are deliberately and aggressively targeting their investments in the region to gain a competitive advantage over the United States.”

“China uses bribes, opaque agreements, and the strategic use of debt to hold states in Africa captive to Beijing’s wishes and demands. Its investment ventures are riddled with corruption,” Bolton said.

Speaking in Beijing, Chinese Foreign Ministry spokesman Lu Kang said China’s cooperation with Africa was about helping the continent develop and had been widely praised there.

“When we talk about cooperation with Africa, what we mostly talk about is what does Africa need, like agricultural modernization,” Lu told a daily news briefing.

“But the U.S. person, apart from talking about the United States’ own needs, wasn’t thinking about Africa, but about China and Russia. This is very interesting.”

China will continue its friendly, mutually beneficial cooperation with Africa, no matter what anyone else says, he added.

“Across the continent, Russia advances its political and economic relationships with little regard for the rule of law or accountable and transparent governance,” he said.

He accused Moscow of selling arms and energy in exchange for votes at the United Nations “that keep strongmen in power, undermine peace and security, and run counter to the best interests of the African people.”

He said the United States was developing the “Prosper Africa” initiative to support U.S. investment in Africa and a growing middle class in the region. He gave no details.

Landry Signe, a fellow at the Brookings Institution’s Africa Growth Initiative in Washington, welcomed the administration’s focus on trade and investment as opposed to security, but wanted details on planned U.S. action.

“DIDN’T GET MANY DETAILS”

Judd Devermont, director of the Africa Program at the Center for Strategic and International Studies in Washington, said release of an Africa strategy was welcome after two years of “conflicting narratives” by the administration.

Devermont said he was disappointed that China dominated Bolton’s presentation, which lacked details on U.S. plans.

“China loomed over everything, and loomed over really important issues on trade and investment, and transparency,” said Devermont. “We didn’t get many details on what the ‘Prosper Africa’ approach looks like and how it would be resourced. Those should have been the headlines of the strategy.”

“We need a greater articulation on what are the sectors that the U.S. government wants to prioritize in Africa for U.S. investment,” Devermont said, “They should be transparent with the Africans to explain why certain countries are getting the bulk of the investment.”

China’s policies in Africa have concerned Washington as the United States seeks to ramp up development finance in the face of China’s global ambitions.

In July, the head of the U.S. Overseas Private Investment Corp (OPIC) said China was saddling poor nations with unsustainable debt through large infrastructure projects that are not economically viable.

Bolton said the American approach contrasted with China’s “bait and switch” policies. “The way we do business is much more straightforward.”

Xi’s “Belt and Road” initiative, unveiled in 2013, aims to build an infrastructure network connecting China by land and sea to Southeast Asia, Central Asia, the Middle East, Europe and Africa.

Bolton said the lack of economic progress in Africa has created a climate conducive to violent conflict and the proliferation of terrorism.

He said the United States has little to show for the billions of dollars it has poured into Africa. He said the administration will work to ensure U.S. aid is used more efficiently and effectively, with investments in health, education, government and fiscal transparency measures and rule of law.

“We will make certain that ALL aid to the region – whether for security, humanitarian, or development needs – advances U.S. interests,” he said, adding that Washington will also re-evaluate its support for U.N. peacekeeping missions.