ABU DHABI (Reuters) – The United States wants to continue support to the Saudi-led coalition in Yemen’s war and will remain engaged in efforts to combat Iranian influence and Islamist militancy in the Arab state, a State Department official said on Sunday. 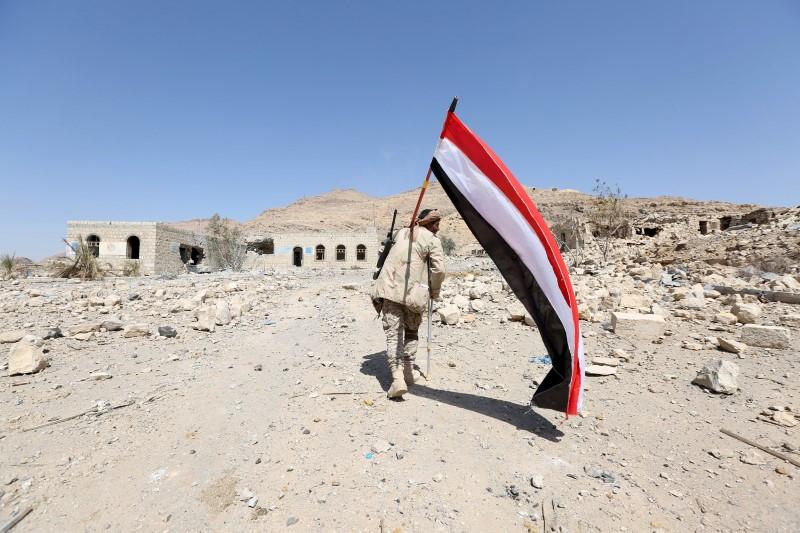 Since the Oct 2. murder of Washington Post columnist Jamal Khashoggi at the kingdom’s Istanbul consulate, the U.S. administration has come under pressure at home over the nearly four-year-old conflict.

The Senate last month voted to advance a resolution to end U.S. military support, which includes arms sales and intelligence sharing, for the Western-backed Sunni Muslim coalition that intervened in 2015 against the Iranian-aligned Houthis to restore the internationally recognized government.

“There are pressures in our system … to either withdraw from the conflict or discontinue our support of the coalition, which we are strongly opposed to on the administration side,” said Timothy Lenderking, Deputy Assistant Secretary for Arabian Gulf Affairs.

“We do believe that the support for the coalition is necessary. It sends a wrong message if we discontinue our support,” he told a security forum in the United Arab Emirates.

The United States last month halted U.S. refueling of aircraft from the coalition, which has been blamed for air strikes that have killed thousands of civilians in Yemen.

The U.S. official’s reassurances of continued support comes as Sweden hosts the first U.N.-led peace talks in two years between the warring parties and as Gulf Arab leaders hold an annual summit in Riyadh on Sunday, expected to discuss the war.

Lenderking said peace talks launched last week were a “vital first step” in ending the conflict that has killed tens of thousands of people and left millions facing starvation.

He said there were no illusions the process would be easy, but that there were signs of constructive talks and that Washington wants concrete results from the meetings focused on confidence-building measures and a transitional governing body.

“Looking down the road we seek a stable and unified Yemen that fosters rather than drains regional and global stability.”

“There is no place in a future Yemen for an Iranian-backed threat to Saudi Arabia, the UAE and vital international economic quarters,” he said, adding that the coalition was also combating al Qaeda and Islamic State militants in Yemen.

The Arabian Peninsula country lies beside the southern mouth of the Red Sea, one of the most important trade routes in the world for oil tankers.

The conflict, seen largely in the region as a proxy war between Riyadh and Tehran, pits the Houthi movement against other Yemeni forces loyal to the government of Abd-Rabbu Mansour Hadi backed by the coalition led by Saudi Arabia and the UAE.

The Houthis, who have fired missiles on Saudi cities, control the capital Sanaa, after ousting Hadi’s government from there in 2014, and the most populous areas of the country. Hadi’s government has a base in the southern port of Aden.

Lenderking said that experts forecast there could be 1 million former combatants that need to be disarmed once a peace deal is reached, requiring security sector reform as well as restoring crippled infrastructure and shoring up the economy.

“Early recovery efforts are underway but full scale reconstruction can only occur in a peaceful environment. For that reason we want to close the space for malign Iranian influence.”

Meghan Markle and Prince Harry's rift with Royals 'too big' for Eugenie to solve despite peacemaker hopes, expert says

George Floyd had little chance of surviving due to delayed CPR: doctor