A candidate for Clive Palmer’s United Australia Party will remain on remand until at least three days before the federal election as he faces 13 charges, including using a carriage service to harass.

Ingram Spencer, the UAP candidate in the Liberal-held seat of Higgins, which covers several suburbs in Melbourne’s inner south-east, has been in custody since April 27. 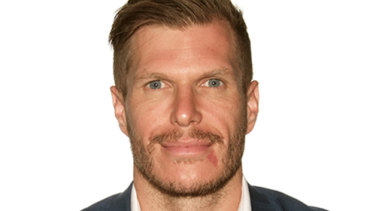 Ingram Spencer, the United Australia Party’s candidate for the seat of Higgins.Credit:UAP

Spencer was due to appear before Melbourne Magistrates’ Court on Thursday, but a prison guard told magistrate David Fanning the 38-year-old had refused to come out of his cell.

“I have personally gone in there and told him he has got court,” the guard said on a video link from Melbourne Assessment Prison.

“He says he doesn’t trust the system, the lawyers or judges and that it’s all corrupt, so he won’t come at all. He doesn’t want to interact at all.”

Spencer refused to leave his cell for a scheduled court hearing last week and will remain in custody until at least next Wednesday, after Fanning scheduled another hearing. The magistrate said he was concerned about Spencer because he had spent more than a fortnight in custody.

A Victoria Legal Aid lawyer told the court the organisation had tried to assist Spencer, but he had refused to take part in a video call.

He also refused to speak with defence counsel Tony Hargreaves, who was contacted by Spencer’s parents in England, the Legal Aid lawyer said.

Spencer faces 13 charges, including using a carriage service to harass.

The federal election will be held on May 21.

Australian Electoral Commission spokesperson Evan Ekin-Smyth said Spencer was still eligible to run for the seat of Higgins despite being in jail.

“There’s no un-printing the ballot papers, the election will proceed as normal,” he said.

“We believe in innocence until proven guilty,” Crook said.

He said the party had been unable to contact Spencer since his arrest.

According to a UAP biography, Spencer was born in the UK, is a father of three and the director of an accounting firm.

His case will return to court on Wednesday.

Ministers in talks with Labour MPs about another Brexit referendum

McDonald’s bows to pressure and closes all its Russian restaurants