BRITS will endure a -5C DEEP FREEZE over the Bank Holiday as arctic air hits the North.

Temperatures will plummet over the Scottish Highlands with snow set to spoil plans for families over the bank holiday weekend. 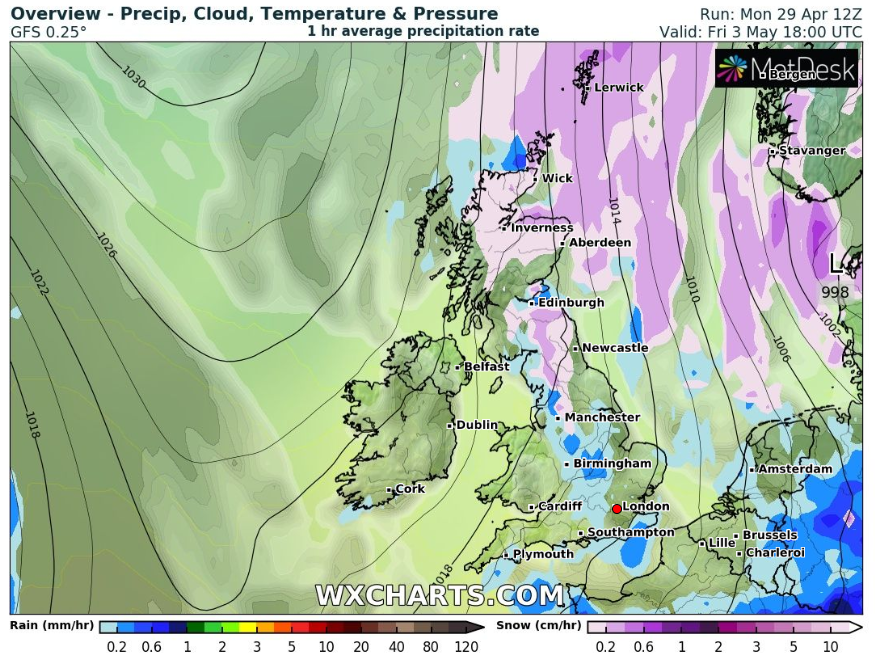 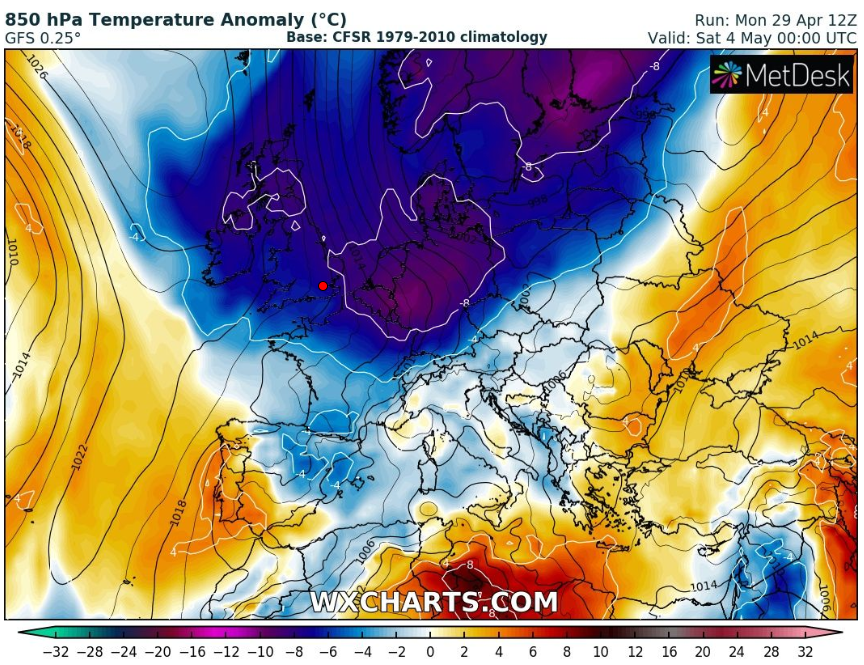 Brian Gaze, director and forecaster for The Weather Outlook, told The Sun Online: “The Bank Holiday weekend will get off to a very cold start with a widespread frost on Saturday morning.

“Even in the south temperatures could fall below 0C and in the Scottish Glens they probably dip to around -5C.”

Sara Thornton, director of digital weather company Weathertrending, told The Sun Online: “Snow is likely to quite low levels across the north and east of Scotland as the weekend begins.

The Bank Holiday weekend will get off to a very cold start with a widespread frost on Saturday morning.

“A wintry mix of rain, hail and sleet may turn up more widely in the heavier showers that swoop across the north and east of the UK on a northerly wind into Saturday morning.”

A dramatic change in the Arctic air will see it push southwards, which will cause the weather to turn wintry.

Saturday and Sunday will see scattered showers but temperatures are expected to pick up a bit.

The Weather Outlook has forecast areas in the north of England may also see some of the white stuff.

But even here, temperatures should hold up in the low-to-mid teens.

Pollen levels are also expected to be high in most parts apart from the west – where the risk is moderate.

SWITCHCRAFT is a free service that finds you the right energy deal – and you could save an average of £219 a year.

A fiver will be paid into your bank account within four months of completing the switch. prepayment meter customer customers will receive a £5 Amazon voucher. Open to those 18 and over. UK residents only. Click here for full T&Cs.

But Brits can expect to enjoy higher than average temperatures in the weeks to come – and it's likely.

He said: "28C would not be a surprise later in May, with warm air expected to arrive from southern Europe, known as a 'Spanish plume'."

Although it's not yet possible to predict exactly how hot it will get in coming months, the long-range weather outlook is currently looking on the warmer side over the coming weeks.

Met Office meteorologist Sarah Kent told The Sun Online: "The forecast is based on probabilities that are averaged over the whole three month period.

"So it’s a little bit like odds on a horse race – it’s not saying other outcomes are not possible, but that on balance over the three months we are slightly more likely to have warmer than average conditions.
"It’s not saying hot days, necessarily; it might be milder nights, for instance." 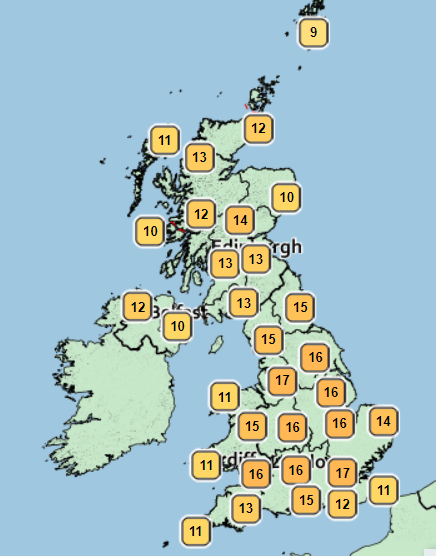 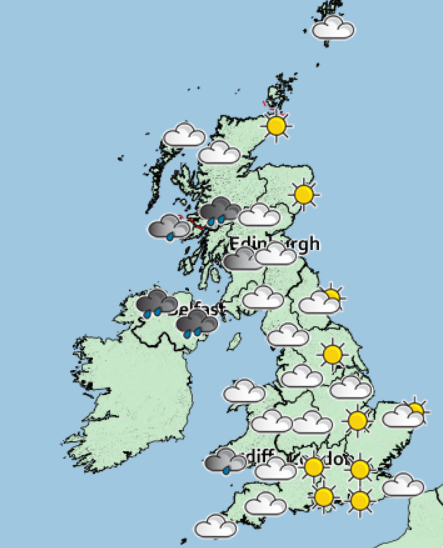