CARACAS (Reuters) – Venezuelan opposition activists scuffled with police on Saturday morning in the run-up to a rally intended to keep up pressure on President Nicolas Maduro, as electricity remained intermittent after the country’s worst blackout in decades. 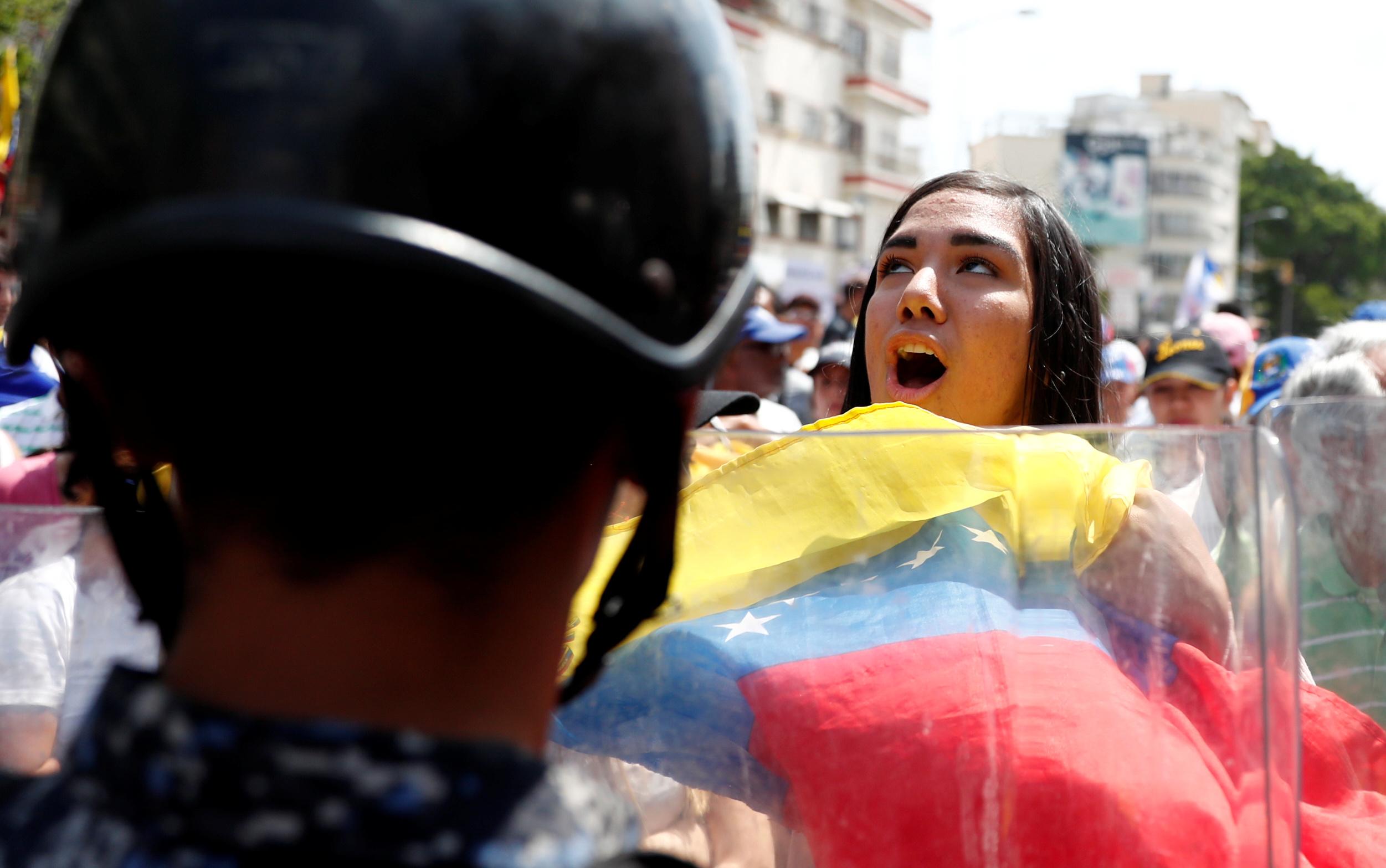 Dozens of demonstrators attempted to walk along an avenue in Caracas but were moved onto the sidewalk by police in riot gear, leading them to shout at the officers and push on their riot shields. One woman was sprayed with pepper spray, according to a local broadcaster.

The OPEC nation was plunged into darkness on Thursday evening in what the governing Socialist Party called an act of U.S.-sponsored sabotage but opposition critics derided as the result of two decades of mismanagement and corruption.

“The police abuse us even though they suffer the calamity that we do,” said Lilia Trocel, 58, a merchant. “I still don’t have power and I lost part of my food,” she said, referring to food that spoiled due to the blackout.

Police overnight had blocked the demonstration’s organizers from setting up a stage at the site of the rally, opposition legislators said via Twitter.

The Socialist Party has called for a competing march on Saturday to protest against what it calls imperialism by the United States, which has levied crippling oil sanctions on Maduro’s government in efforts to cut off its sources of funding.

The power flickered on and off in parts of Caracas on Saturday morning. In much of the country, it has remained out since Thursday.

“We’re tired of going so many hours without power, we want Maduro to leave,” said Maricela Ruiz, 55, holding a sign at a rally in the western city of San Cristobal. “The little food we have is going bad. We don’t have enough money to buy my grandson’s baby formula. We need help.”

Two rights groups focused on health issues said the blackout had contributed to the deaths on Friday of a baby and a teenager, with hospitals unable to provide enough back-up energy generation. Authorities have not commented.

Venezuela, already suffering from hyperinflation and widespread shortages of basic goods, has been mired in a major political crisis since opposition leader Juan Guaido invoked the constitution to assume the interim presidency in January, calling Maduro a usurper following the 2018 election, which Maduro won but was widely considered fraudulent.

“They’re planning to tire us out, but they no longer have a way of containing the people, who have decided to ensure the end of the usurpation,” Guaido tweeted on Saturday.

Maduro says Guaido is a puppet of Washington and dismisses his claim to the presidency as an effort by the administration of U.S. President Donald Trump to control Venezuela’s oil wealth.