The number of students enrolled in Victorian independent schools grew 2.67 per cent last year, compared with a 0.65 per cent rise at Catholic schools. State schools increased enrolments by 1.65 per cent.

The percentage of students enrolled in Victorian non-government schools remained steady at 36 per cent, the second highest proportion in the country, the Australian Bureau of Statistics said. 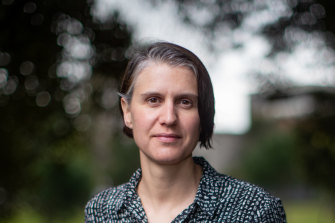 Dr Emma Rowe, senior lecturer in education at Deakin University, said there had been a drift to private schools in Victoria, particularly at the secondary level.

Her analysis of the ABS data found 56.7 per cent of Victorian secondary students attended a government school in 2020, followed by 22.9 per cent attending Catholic schools, and independent schools at 20.4 per cent.

“If you look at just secondary school figures in Victoria for 2020, it is 43 per cent of students enrolled in private schools [Catholic and independent], which is way higher than the OECD average,” she said.

“There are a lot of differences in primary and secondary school when it comes to social mobility.

“Social mobility is a big one that people attach to secondary schools, because they attach it to university, to careers and to networks.”

Dr Rowe said that at the primary level, 68.7 per cent of Victorian students attended government schools last year, while 20 per cent attended Catholic schools and 11.2 per cent independent ones.

Dr Rowe said she was surprised that Victorian Catholic primary attendance had stabilised compared with the rest of the nation.

“I think this is probably linked to parents looking for private schools in general, and them trying to keep their costs low,” she said.

Independent Schools Australia said the system’s strongest growth was in schools that charged below $6000 a year.

Fiona McKenzie is principal and founder of Village High School, an independent school that opened in the small town of Ryanston last year promising an “alternative, forward-thinking” education.

Ms McKenzie said student numbers had jumped by 12 to 36 this year, and she had received three calls this week from people seeking advice on opening an independent school.

“I suspect we will see increasing numbers of independent schools starting up – that’s why it is exciting times,” she said.

“I’m really determined to help people who have the vision, because our kids love going to school.”

The AEU said the federal government should provide capital works funding for booming public schools across the country.

“Public schools already teach two-thirds of all students, yet over the five years from 2016, public school enrolments rose by 5.9 per cent, compared to those of the next largest sector, Catholic schools, where enrolments grew by 1.5 per cent,” it said.

“Despite these figures, the federal government has given Catholic and private schools a $1.9 billion capital works special deal, while providing no equivalent federal funding to public schools to build and maintain essential school infrastructure.”

Inside King Edward VII Hospital where Prince Philip is being treated