AN SUV plowed through Black Lives Matter protesters in New York City's Times Square on Tuesday night, according to videos from the scene.

Videos showed the moment the black vehicle sped through the protesters who were gathered on 42nd Street and Sixth Avenue in Manhattan around 9pm. 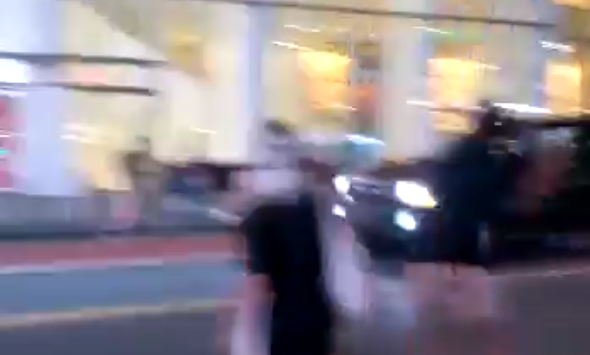 The vehicle drove through the demonstrators — which reportedly included a toddler — and dragged a bicycle for more than a block, NY1 reported.

Protesters chased the driver for several blocks before police arrived at the scene.

Cops confirmed the driver of the SUV was taken into custody.

The bicyclist, identified as Jefferey, who was hit was not seriously injured, police said. 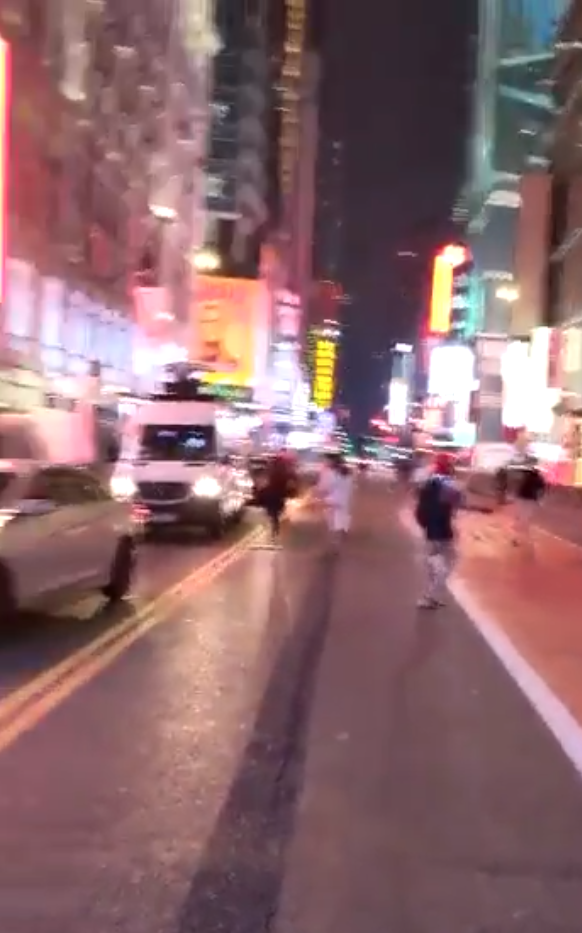 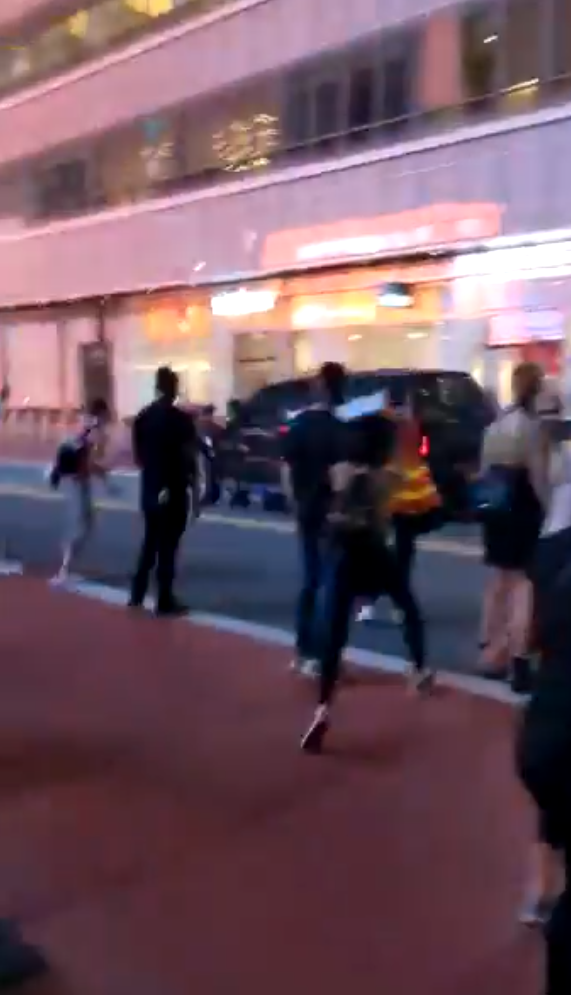 "I punched the glass, because as he was driving, he was on the side of me … I just wanted to protect the crowd. My intention was to at least steer him away from the crowd."

"Luckily no one was injured seriously injured, killed. Luckily."

Earlier in the evening, protesters marched along the West Side Highway, at one point blocking the Lincoln Tunnel.​ 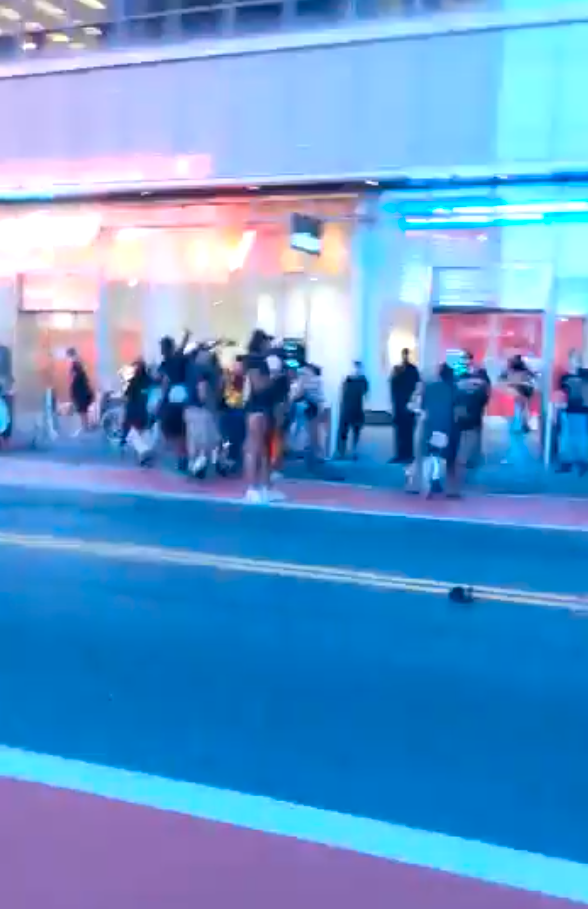 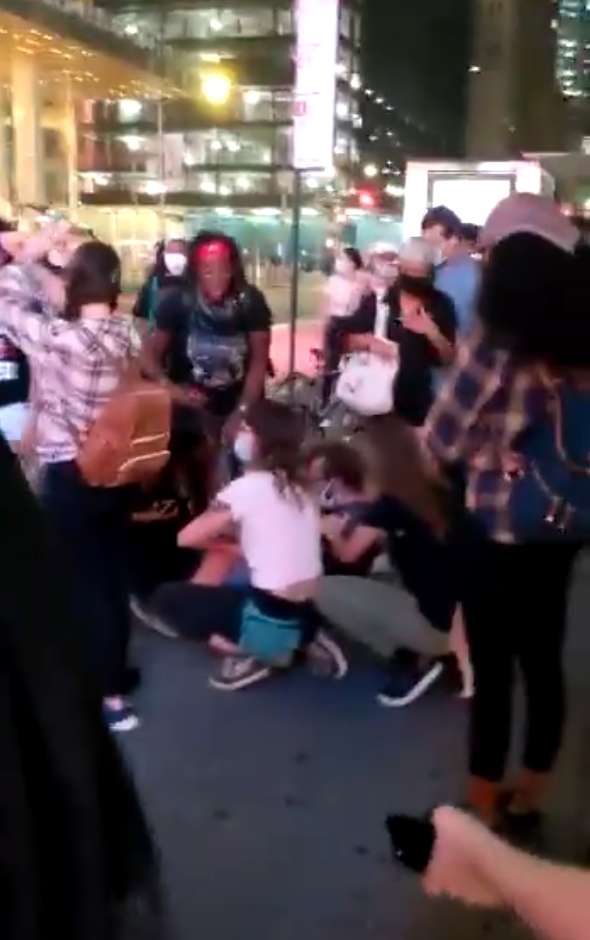 Police said they were investigating what happened.

The incident comes days after a protester died in Seattle, Washington, after a man barreled through a panicked crowd of protesters on Interstate 5 on Saturday morning.'

Summer Taylor, 24, was killed and Diaz Love, 32, remains in serious condition after the driver, identified as Dawit Kelete, a 27-year-old Black man, allegedly rammed into them on the highway.

A graphic video posted on social media showed the white Jaguar racing toward a group of protesters who are standing behind several parked cars, set up for protection.

The car was seen swerving around the other vehicles and slams into the two protesters, sending them flying into the air.

Christmas 2018: What Stores Are Actually Open On The Holiday?