Villagers are furious over controversial plans for a new studio to host Japanese tea ceremonies and sushi-making courses – which they claim is a ‘smokescreen’ to build a house on the site of an old barn.

James Tran angrily denied locals’ claims he planned to move in to the proposed arts centre in South Green, near Stockbury, calling them ‘completely untrue’ because he had his own house in London.

Mr Tran has been in a battle with Maidstone council for nearly three years to get approval for the project, after neighbours have continuously claimed the plans are a sham. 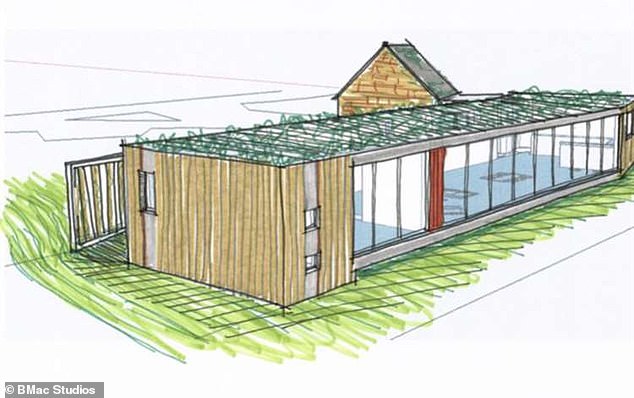 James Tran angrily denied locals’ claims he planned to move in to the proposed arts centre in South Green, near Stockbury (seen here in a drawing submitted to the council in 2017, which were rejected)

In March 2019, he submitted a similar application for a tea house, which was denied on the grounds it could harm the character of the local area and cause damage to natural habitats.

Mr Tran appealed to the Secretary of State, but this was also rejected.

Now neighbours in South Green have united to block the latest attempt by filing a series of objections to the council.

Local resident Chris Adam said: ‘During the last 12 months, I have observed the applicant and/or individuals known to the applicant, to be using the site in what appears to be a residential way, including staying overnight.

‘I am extremely concerned about the negative impact the proposed development will have on my privacy, especially as the site would be used for the intended purpose on a Saturday.’

Fellow South Green resident Chris Mansfield added: ‘The applicant is already effectively living most of the time at the property.

‘I believe this application is bogus, and is an attempt by the applicant to obtain a residential property by spurious means.’

Cllr Patrick Garten said he was made aware people were living at the property in the summer and a portable toilet was introduced to the property, as well as a barn with cooking facilities.

In a letter sent to the council he suggested putting a condition to suspend development rights if the claims are true and the application is approved. 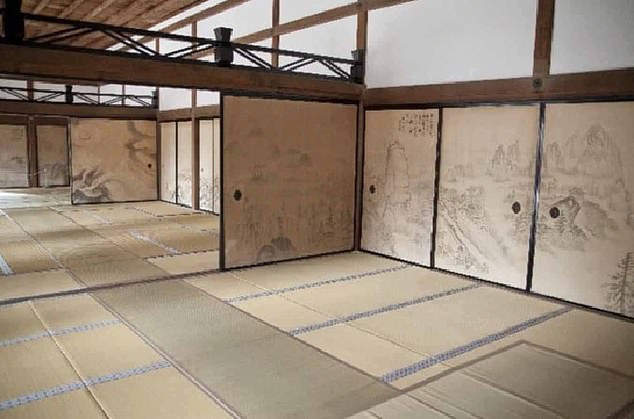 Another local, Dan Butterfill, argued the tea house would not fit in with the surrounding landscape.

‘As before, it is the same desperate attempt to mislead in order to get planning permission for a dwelling rather than a ‘Tea House’,’ he wrote.

However, Mr Tran has hit back at the claims, saying they are ‘completely untrue’.

‘I live in Greenwich so I’m rarely at the property,’ he said. ‘It’s been a nightmare trying to get this through the council as it’s the same people objecting each time.

‘I worked in Maidstone when I was younger as an apple picker and fell in love with the countryside and that was the inspiration for this place.

‘I want it to be a small arts centre for people to come in and do some painting, using our team room, take part in sushi classes and see how beautiful the countryside is.

‘It’s designed to be a place of tranquillity and we’ve even been hoping when it’s up and running to set up a class for disabled children in the borough to use it once a month.’

Can I be fined for not wearing a face mask in shops and takeaways?