Fight over CRT pits neighbor against neighbor in Virginia

In Loudoun County, Virginia, standing up against critical race theory has consequences.

“I had my own family criticize me openly, and asked me you know, what’s wrong with me? You know, why didn’t I understand?” says Jessica Mendez, mother of two kids attending Loudoun County Public Schools.

CRT is not taught in LCPS, interim Superintendent Scott Ziegler said, but the battle over the county’s equity initiative has created a bitter divide among parents in the affluent Washington, D.C., suburb.

A Facebook group called “Anti-Racist Parents of Loudoun County” is accused of targeting parents who are “anti-CRT.”

The fight over critical race theory has even pitted neighbor against neighbor. 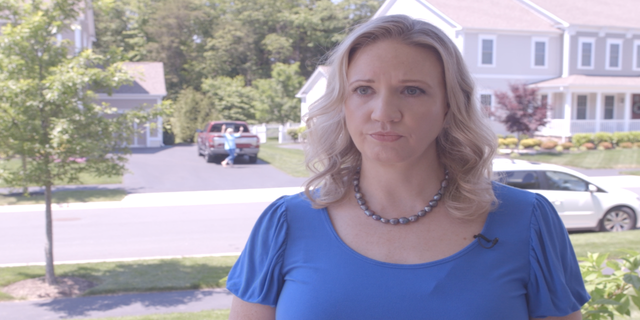 “I thought that I had a good friend,” says Mendez, moments after her neighbor hoisted two middle fingers behind her back while she was being interviewed for this story. “I’m really hurt right now because I thought that we had a rapport, that I could be conservative, and she could be liberal, and we could still be friends. I guess I was wrong.”

Fred Rege, an IT engineer who immigrated to the United States from Kenya as a teenager, has two daughters in LCPS. He says there are dozens of parents just like him who think something should be done, but are afraid to speak out over fears of retribution.

“I finally got to the point where I said, ‘my number one responsibility is my children,’” says Rege. “Even if it costs me certain things in society and canceling from this and canceling from that, you know, I’ll have my dignity. I’ll have my children’s, you know, integrity, and their self-belief, their belief in themselves intact. And that’s worth it.”

“They tried to intimidate us by using social media,” says Menders, “but I’ll be honest, I feel like it’s emboldened my passion for this more.”

This article is part two of an investigation into critical race theory’s impact on Loudoun County Public Schools. Part three will be published on Foxnews.com Friday.

UK airports could be shut within weeks after airlines ground fleets