A building that collapsed last week in Washington, D.C., has left a worker paralyzed from the knees down, according to local reports.

The five-story building was under construction in northwest D.C. when it collapsed on July 1, leaving several people injured, including 27-year-old Leonardo Moreto Da Silva, who was trapped in the rubble for more than an hour.

Da Silva’s sister, Leidiane Guimaraes, told Fox 5 D.C. that her brother remains in the ICU. Doctors told their family that he is paralyzed from the knees down and will now have to use a wheelchair, she told the outlet. 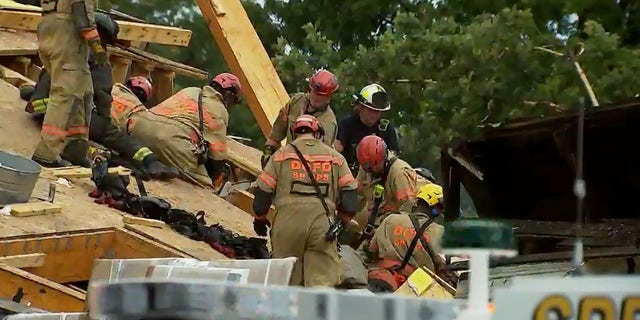 One person was trapped in the rubble for roughly an hour and a half, but firefighters were communicating with him and able to rescue him at about 5 p.m. (DC Fire and EMS)

“My brother Leonardo … came to the USA to pursue his American dream,” Guimaraes wrote on the GoFundMe page. “Unfortunately, his dreams were interrupted by a brutal building collapse in downtown Washington DC on Thursday, July 1st, 2021. Leo was trapped under rubble and miraculously rescued by a special operations team with DC Fire and EMS.”

Guimaraes continued: “Although we are praising the LORD for protecting his life, Leo was left paralyzed and unable to walk. He went through a spine surgery and is recovering at MedStar Washington Hospital Center. He will then be transferred to a rehabilitation clinic to continue his long way to recovery.”

She added that while recovery will be a “very long process,” Da Silva’s family is “staying positive and believing in the power of God and in the great medical team involved in his care.”

Guimaraes told Fox 5 that her brother studied engineering in Brazil, came to the United States during the COVID-19 pandemic and applied for a student visa. 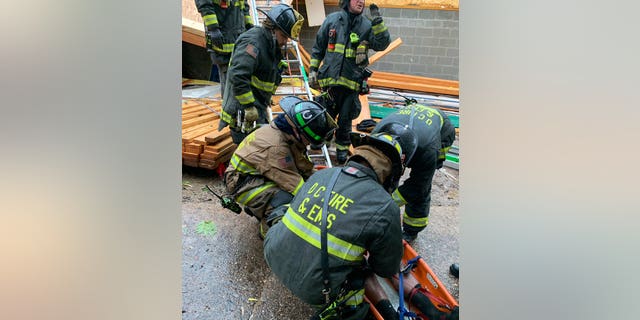 One person was trapped in the rubble for roughly an hour and a half, but firefighters were communicating with him and able to rescue him at about 5 p.m. (DC Fire and EMS)

A spokesperson for DC Fire and EMS told Fox News last week that while they did not know the exact cause behind the collapse, a severe thunderstorm was passing through the area at the time the building went down.

Four other people, not including Da Silva, were immediately helped out of the collapsed building and transported to a local hospital when first responders got to the scene at about 3:30 p.m. Their injuries were not life-threatening, officials said.

A video posted by DC Fire and EMS showed multiple firefighters using saws and other tools to try to dig through the rubble.