HURRICANE Nicholas has made landfall bringing dangerous storm surges and widespread flooding across the Texas coast.

Storm trackers correctly predicted the hurricane would make landfall by Monday, September 13, as it grew stronger as it moved toward the coastline. 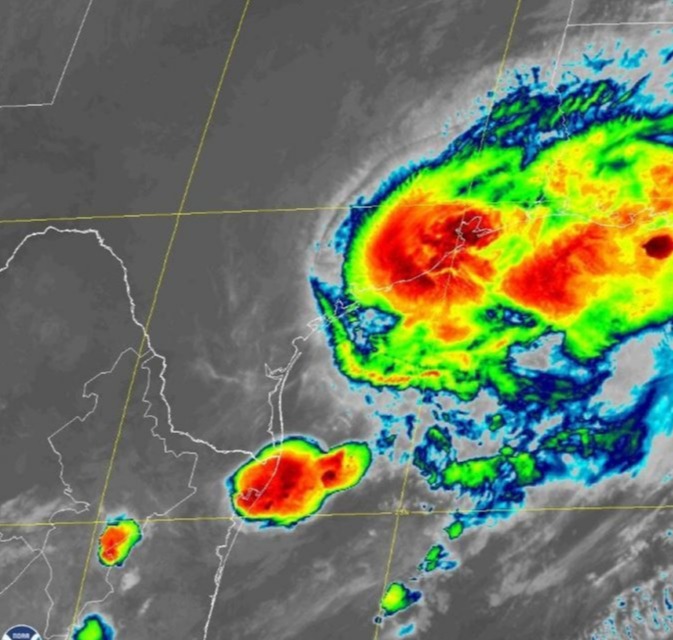 What category is Hurricane Nicholas?

It strengthened as it closed in on the Gulf Coast, threatening to bring heavy rains and life-threatening flash flooding to Texas and Louisiana.

What does category 1 mean?

Hurricanes are measured on the Saffir-Simpson Hurricane Wind Scale, which runs from Category 1 up to Category 5.

Although the hurricane category scale has evolved over time, it currently only measures the wind speeds produced by a hurricane.

In a Category 1 hurricane, winds will range from 74 to 95mph.

Category 1 hurricanes usually cause no significant structural damage, but they can topple unanchored mobile homes, as well as uproot or snap weak trees.

Even though it is the least dangerous type of hurricane, the storms can still produce widespread damage and can be life-threatening.

Where has Hurricane Nicholas hit?

Hurricane Nicholas made landfall along the Texas coast, bringing the threat of up to 20 inches of rainfall to parts of the Gulf Coast.

Nicholas touched down on the eastern part of the Matagorda Peninsula – about 17km southwest of Sargent Beach, Texas.

It brought 75mph winds, according to the National Hurricane Center in Miami.

Nicholas was the 14th named storm of the 2021 Atlantic hurricane season, which is currently at its peak, with five tropical disturbances being monitored across the Atlantic basin.

Nearly all of the Texas coastline was under a tropical storm warning which included potential flash floods and urban flooding.

Texas Governor Greg Abbott said authorities placed rescue teams and resources in the Houston area and along the coast.