THE UK’s entire 67 million-strong population is living under some sort of Covid-19 restrictions, though the severity of the rules varies hugely.

In England, to tackle a swiftly accelerating second coronavirus wave, areas have been categorised in tiers of one to three – here are the locations currently tagged as the highest level, Tier 3. 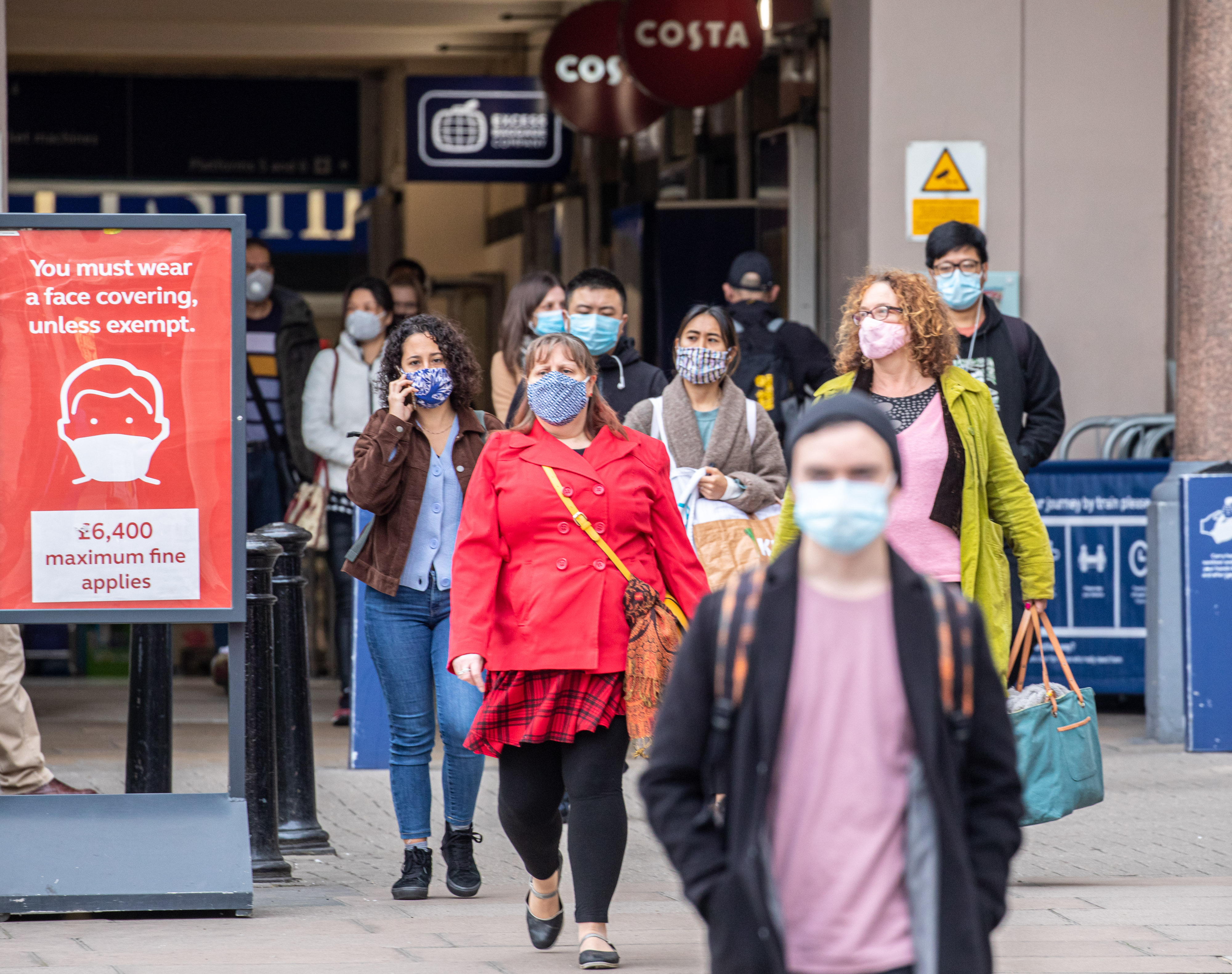 What is Tier 3 lockdown?

Tier Three has the most serious measures – including a closure of pubs and bars and a ban on overnight stays outside the home.

However, restaurants and "food-based" pubs can remain open and you're allowed to order an alcoholic drink as long as it is with a "substantial meal".

Casinos, bookmakers and gyms are also shut under Tier 3.

Local politicians will decide whether businesses in the personal care, entertainment, sports and leisure should remain open – like beauty salons and sports.

Non-essential travel is advised against, as well as travelling outside the area in which the restrictions have been imposed.

PM Boris Johnson said: "The exact restrictions at this level, Very High, will be worked out with local leaders, along with tailored packages of support."

The move will come as another blow to the hospitality industry left reeling after a 10pm curfew already in place. 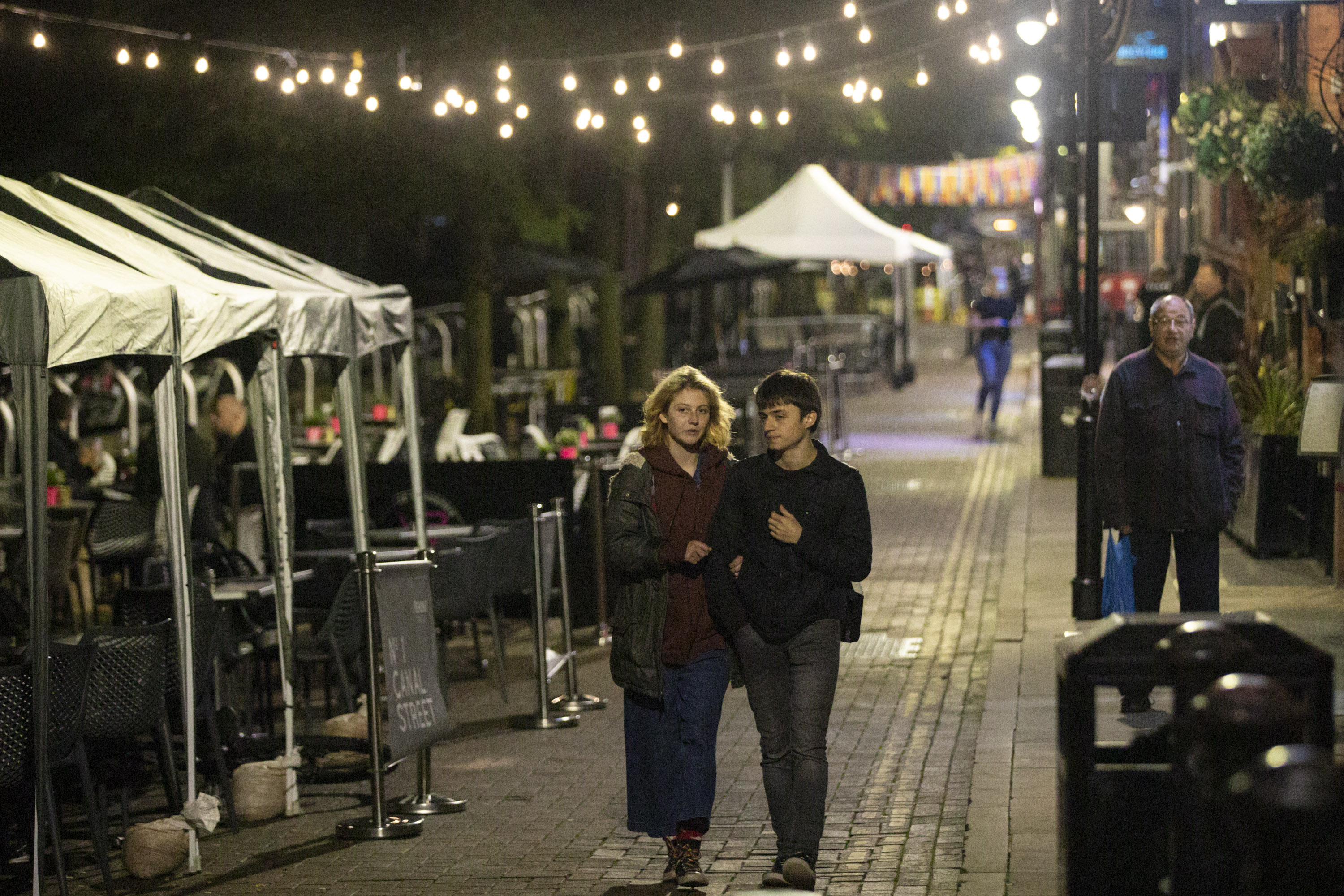 Which areas are under Tier 3 lockdown restrictions now?

Areas currently under Tier 3 restrictions are: 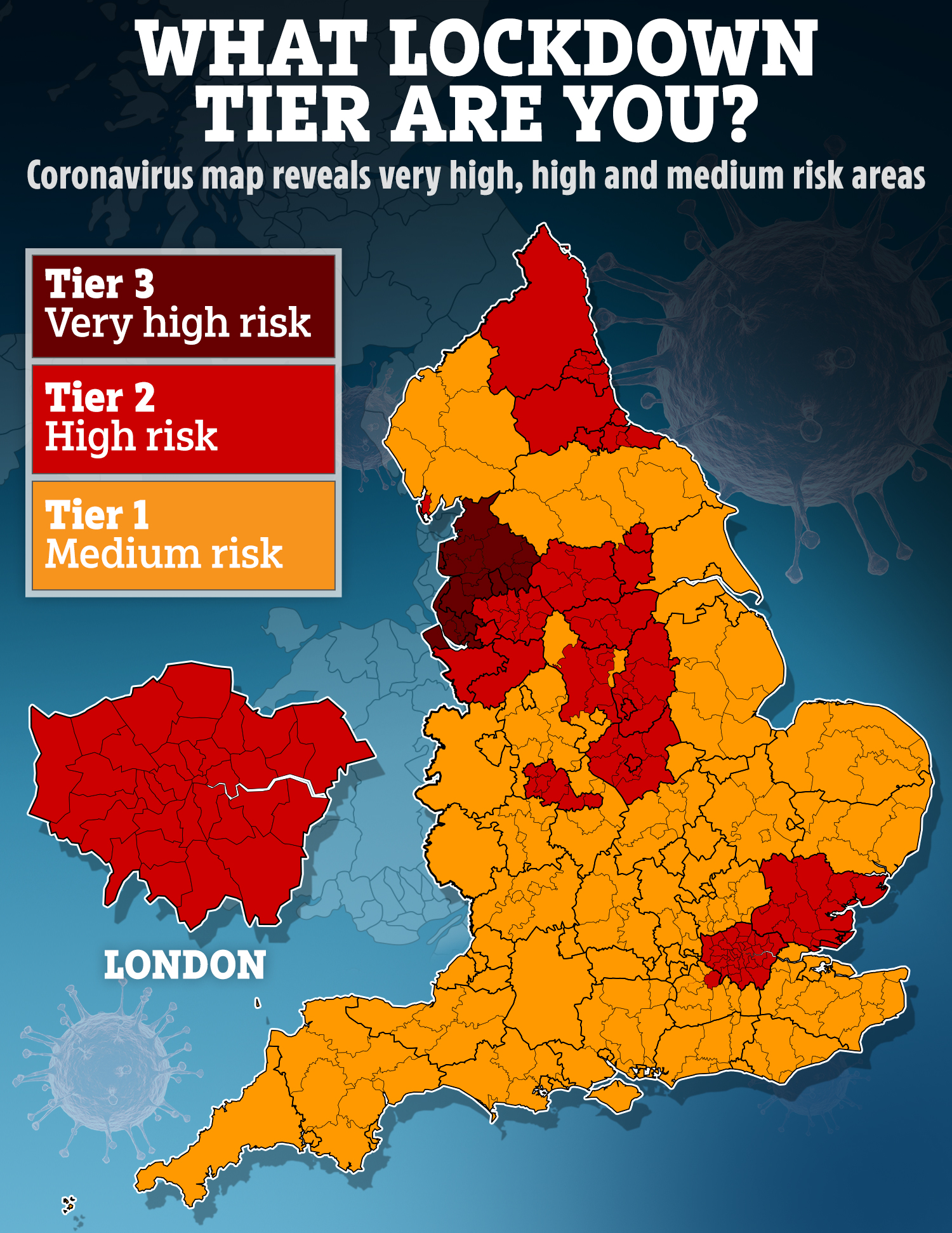 Will Manchester move into Tier 3 lockdown?

Manchester is set to be plunged into Tier 3 after tense crunch talks with Downing Street have resulted in an angry stalemate as both sides continue to fight over a deal.

Communities Secretary Robert Jenrick warned civic chiefs that they have until midday on October 20 to reach a deal or face unilateral Government action.

Leader of Manchester City Council Sir Richard Leese acknowledged officials would have no choice but to comply if ministers decided to impose the most stringent Tier 3 restrictions.

Other places at risk of moving into Tier 3 lockdown include South Yorkshire, West Yorkshire, Nottinghamshire, the North East and Teesside.

Health Secretary Matt Hancock said he would talk with local officials in all of these areas.

But, Hartlepool Borough Council leader Shane Moore said no talks had happened since October 16, when the Tees Valley and the North East were given a reprieve from the toughest measures.

He tweeted that talks in relation to Hartlepool and wider TeesValley going into Tier 3 were "untrue" and "if anyone suggests it to me this week they'll be told to sod off."

Asked if Hartlepool will be placed in Tier 3 next week, Mr Moore replied on Twitter: "Not unless I am presented with clear evidence that the current restrictions are not working and that serious hospital admissions are causing strain on local health services."

Ben Houchen, the Tory elected mayor for Tees Valley, said he had received a reassurance there were no plans to put them in Tier 3.

He tweeted: "After today's statement, I spoke to Matt Hancock's team and I was pleased that they confirmed what local leaders were told on Friday – that there are NO imminent plans to move our area to tier 3. " 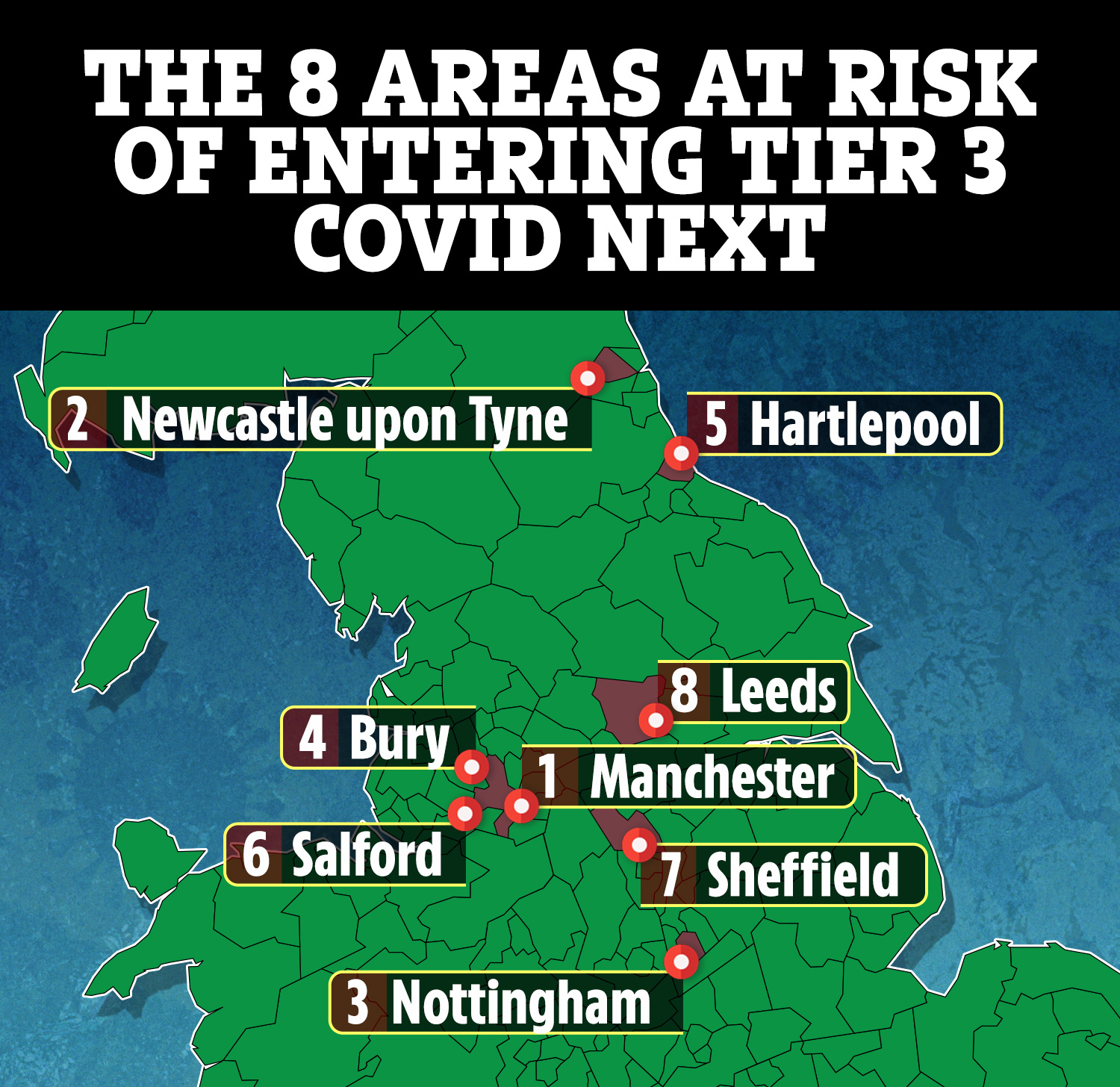 What are the tier 3 restrictions?

Tier 3 covers areas with a very high level of coronavirus infections and mean that:

For those areas placed under a very high alert level, the government will also try to agree additional interventions with local authorities, including: 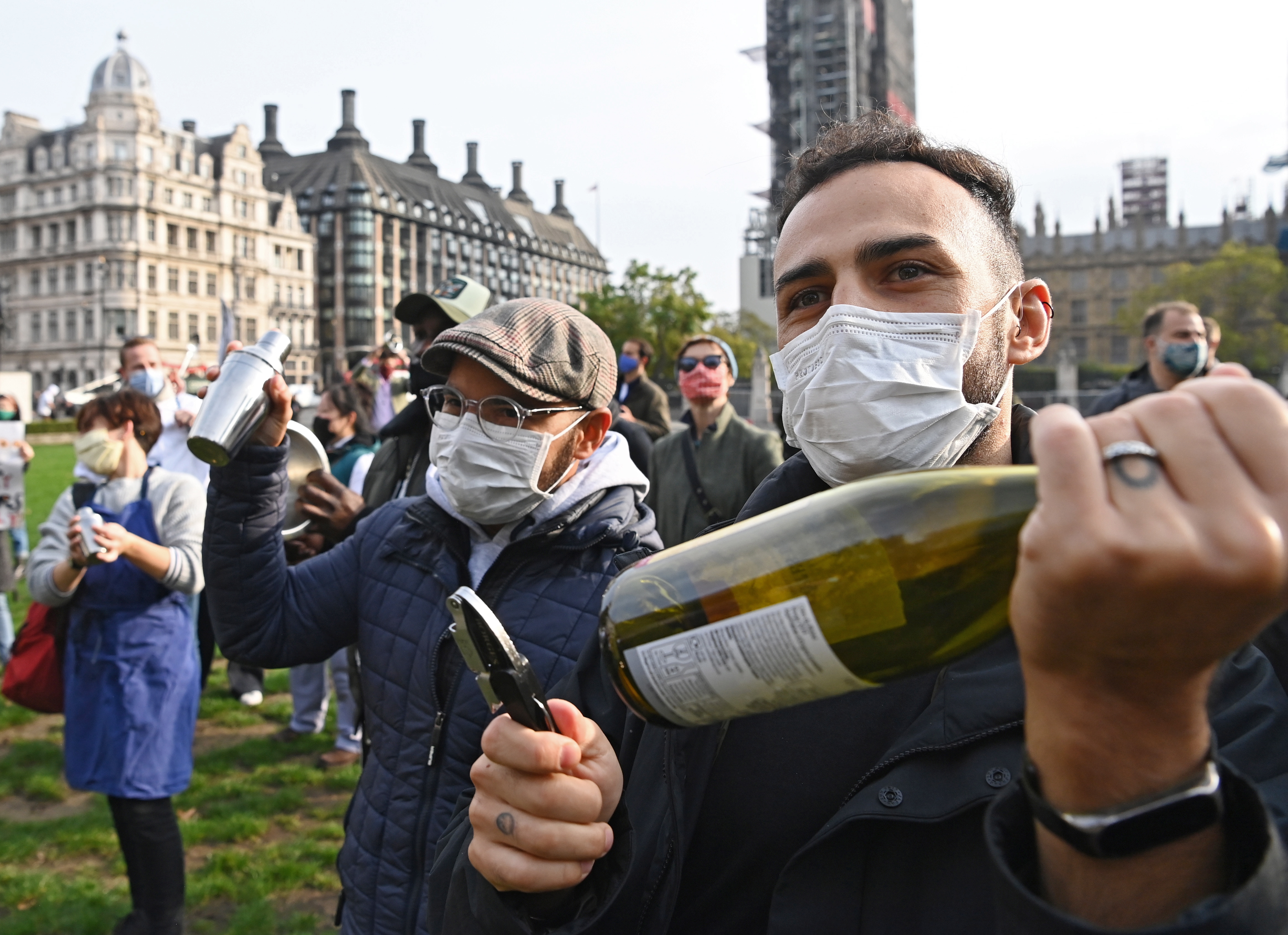 When do Tier Three lockdown restrictions come into force?

Restrictions in the Liverpool City Region came into force at midnight on Wednesday October 14.

The rules in Lancashire were enforced on Saturday, October 17.

If the government has its way, Greater Manchester will shortly join those areas in Tier 3.

Leaders have been given deadline of noon on October 20 to reach an agreement on greater restrictions or face unilateral Government action.

It's not clear when the higher tier controls would be put in place.

The measures will be reviewed every four weeks, but this does not necessarily mean they will be in place for a specific amount of time.

The restrictions will be eased depending on the current data.

The PM said: "Areas within the Very High Alert category will be reviewed every four weeks and nowhere will be shut down indefinitely."

But it's been insinuated that some of the restrictions could be in place for six months.

Council is slammed for 'historical wokery' over plans to remove statue