TWO celebrities have just reignited the popularity of the Grace Kelly challenge on TikTok.

The viral trend involves users performing the tricky harmonies from a famous song. 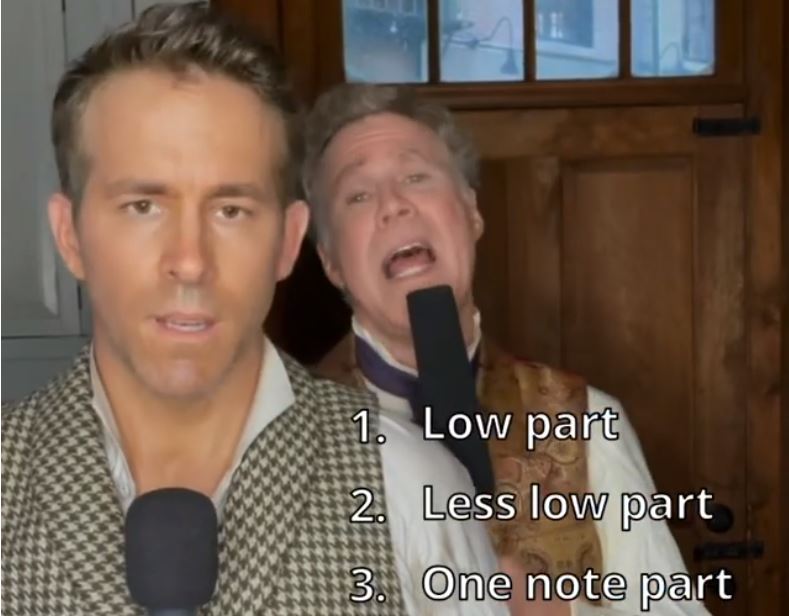 What is the Grace Kelly challenge on TikTok?

The trend sees users perform the harmonies from the song.

The TikTokers then have their voices, in different pitches, overlapping as they move to even higher tones.

They go from the lowest note to the slightly less low part, then move to the high note, until they finally try to hit the extremely high vocal note.

In the end, they finally try to reach the famous high note Mika used in the tune.

Who has done the Grace Kelly challenge on TikTok?

Ryan Reynolds, 44, and Will Ferrell, 54, who have been working together on the Christmas musical film Spirited, hopped on the Grace Kelly challenge bandwagon.

At first, it seems like Ryan is the only one doing the challenge.

But as he tries to hit all the notes correctly, Will suddenly enters the picture from the right and hilariously sings the high note.

Will goes on to add more of his own harmonies as he hits higher notes while Ryan pretends to be annoyed.

In the caption, Ryan said: "Late to the Grace Kelly Tik Tok trend but WAY early for our Christmas movie musical."

Who is Grace Kelly?

Mika's song is titled after the Princess of Monaco, Grace Kelly.

Grace was an American film actress.

She starred in several big films in the early to mid-1950s before becoming the Princess of Monaco by marrying Prince Rainier III in April 1956.

The actress gained stardom from her performance in John Ford's romance Mogambo, for which she was nominated for an Academy Award for Best Supporting Actress.

The star died in Monaco at the age of 52 from injuries sustained in a car crash the previous day.

She is listed 13th among the American Film Institute's 25 Greatest Female Stars of Classical Hollywood Cinema.

Her son, Prince Albert, helped establish the Princess Grace Awards in 1984 to recognize emerging performers in film, theatre, and dance.

Where is Michael Barton now?