Here’s a hint: Noem greeted President Donald Trump with a four-foot replica of Mount Rushmore that included his face when he traveled to the monument for a speech on July 3. The tidbit was part of a Times story about how Noem — and others — appeared to be sniffing around for Vice President Mike Pence’s job.

Noem was the first to publicly reveal Trump’s desire to add his image alongside the 60-foot faces of Presidents George Washington, Thomas Jefferson, Abraham Lincoln and Theodore Roosevelt carved into the mountain.

Noem spilled on a 2018 South Dakota version of Carpool Karaoke that the first time Trump shared his dream with her in the Oval Office, she thought he was joking, the Argus Leader reported. 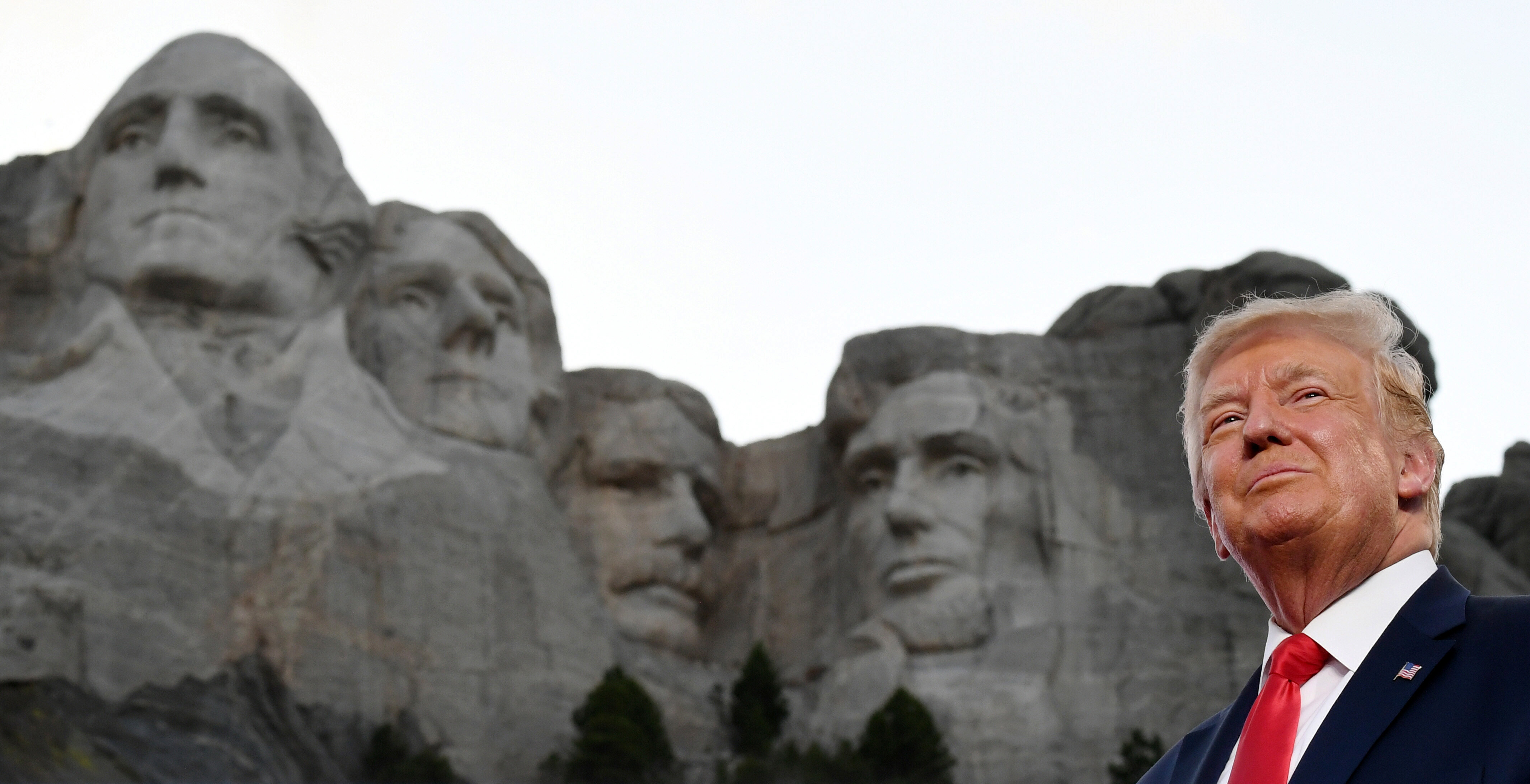 “Do you know it’s my dream to have my face on Mount Rushmore?” he asked Noem, who was still in Congress at the time and running for governor. “I started laughing. He wasn’t laughing, so he was totally serious,” she recalled.

A Tulsa World cartoonist had even envisioned Trump on the mountain the previous year:

During a rally in Youngstown, Ohio, in 2017, Trump also raised the possibility of his face set in stone — but didn’t quite commit so people wouldn’t laugh at him.

The only response to the Times about the story from the White House was to note that Mount Rushmore is a federal, not a state, monument.

For anyone concerned about Mount Rushmore changes, there’s no more room for a presidential face, according to officials.

Postman hopscotches up garden path as he delivers the mail