Wisdom the albatross has laid another egg at her nest site in Midway Atoll National Wildlife refuge on a tiny island about 1,200 miles northwest of Hawaii, in the Pacific Ocean.

Biologists believe Wisdom is at least 68 years old, forcing them to re-evaluate the age which they expected albatrosses to live to.

Albatross mate for life, but will recouple if a partner dies. The current age of her mate Akeakamai is not known, but the pair have been together since 2006. 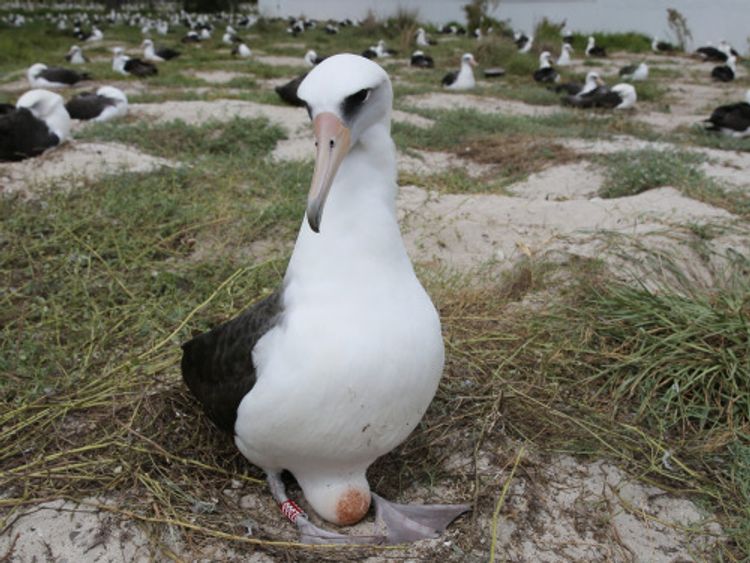 “She first appeared back at her traditional nest site on November 29 and biologists on Midway have confirmed that she has laid an egg,” a statement from the US Fish and Wildlife Service Pacific Region said.

“Wisdom and her mate Akeakamai return to the same nest site on Midway Atoll each year. Biologists call this type of behavior ‘nest site fidelity’.”

Albatross lay a single egg and incubate it for just over two months before they spend another five months rearing it to fledgling status after it hatches.

During that time, Wisdom and Akeakamai will take it in turns to sit on the egg or tend to the chick as the other searches for food at sea. 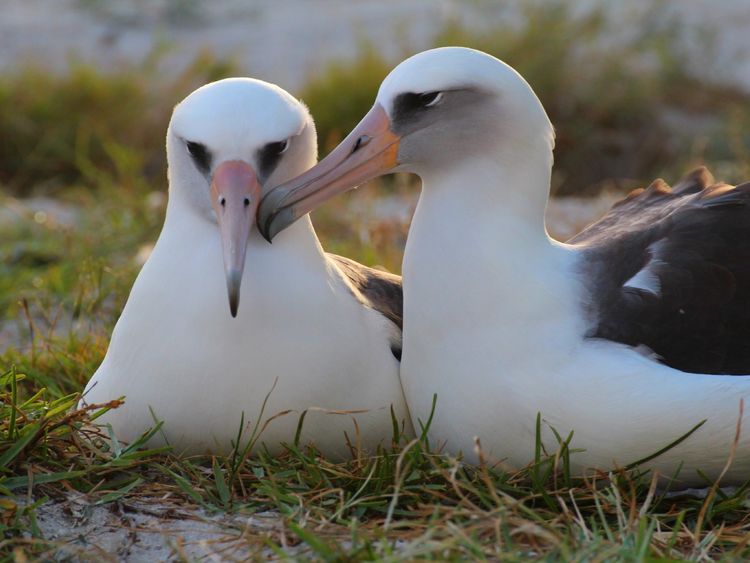 It is thought that Wisdom, a Laysan albatross, has reared between 30 and 36 chicks in her life.

The chick she produced in 2001 was observed just a few feet away from her in 2017, providing further evidence that albatross offspring return to their parents as they get older.

“If you can imagine when Wisdom returns home she is likely surrounded by what were once her chicks and potentially their chicks. What a family reunion!”

The USFWS says nearly 70% of the world’s Laysan albatross and almost 40% of black-footed albatross rely on the reserve. 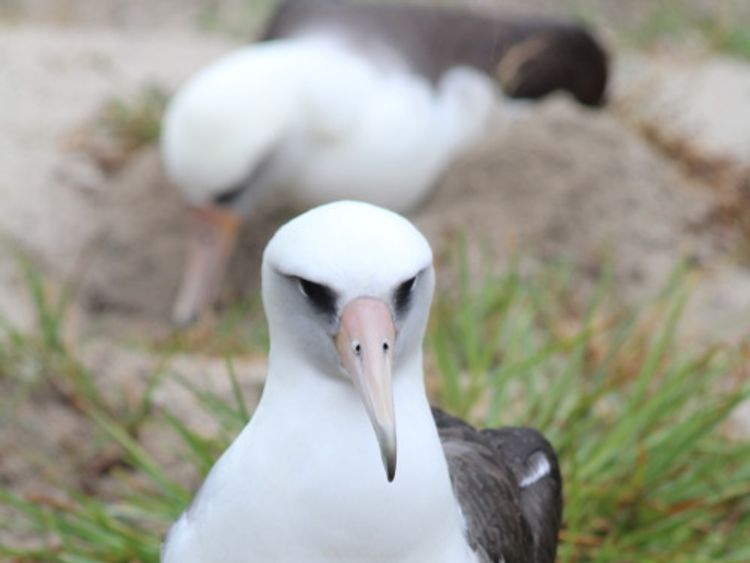 There are around three million birds on the atoll, about 1.2 million of which are albatross – providing a crucial refuge for the birds, most species of which are at risk due to loss of habitat, ocean plastic and commercial fishing practices, according to the WWF.

Wisdom was first ringed in 1956 at a time when Midway Island was a strategic outpost for the US Navy.

The biologist who ringed her then rediscovered her 46 years later in 2002 while surveying an area he had previously visited.

It was because she was a fully developed adult bird when he first saw her that he was able to determine her minimum age.

In 2006, she was seen again and from that point, after her age was recognised, she began to be monitored regularly.

While the Laysan albatross does not have the wingspan of the wandering albatross – the largest wingspan of any bird – like other species they spend most of their lives in flight over the oceans.

It is thought Wisdom has travelled more than three million miles in her lifetime.