The story of Minnesota Lynx star Maya Moore and Jonathan Irons, who had been in jail since he was 16 and served 23 years for a murder he did not commit, already had a happy ending. Moore took a two-year sabbatical from the WNBA to help Irons overturn his conviction, which culminated in July with his release from prison.

How could this story have an even happier ending? With a marriage announcement, of course.

Moore and Irons appeared on “Good Morning America” on Wednesday, and opened the interview with host Robin Roberts by announcing that they’ve been married for several months. The happy couple was positively beaming as they discussed their love story, and how their affection blossomed over more than a decade.

While Moore has spent the last two years helping Irons overturn his conviction, they’ve actually known each other for 13 years, when an 18-year-old Moore was introduced to Irons and his story of wrongful conviction by family through a prison ministry program. She was interested in learning all about his case, and how she could help him.

They developed a friendship as they began the work of overturning his conviction, which over the years turned into strong feelings of love and affection.

“I got to know him, and over the last 13 years we have just developed a friendship and entered into this huge battle to get him home,” Moore said. “Over time, it was pretty clear what the Lord was doing in our hearts. Now we’re sitting here today, starting a whole new chapter together.”

Irons originally asked Moore to marry him several years ago, but he was cognizant of what would mean for Moore if she said yes. She would be committing herself to an incarcerated man, which could be difficult and painful. He didn’t want her to feel trapped, and wanted her to feel like she could exit the relationship anytime if it became too hard for her. He asked her, but he wouldn’t let her answer him yet.

“I just want you wait until I’m home,” Irons remembers saying to her. “Because in my mind, I didn’t know if I’d be home. And she’s such an amazing, beautiful person, I could never trap her or not let her fulfill her dreams of being a wife and being a mother one day.”

When Irons got out, everything changed. Just hours after he was released, tired but still full of excitement from finally stepping back into the world as a free man, Irons asked Moore to marry him. She eagerly accepted. They got married a short time later at a masked and socially distanced ceremony in front of family and friends. 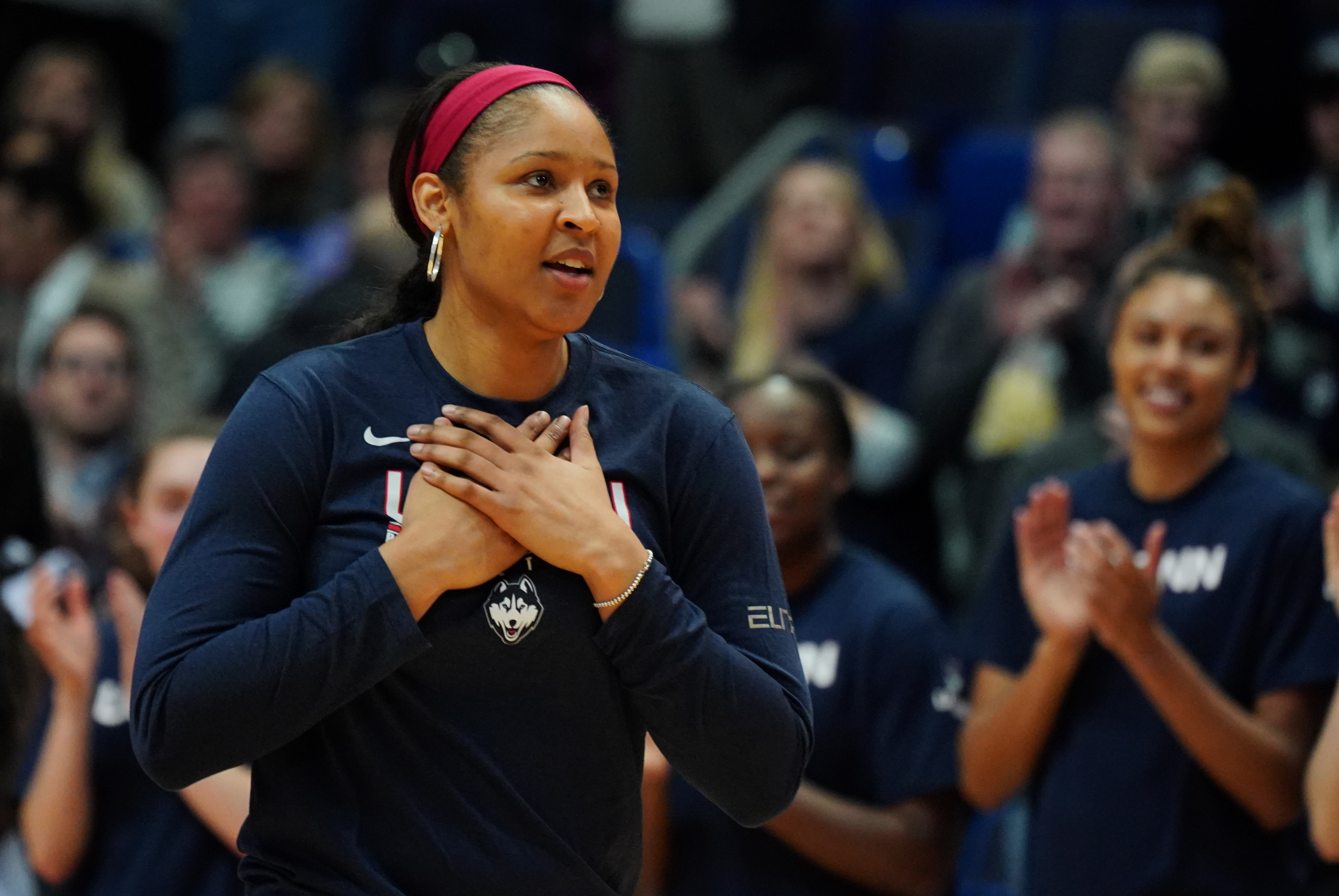 Moore unsure if she’ll return to WNBA next year

Moore’s reason for taking two years off from the WNBA was to help Irons overturn his conviction. With Irons now a free man, Roberts wanted to know if she plans on returning to the WNBA. Moore wasn’t quite ready to commit to anything just yet.

“So I’m still trying to be so present in this second year away from the game,” Moore said. “I’m hoping sometime in the spring we’ll be able to have a next step moving forward, but right now I am trying to really just breathe from this long, long battle, and enjoy and rest. Again, just being in the moment. There’s a lot of unknowns for a lot of us right now, so I’m still in that camp.